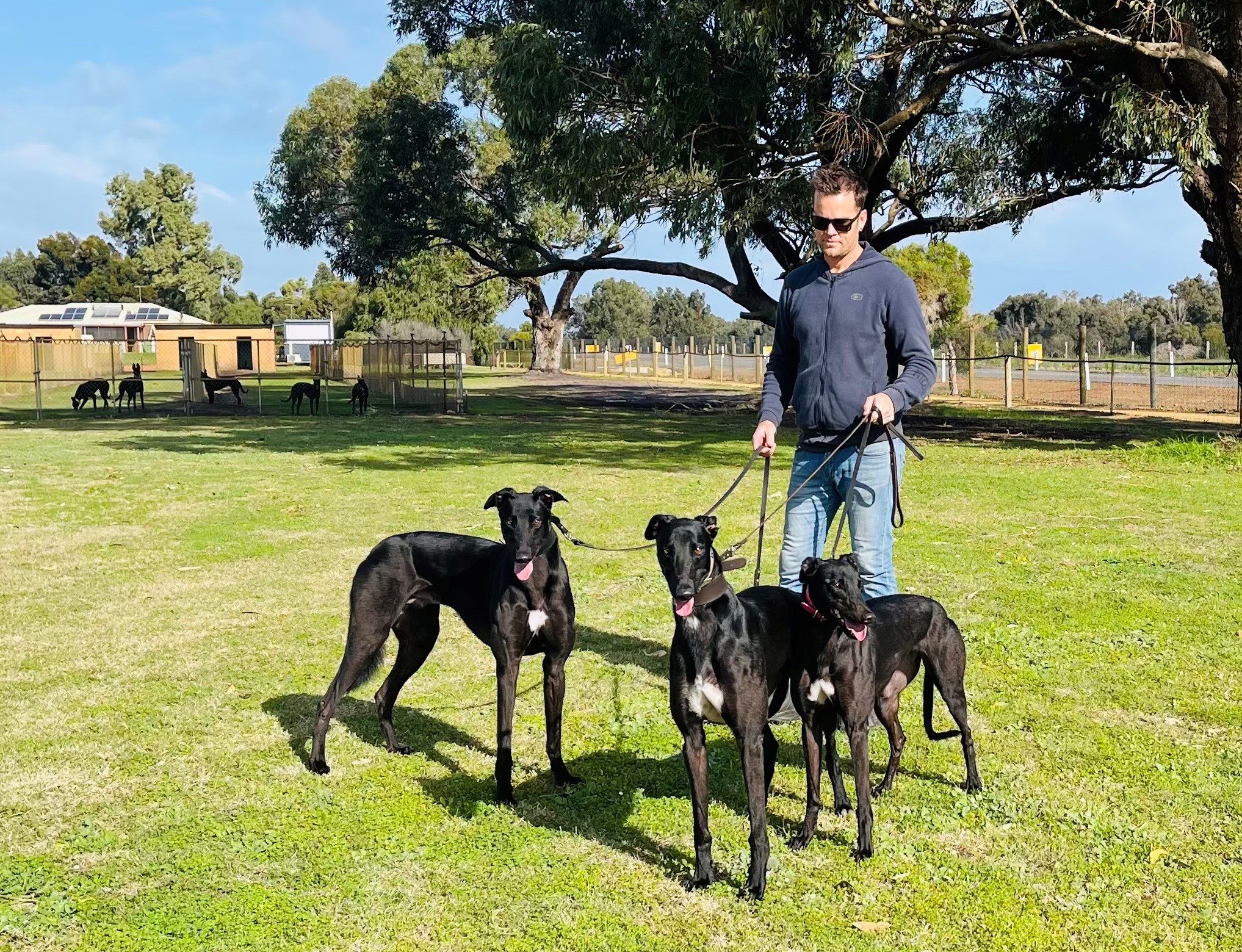 Corey White admits he was in two minds about nominating his greyhounds for the Westcha$e (520m) but the decision has paid off and the Nambeelup based trainer has a trio of chances in the final at Cannington on Saturday.

Got The Sugar, Got The Swagger and Poppa Monno will represent White’s kennel against a cracking field of locally bred dogs in the trophy decider.

“We didn’t know if we’d be throwing them in the deep end with the quality of WA bred dogs for this race,” White said.

“But we thought we may as well have a go because that’s why we breed them, for these Westcha$e incentives and these races that are programmed for the WA bred dogs.

“So we had a crack at the heats even though they were going to be tough.

“All three that have been nominated have made it through to the final and have drawn ok.”

White’s dogs face stern test against the likes of Stout Monelli and WA Derby winner Manzu but come into the race with plenty of momentum.

Littermates Got The Sugar and Got The Swagger have both recorded a top three finish from their past nine starts while Poppa Monno has notched up three wins from his five career starts.

“All three are in really good form at the moment,” White said.

“As far as box draws go, Got The Swagger is suited out wide in the seven, Poppa Monno has already won from box one and Got The Sugar (3) has proven that she can win from anywhere.

“Stout Monelli, who is drawn in the 4, isn’t always the best of beginners so Got The Sugar is a chance drawn next to him.”

The Westcha$e is scheduled for race 4 (8.06pm local time) on Saturday night. 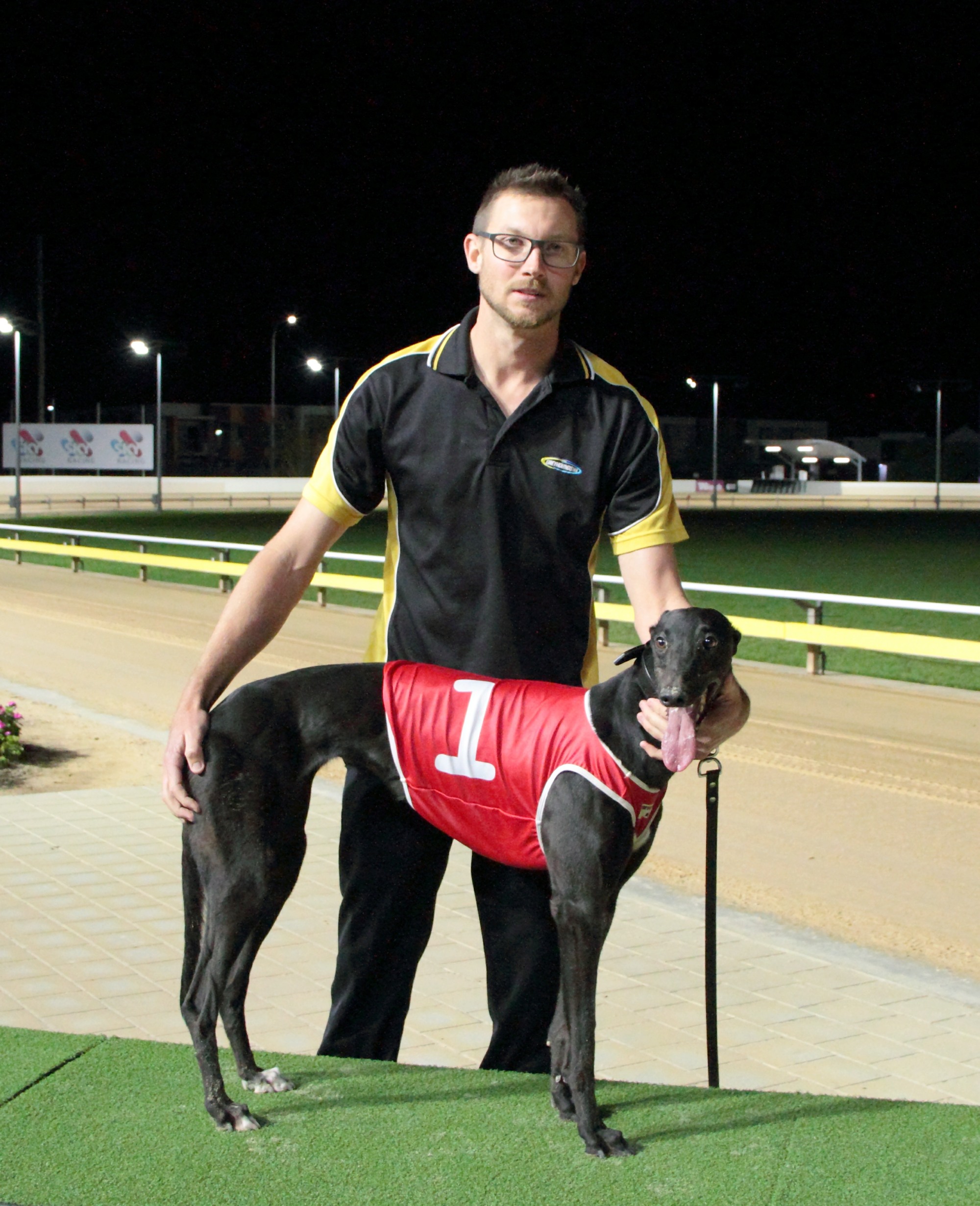 Here’s what Sean Kavanagh and Paul Stuart have to say about their runners in the Perth Cup and Galaxy heats at Cannington on Saturday.

We The People heads into the third heat of the Galaxy on the back of wins in her past four starts where she’ll clash with Sunset Bourbski.

“Unfortunately she’s come up against one of the best stayers in the country.”

“She’s going well and with luck she is capable of running a solid race but is likely racing for a place.”

All Zipped Up contests heat six of the Perth Cup.

“He’s had a freshen up with the Perth Cup in mind.”

“He’s trialled well in the last few weeks but box seven has hindered his chances.”

“Possible place chance if he can get clean running.”

Rapido Lass returns from nearly six months off the track against Shima Shine in heat two of the Perth Cup. Rapido Lass will jump from the pole.

“She’s been trialling well and is ready to go but this is a pretty big ask for her.”

“I nominated her for the Perth Cup series with a hope and prayer that she’d get a draw.”

“She’s got the draw but this field is tough.”

More Deductions goes around in heat four of the Perth Cup where he has box five, on the outside of the wide jumping Star Book in box four.

“He was my leading chance…but he’s drawn on the outside of Star Book…so that’s pretty much it.”

“The odds are stacked against him.”

Rostered Off makes his Cannington debut in heat four of the Galaxy after showing good form in 600m racing in Melbourne. The greyhound arrived in Stuart’s kennels a week and half ago.

“He’s a nice enough dog and he’s settled in well but he’s never raced over the 700m so he’s a bit of unknown quantity.”

“He trialled OK on Tuesday and he’s drawn OK out wide so we’ll see what he does.”

“They (the owners) wouldn’t have wasted their time sending him over if he was no good.”

Tables will be available upstairs, however you will need to get in early. 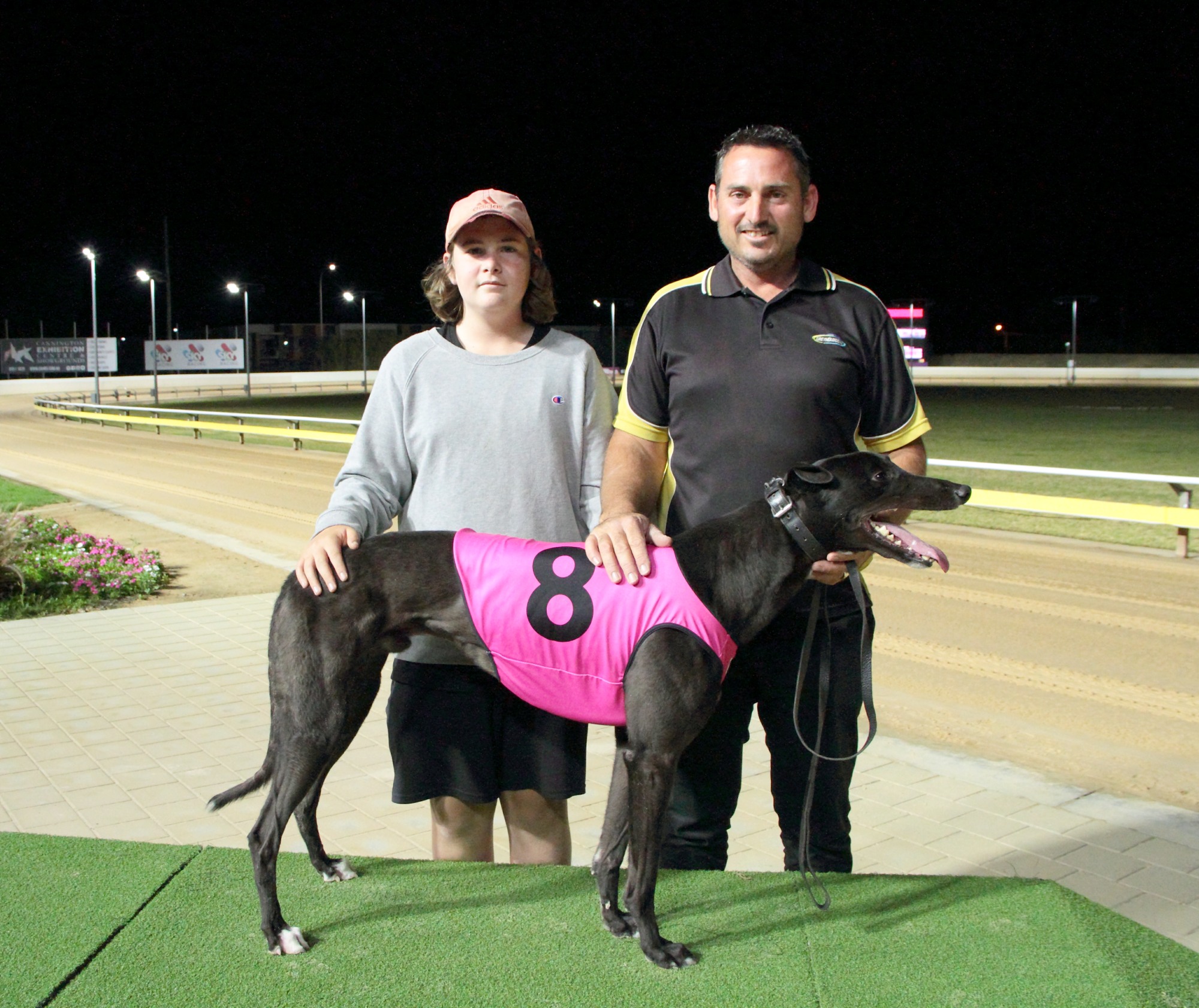 Jackson County in the hunt for Summer Chase

Jackson Country isn’t “just going around” in the final of the Summer Chase (600m) at Cannington at Saturday according to trainer Damien Crudeli.

The consistent chaser comes into the race after a comfortable victory in his heat last weekend.

Despite a brief mid-race falter, where he got wrong footed as he turned into the backstraight, Jackson Country rolled on to win by nearly two lengths in 35.14.

“I was stoked with the run, even with the little ‘brain fade’ he had there,” Crudeli said.

“His first section was really quick and he finished strongly as he always does.

“He’s worked beautifully this week and is looking really good.”

Sir Monty is racing in top form with wins from his past four starts and enters the final after winning his heat by more than five lengths in 34.90.

“It’s a tough race so you can’t be super confident but we’re definitely going in with the aim of a podium finish,” Crudeli said of Jackson County’s chances.

“I was happy with the wide draw because there’s a lot of dogs on his inside that go hard left out of the boxes and he’ll miss all that.

“Obviously he’ll need to start well but if he can straighten up in second or third spot he’ll be in business.

“Can he run down Sir Monty if Sir Monty is on the arm? I don’t know…but he’ll give it a crack.”

In 18 starts for the trainer the powerful running black chaser has finished no worse than fourth place and has racked up six wins during that stretch.

Crudeli has had a lifetime involvement in greyhound racing and was a key component in the rise of ‘Team Crudeli’, working alongside his father Enzo and brother Graham to build what has become one of the successful racing kennels in the state.

In late 2019 Crudeli struck out on his own as a trainer and after slow start in the first few months the kennel, which is across the road from his father’s, quickly built momentum.

With his scrappy team of cast-offs and hand-me-down racedogs Damien zeroed in on a successful formula of targeting country and provincial races.

The approach has paid dividends: Crudeli was second on Mandurah trainer’s premiership table in 2020 with more than 120 winners.

“The system is fantastic because I don’t need to win the bigger races to keep the kennel going,” he said.

“My wife Mandy and the kids are a big part of running the kennel which is great to do it together as family.

“We don’t rush things with the dogs, we take our time with them which creates a good environment and encourages the best out of them.

“A lot of the greyhounds I get have been good dogs in the past or have shown some talent but have tailed off for whatever reason.

“The biggest factor is that we are able to place the dogs into the right races, often in lower grades, and build them up from there.”

“By racing them in the easier company we can build their confidence back and get them winning again.”

Crudeli recently bred a litter of pups which hints at his ambition and future plans expansion for the kennel but he says he isn’t straying too far from what’s worked for him, at least for the moment.

“It’s exciting to have the pups and lot of fun for the kids but I think we’ll keep the breeding as side thing for now because it’s a lot of work,” he said.

As he hits 2021 full of momentum the number of dogs in Crudeli’s kennel continues to grow and he expects to have up to 30 racedogs up and running for him within a month or so.

This year shapes as even better than the last for Crudeli.

Jackson County might just give him a flying start on Saturday night. Trackside activities will conclude after the race meeting (approx 10:30pm) however you are more than welcome to stay and see in the new year.

You are permitted to bring food and non-alcoholic beverages oncourse.
NO BYO ALCOHOL. BAGS AND ESKYS WILL BE CHECKED AT THE GATE.

CHILDREN UNDER 18 YEARS MUST BE WITH A PARENT/GUARDIAN.
UNACCOMPANIED JUVENILES WILL BE DENIED ENTRY.

PLEASE NOTE: No fireworks for NYE 2020

Racing will conclude at approx 10:45pm. Box 1 will remain open until after midnight.

PLEASE NOTE: No fireworks for NYE 2020