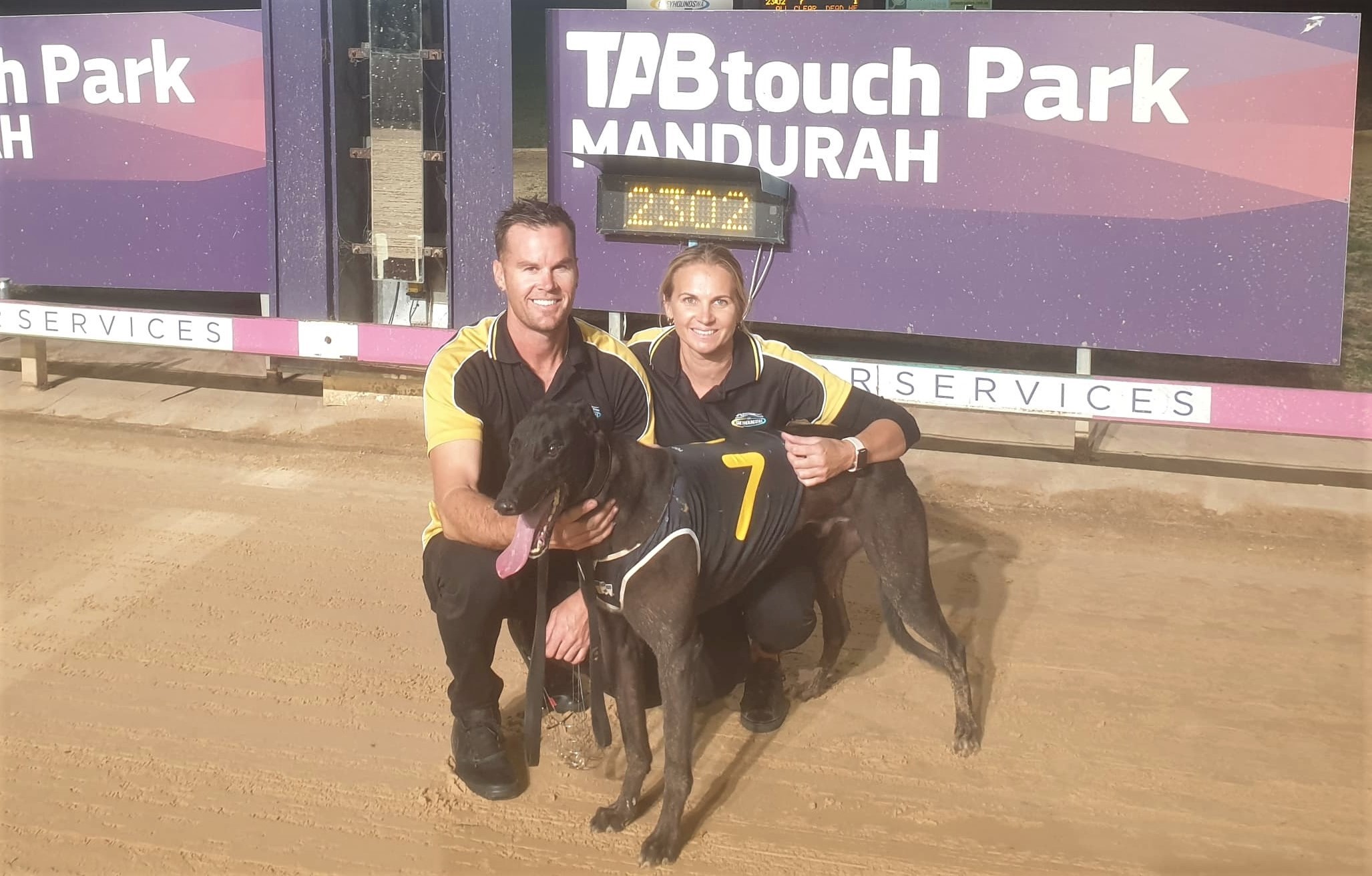 White Ready To Bring The Fury In Great Western

Up and coming chaser Got The Fury can play a big role in the A1 Salvage and Hardware ‘Great Western’ final over 405m at Mandurah tonight according to trainer Corey White.

A winner of five of his nine career starts Got The Fury encounters a quality field, including the fastest qualifier West On True, but is drawn for a forward showing from the prized rail alley.

“He’ll make good use of box one,” White predicted of his greyhound.

“He’s not super quick out of the boxes but he should at least jump with them.

“He handles the bends well and will stick to the rail.”

The 36kg behemoth booked his place in the trophy decider after storming home in the late stages of his heat last weekend to snatch a thrilling victory.

Less than a head separated Got The Fury from three other greyhounds at the finish line.

“You don’t often see a four-way finish like that where all the dogs are so close,” White said.

“It was a pretty exciting win and a great effort from my dog to get up.”

White joked that two things helped Got The Fury secure the win: his big heart… and his big head!

“He’s a big dog and he’s got a really big head with a long snout,” White said.

“It’s the first time his big head has been an advantage.”

Got The Fury is out of the first litter bred by White and his partner Nicole Newman to hit the racetrack.

Got The Sugar, Got The Chops and Got The Swagger (racing Saturday) are from the same Fabregas-Gone To Heaven litter.

“This litter means a lot to us, they’ve kicked off our breeding career,” White said.

“A win on Friday would be extra special.”

White has several other runners engaged over the weekend. Here’s what he had to say about them:

Mandurah Friday
Moon Time (Race 1 N8): “He’s not boxed to suit but with a bit of luck he can be competitive.”

Atomic Rooster (Race 2 N4): “Has got early speed. Should get room to put himself in a nice position early.”

Just Send It (Race 7 N7): “It doesn’t matter where he draws, he always gives his best every week. An eachway chance.

Geared Up (Race 11 N8): “He’s boxed beautifully. He’s run second in his two runs back from a spell and think he can go one better here. He’s my best of the night.”

Cannington Saturday
Got The Swagger (Race 11 N4): “With the vacant box on his outside he should get room to run. If he repeats last week’s effort he shouldAtomic Rooster (Race 2 N4): “Has got early speed. Should get room to put himself in a nice position early.” be hard to beat.”