Archive for The Knocker 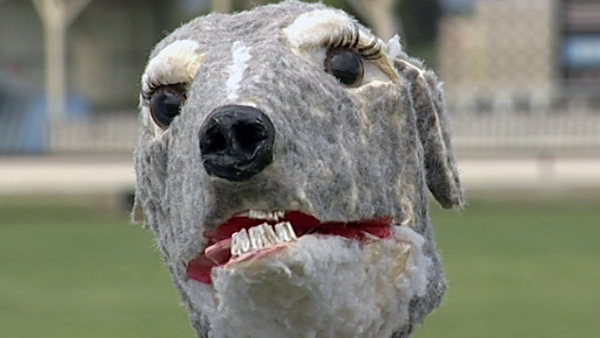 A special address to the nation from The Knocker.

From The Vault 05 – The Knocker

Over a decade ago a grumpy greyhound known as The Knocker made his television debut on our weekly web series ‘Grey Matters’. The Knocker quickly developed a fearless reputation for his accuracy, often putting the knock on some of the industry’s best competitors of the time.

Word on the street is The Knocker is still kicking, and despite looking a little worse for wear, actually shares an office with our Racing Manager Dennis O’Brien.

Today we look back at some classic performances by The Knocker and his loyal sidekick, Grey Matters host Ryan Levitzke.