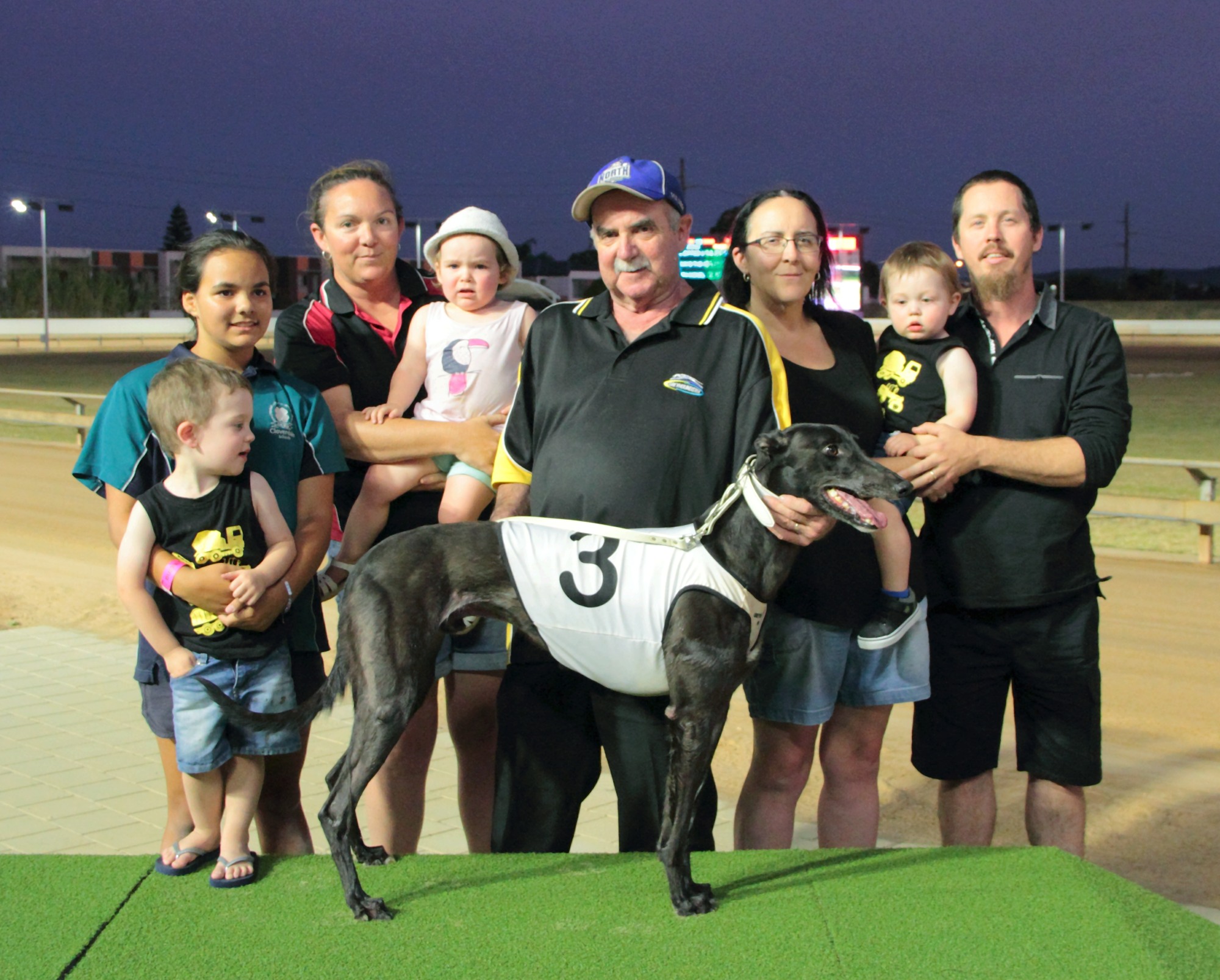 PROPER CHARLIE (Kinloch Brae- Little Charlie) scored a 3 length win in the opening race after railing underneath the leaders coming around the home corner. The John Iwanyk trained dog had been racing without luck after a recent win at the track in a similar time too his winning run of 22.02.

KAT’S HUGHY (Black Magic Opal- Big Kat) was the first of a number of new greyhounds from Victoria now in the care of Joe Dailly. The black dog and fellow Victorian Fab’s Excise showed speed from the middle boxes and he scored by 4 lengths over Bee Dee in 29.92. 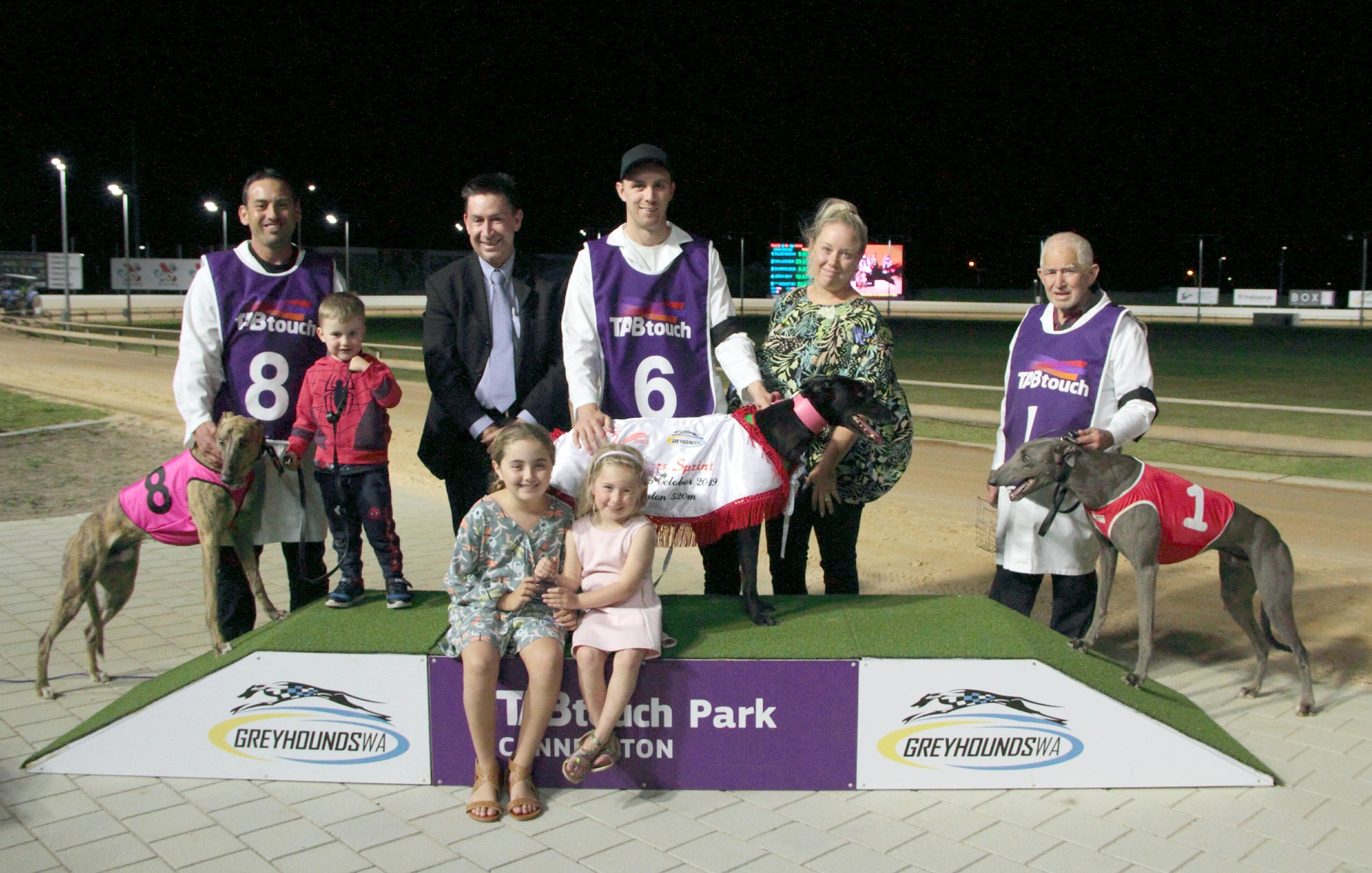 ALICANTE BOUCHET (Kilty Lad- Mighty Chaos) recorded one of his and trainer Ben Rawlings biggest wins in the sport by taking out the Greyhounds WA Gr 2All Stars Sprint final. The SA chaser jumped brilliantly from box 6 and with the favoured runners being checked on the first corner, she raced away to record a 3 length win over Dyna Oscar in 29.75. The black bitch had tried to qualify for the Gr 1 Perth Cup earlier in the year without luck.

ROLO MONELLI (Fernando Bale- Dyna Sandy) ran home strongly to claim the leader Canya Oscar on the home corner before drawing away to win by 1 1/2 lengths in 30.01. The David Hobby trained youngster is yet to turn two years of age, however has recorded 3 wins from 13 starts and another 6 placings.

GOBLIN MONELLI (Magic Sprite- Jackie Bale) dominated at his first try over the 600 metres after leading throughout from box 7. The David Hobby trained dog dropped off his rivals as he went on to score by 7 lengths over Fantastic Ghost in 34.91. The black dog has now won 9 times from 29 starts. 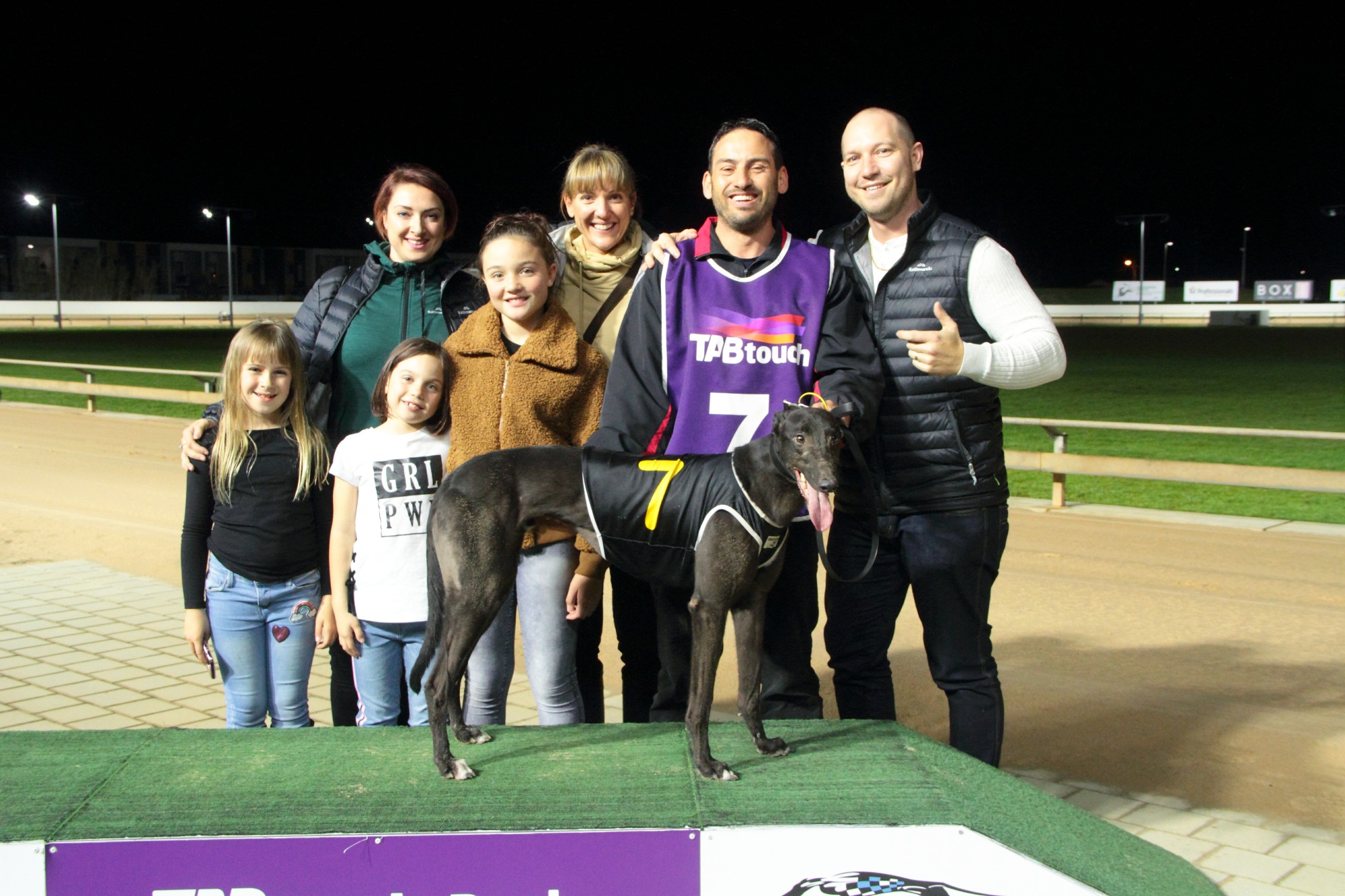 FLYIN’ RYAN (David Bale- Tearsabout Tears) recorded his Maiden win at his second start back from injury. The talented pup was off the scene for 2 months and showed his improvement with a strong finish to score by a length over One Last Hurrah in 22.35 over the 380 metres.

BOOM DOWN (Magic Sprite- Lochinvar Vogue) weaved his way through the field to score a last stride head victory over Back On Lava over the 715 metres. The former Eastern States trained dog recorded his second win over the 715 metes relegating Gr 1 Sky Racing Galaxy winner back to third. The black dog clocked 42.32.   Pictured : Boom Down

EMPTY CHAMBER (Gun Hand- Crystal Hand) showed speed from box 8 and once in front was able to race away from his rivals to score an 11 length win in 29.97. The win was the brindle dogs first in WA since joining the kennels of Terry Erenshaw and takes his career tally to 6 from 46 career starts. 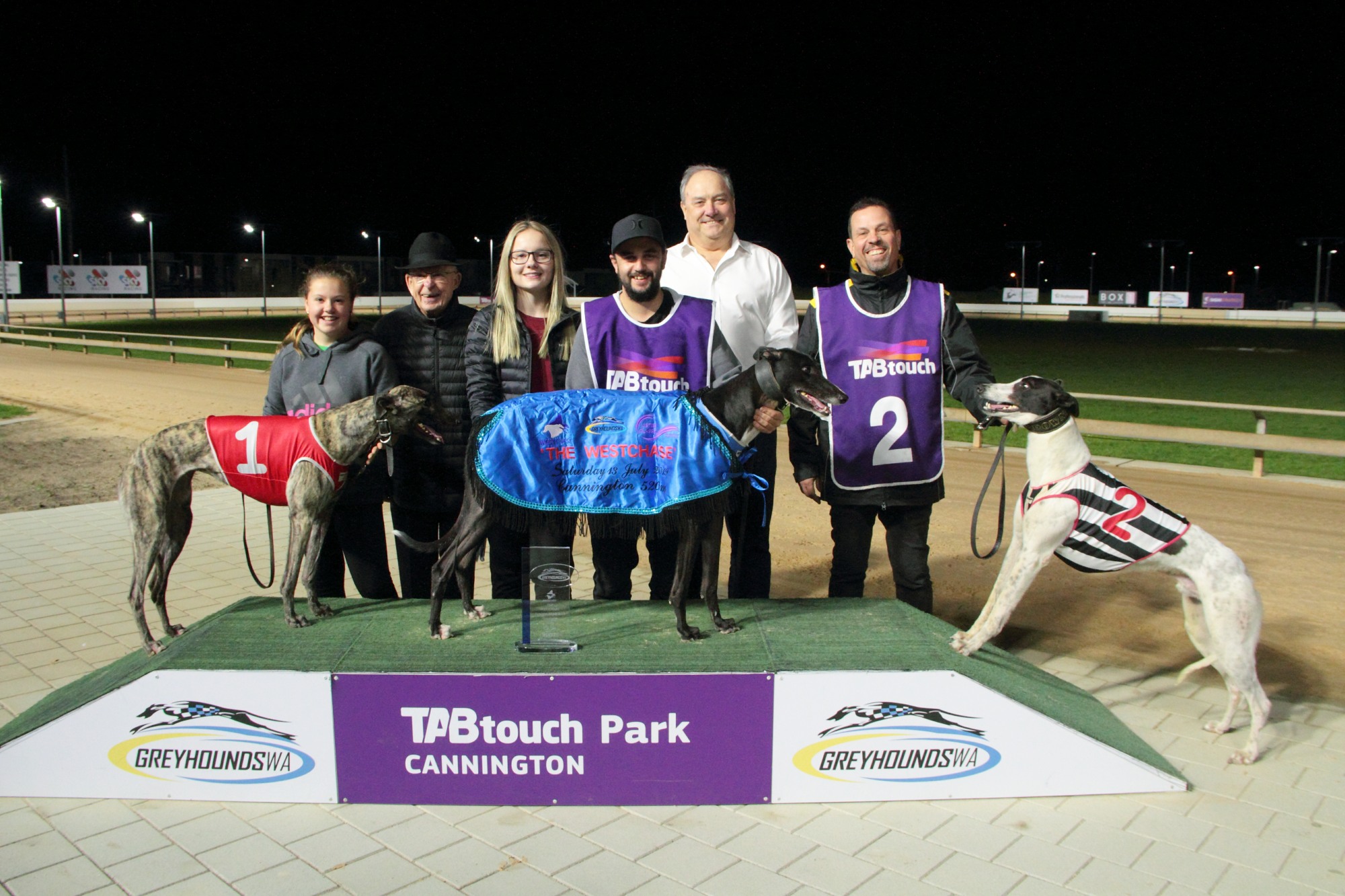 PREMIUM SHARE (Kinloch Brae- Shared Equity) missed the start as a short priced favourite in the final of The Westchase before overcoming all sorts of trouble to score a brilliant win. The Chris Halse trained dog was the quickest qualifier in his heat after leading throughout in 29.59. After being slowly away, the black dog had to travel wide on the first corner and had plenty of work still to do coming to the home corner. He went on to defeat Super Blade by a length in 30.30.

HOSTILE GUESS (Hostile- Viridian) bounced to the front from box rise and was never threatened as he recorded a 4 length win over Amazing Fun in a PB 30.16. The Linda Smithson trained dog recorded his Maiden victory in April and was returning after a few months on the sidelines.

STARLIGHT YOYO (Fernando Bale- Starlight Delly) had to fend off the challenge mid race by Chips And Trains before scoring her third win in a row. The Paul Stuart trained bitch had won her past 2 at Mandurah in quick times before returning to Headquarters and scoring a 1 3/4 length win over Dandalup Casper and Chips and Trains. The black bitch recorded a slick 29.84 in winning. 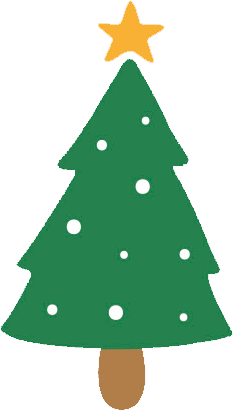 Christmas will come early for the connections of one greyhound at Cannington on Saturday night.

The eight best stayers in the state will compete in the listed Christmas Gift (715m) with a first prize of just under $20,000 on offer.

The race could be determined by the contest between the two greyhounds that are currently vying for the unofficial mantle of ‘top dog’ in our distance ranks: Moment To Jive and Reidy’s Runner.

It’s a classic battle between an established star and an up-and-coming challenger.

Trained out of Sarah Appleton’s Canning Vale kennels Moment To Jive represented WA in the National Distance final in September, was runner-up in the Galaxy and has racked up a heap of wins this year but her ascendancy is under threat from Reidy’s Runner.

After working up to the 715m journey after some success in 600m racing Reidy’s Runner has now saluted in three of her past four starts.

The Christine Bennett-trained racedog has defeated Moment To Jive in two of their past three encounters and the strong running powerful is racing with great confidence.

The veteran chaser, now under the guidance of Enzo Crudeli, has been a brilliant money-spinner since mid-Oct.

Dyna Dean has won five races and hasn’t missed a spot on the podium in his last ten attempts.

Rockstar Patriot has his first start in WA for trainer James Jefferies and was in good form prior to his arrival while West On Hawkeye is a last start winner over 600m.

The Christmas Gift Race is scheduled for race seven and will jump at 8.57pm WA time on Saturday.