Archive for sandi’s me mum 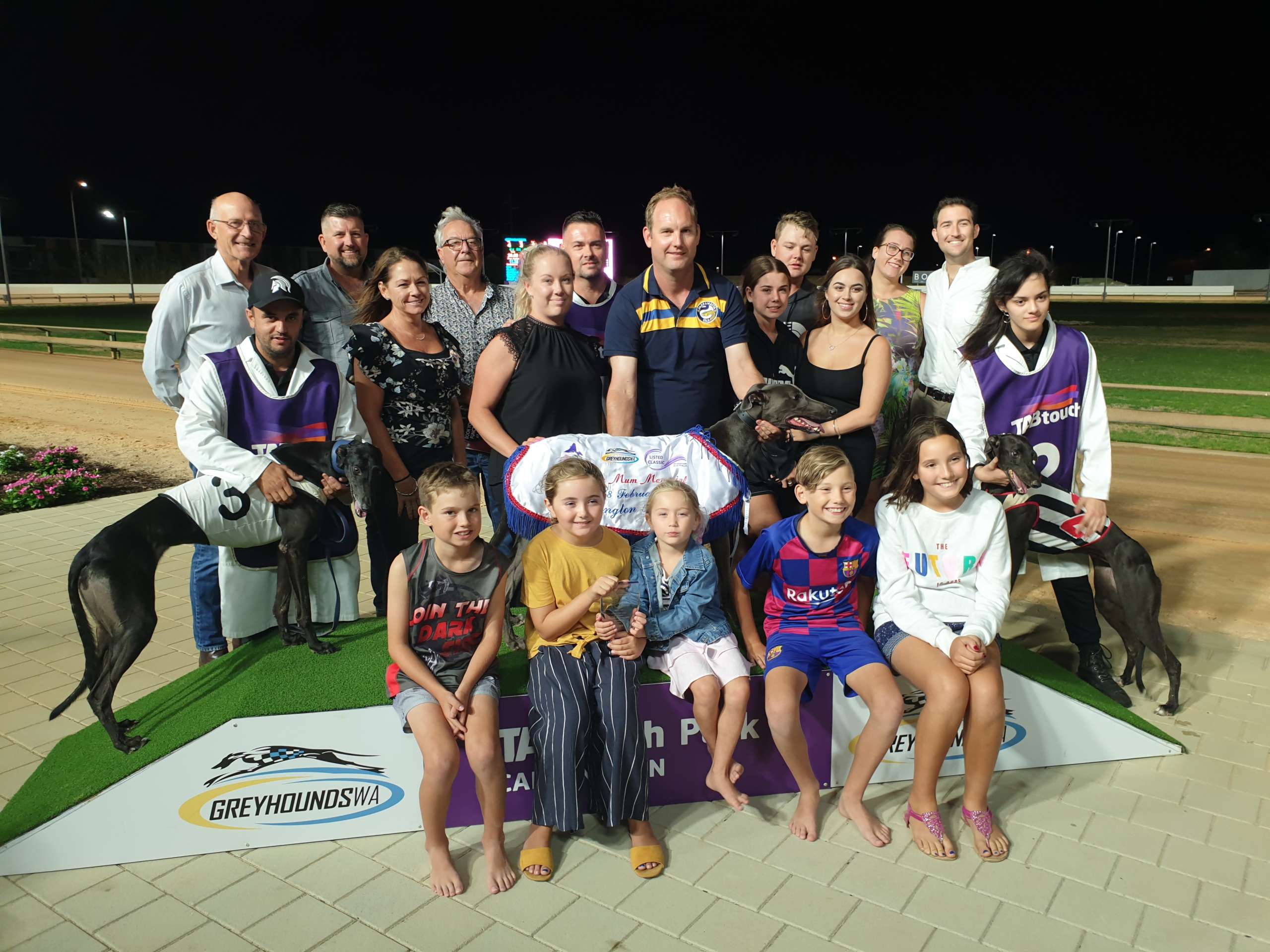 TOMMY SHELBY (Fernando Bale- Serena Fly High) put the best sprinters in WA to the sword in the final of the Greyhounds WA Sandi’s Me Mum. The Steve Withers trained dog led into the first corner and then just exploded away from his rivals with dazzling speed down the back straight. The blue dog scored by 6 lengths over Kiss Me Linda in a PB 29.69. He has now won all 6 starts at Cannington and was defeated once at Mandurah.

CONRAD TOKYO (Barcia Bale- Gilgamesh) missed the trouble up in front and held off Lil Marmalade to score by half a length in 22.28. The Brad Cook trained dog had been placed at 5 of his 8 previous starts.

ZACK MONELLI (Barcia Bale- Penny Monelli) was again far too good for his rivals winning by 8 1/2 lengths in 29.72. The David Hobby trained youngster has now won 7 times from 11 career starts and doesn’t turn two years of age until April.

CHEVY’S ENTRY (Unlawful Entry- Sticka Size) crossed from box 8 and then raced clear to win by 6 3/4 lengths for trainer Shayne Williams. The blue brindle dog has now won 6 times from 9 starts over the 380 metres and ended a losing sequence of 9.

FLAKE MONELLI (Fernando Bale- Dyna Sandy) went within a length of the track record over the 600 metres with an all the way victory. The David Hobby trained bitch jumped to the front and then defeated Rockstar Patriot, who loomed up coming to the home corner, by 2 1/4 lengths in 34.56. 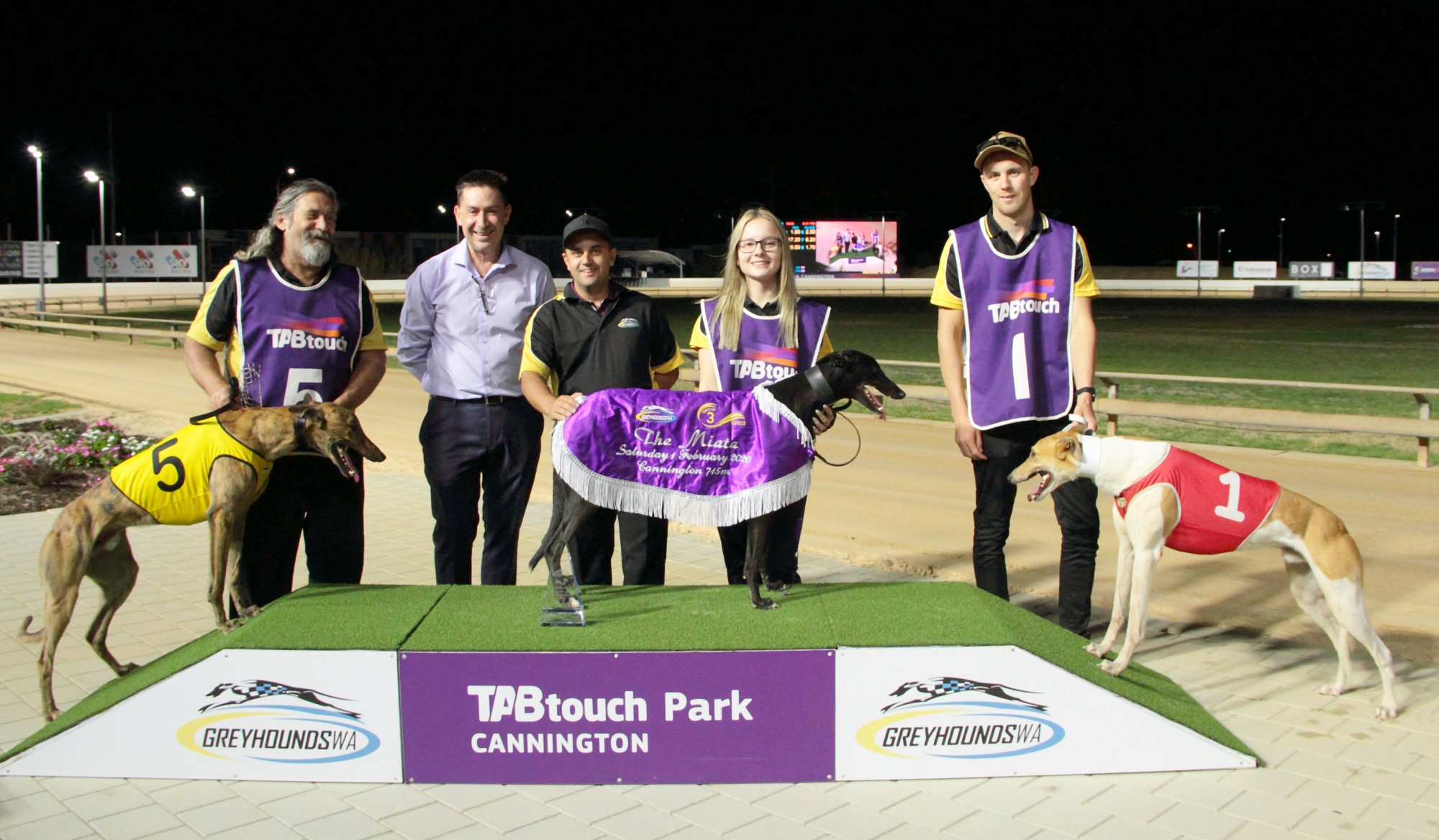 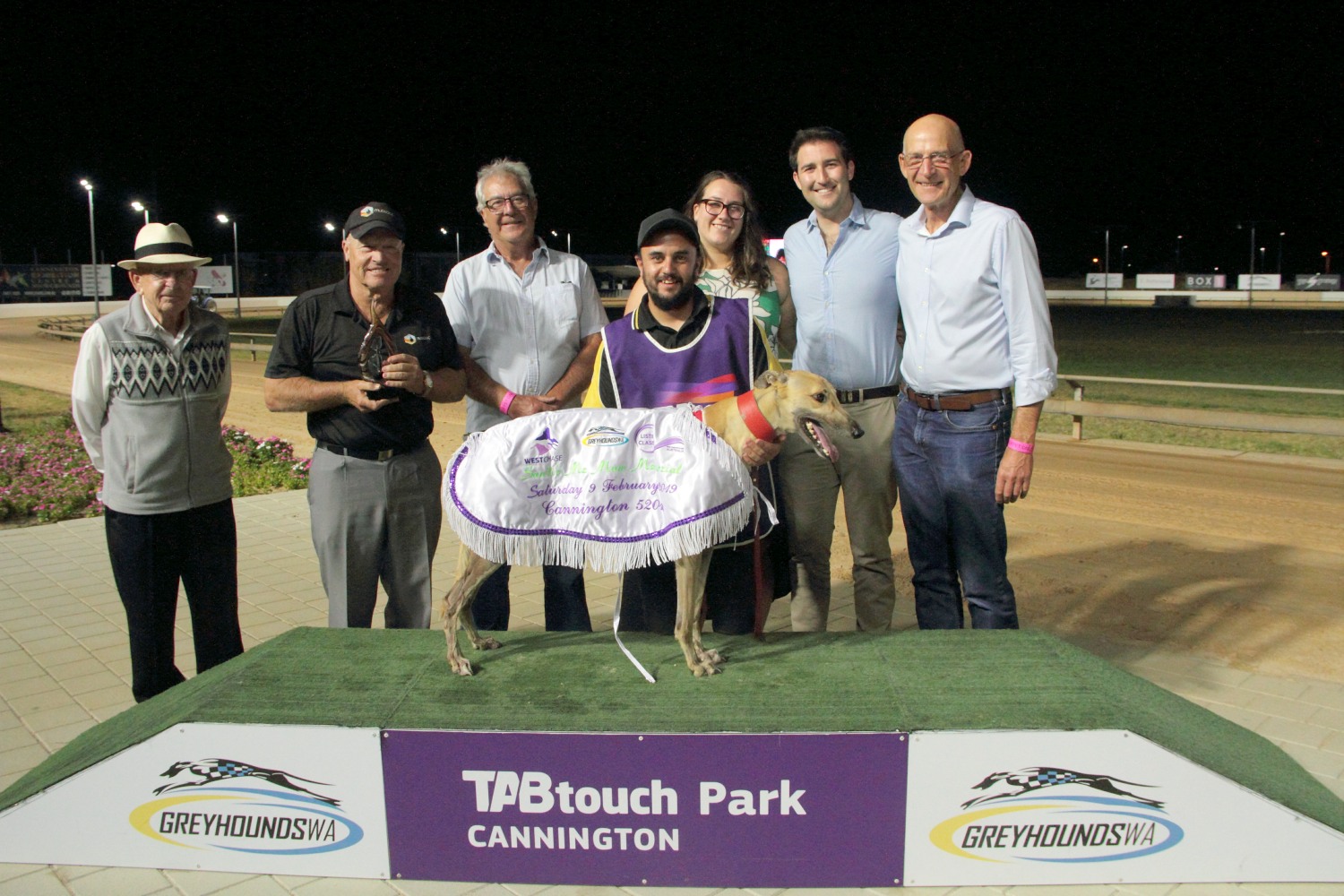 WEST ON AUGIE (Fernando Bale- Te Amo) dominated his rivals in the final of the Sandi’s Me Mum memorial leading throughout from box 1 and defeating Leisel Monelli by 7 1/2 lengths. The Chris Halse trained dog set a new race record clocking 29.46. The red fawn dog has now won 28 times from 49 starts and over $345,000 in stakes.

DYNA DEAN (Kiowa Mon Manny- Prue Bale) returned to the winners list leading from box 1. The Enzo Crudeli trained dog recorded his first win over the 520 metres at Cannington scoring by 3 3/4 lengths in a PB 29.71.

HECTON BALE (Fernando Bale- Searle Bale) turned his form around to score a 2 1/4 length win over Slingshot Gypsy in 29.79. The Enzo Crudeli trained chaser was checked when unplaced as an odds on favourite the week before. The black dog settled close to the leader while race favourite Campini and Quick Jagger checked each other at the start.

Sandi’s Me Mum Final This Saturday At Cannington

Dual National Sprint champion and Hall of Fame chaser Sandi Me Mum won 62 of 92 starts over the course of her brilliant career and she is considered to be one of best greyhounds ever produced out of Western Australia. The final of the Sandi’s Me Mum Memorial, the race named in her honour, will be held at Cannington on Saturday. Current day star West On Augie heads the field. Here’s the late Gerry O’Keefe discussing the legacy of Sandi’s Me Mum.