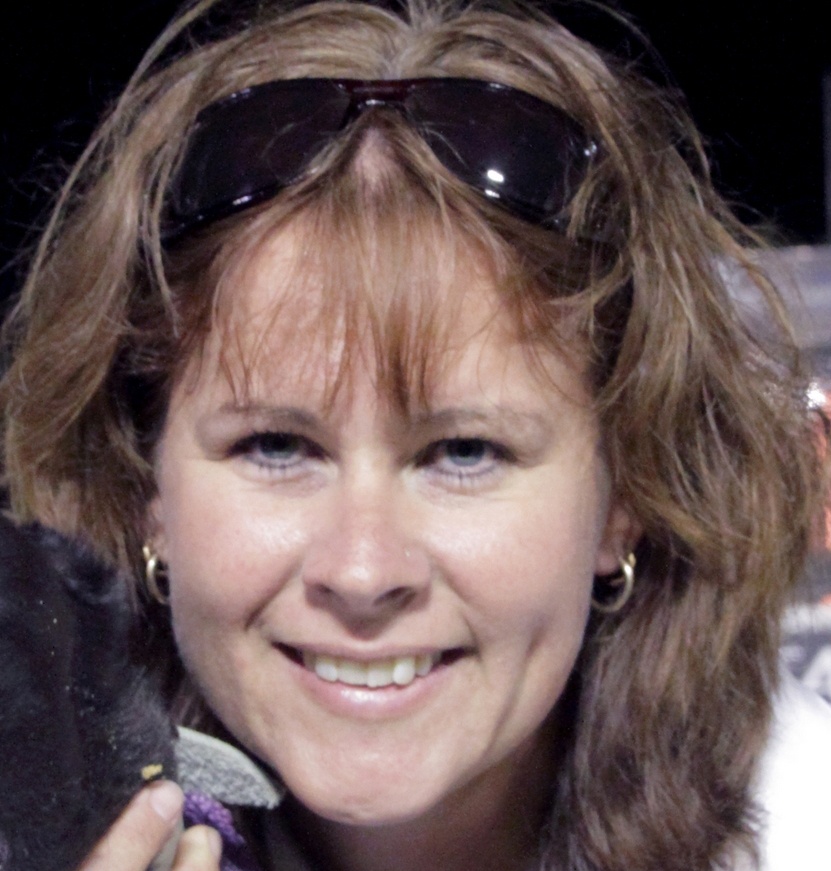 The Sandgroper is a series restricted to WA Bred chasers who are either Grade 4 or 5 chasers at the Mandurah circuit. Notable past winners of the race are Showpiece (2007), Uno Reltub (2011), Star Recall (2014), Astronomize (2015) and Senator Monelli (2016). Three heats were contested tonight with first and second across the line guaranteed a start in next Friday’s Final. The Chris Halse prepared Capital Zed made a mess of the first heat, scoring by five lengths in 27.59 after setting up a big lead in the middle stages. Kennel mate West On Jill flooded home to run second a head in front of Bambam Gundi. Heat Two produced an upset result with track specialist Incognito Mac leading throughout for Kylie McLennan (pictured). Fellow outsider Black Herc ran second for Collie trainer Grant Campbell and the Exacta returned $750 with the WA TAB. Heat Three proved to be a walk in the park for favourite Equanimity who exploded out and won easily in 27.52. Six nights earlier the Enzo Crudeli trained chaser won the Group One Perth Cup and it was no surprise to see him glide to victory. Mendoza Monelli hit the line hard to finish second but was beaten eight lengths. Due to ongoing steward’s enquiries the box draw for the Sandgroper will be conducted by the grader on Tuesday.

Race 1 Number 1 SON OF CAESAR : Became mobile late to finish fifth but hit the line like a rocket.

Race 3 Number 2 INCOGNITO MAC : Won his 15th race over 490m from 47 starts. An underrated type who can give cheek in the final.