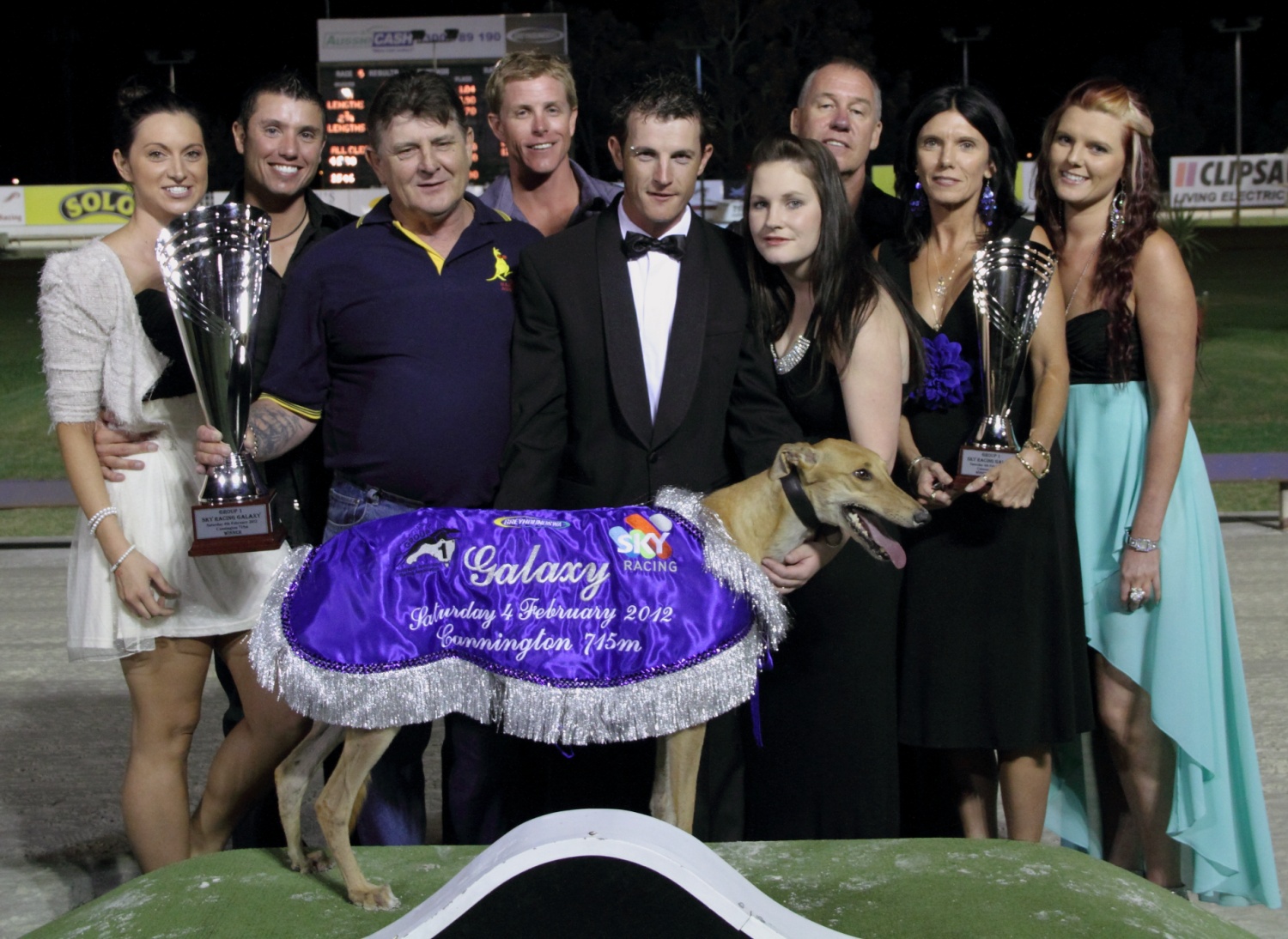 Paul Stuart assesses his chances in the Perth Cup and Galaxy and we discuss Tornado Tears vs. Miata. 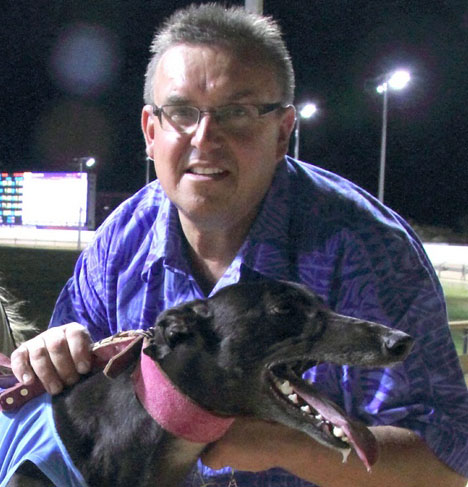 Tornado Tears and West On Augie will spearhead the charge for Chris Halse in the SKY Racing Perth Cup and Galaxy.

We caught up with the connections of some of the contenders for the Sky Racing Perth Cup and Galaxy. 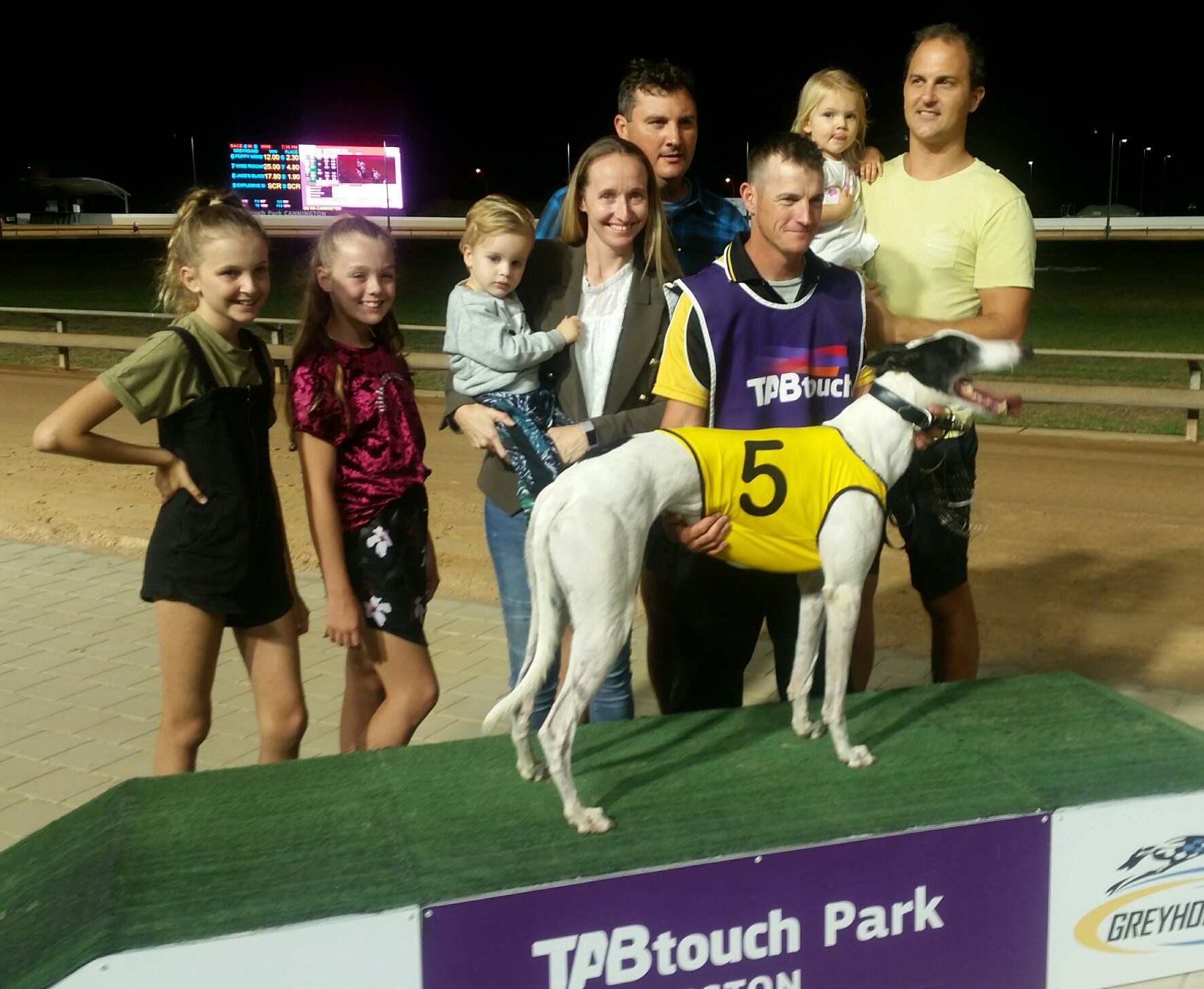 THE Gr 1 Sky Racing Perth Cup commenced with a flying run by Victorian star ORSON ALLEN (Kc And All- Desalle Bale) stopping the clock at 29.32 which is a half length outside of the Track Record set by Quick Jagger in May 2017. The Corey Grenfell trained dog is hot off winning the Gr 2 Horsham Cup. The fawn dog flew out of box 4 and clocked a 5.37 first split before going off the back in 18.15. He defeated Love Me Tinder by 9 1/4 lengths.

DYNA PATTY (Fernando Bale- Unix Bale) had to overcome early trouble before running down Kiss Me Linda to win by 1 1/4 lengths in 29.87. The Andrea Dailly trained bitch, hot off an Australian Cup win, started a short priced favourite and showed her class as she raced into her 5th Gr 1 final.

CAMPINI (Kc And All- Fantastic Dotty) cut across from box 5 at the start and then after balancing up was able to drive up on the inside of Petria Monelli entering the back straight. The Paul Stuart trained chaser then dropped off his rivals on straightening clearing away to win by 6 lengths in 29.62. (Pictured : Campini)

WEST ON AUGIE (Fernando Bale- Te Amo) led throughout in the 4th heat of the Gr 1 Sky Racing Perth Cup clocking a 5.50 first split before racing away from his rivals winning by 2 3/4 lengths over Eighty Eight in 29.72. The Chris Halse trained star, hot off being named WA GOTY, has now won 23 times from 35 starts over the 520 metres at Cannington and goes in much more seasoned than when making last years Cup final when unplaced behind Trouper Monelli.

HECTON BALE (Fernando Bale- Searle Bale) led from box 4 and raced into his second Gr 1 Sky Racing Perth Cup with a 5 length win over Lhotse Monelli in 29.76. The Enzo Crudeli trained dog finished third in last years final when trained by Andrea Dailly. The black dog will compete in his 6th Gr 1 final next Saturday night.

HASTEN SLOWLY (Fernando Bale- Heidi Go Seek) was the last heat winner scoring by 3 1/4 lengths from Bundles Galore in 29.79. The recently crowned Queensland GOTY was transferred to Chris Halse kennel when sent over to be set for the Perth Cup series. He has now won over $440,000 in stakes and will compete in his 8 Gr 1 final.

BATMAN came to Perth and he blew the lights out in the opening heat of the Gr 1 Sky Racing Galaxy. TORNADO TEARS (Fernando Bale- Tears Siam) left his rivals behind as he went off the back straight in 29.64 before breaking the track record by more that 6 lengths. The white and black dog stopped the clock at 41.25. Wow.

OUTSHINED (Fabregas- Sticka Size) led throughout from box 2 scoring by 3 1/4 lengths in the second heat of the Gr 1 Sky Racing Galaxy. The Jamie Marsh trained black dog is undefeated in 3 starts over the distance, however his time was more than a second slower than Tornado Tears, stopping the clock at 42.39. Moment To Jive finished fourth and failed to qualify.

REIDY’S RUNNER (Dyna Double One- Buxton Miss) was able to work to the lead soon after the start before running his rivals ragged with a 7 1/2 length win over Barcali in 42.01. The Christine Bennett trained dog will be one of WA’s leading chances in next weeks Gr 1 final.