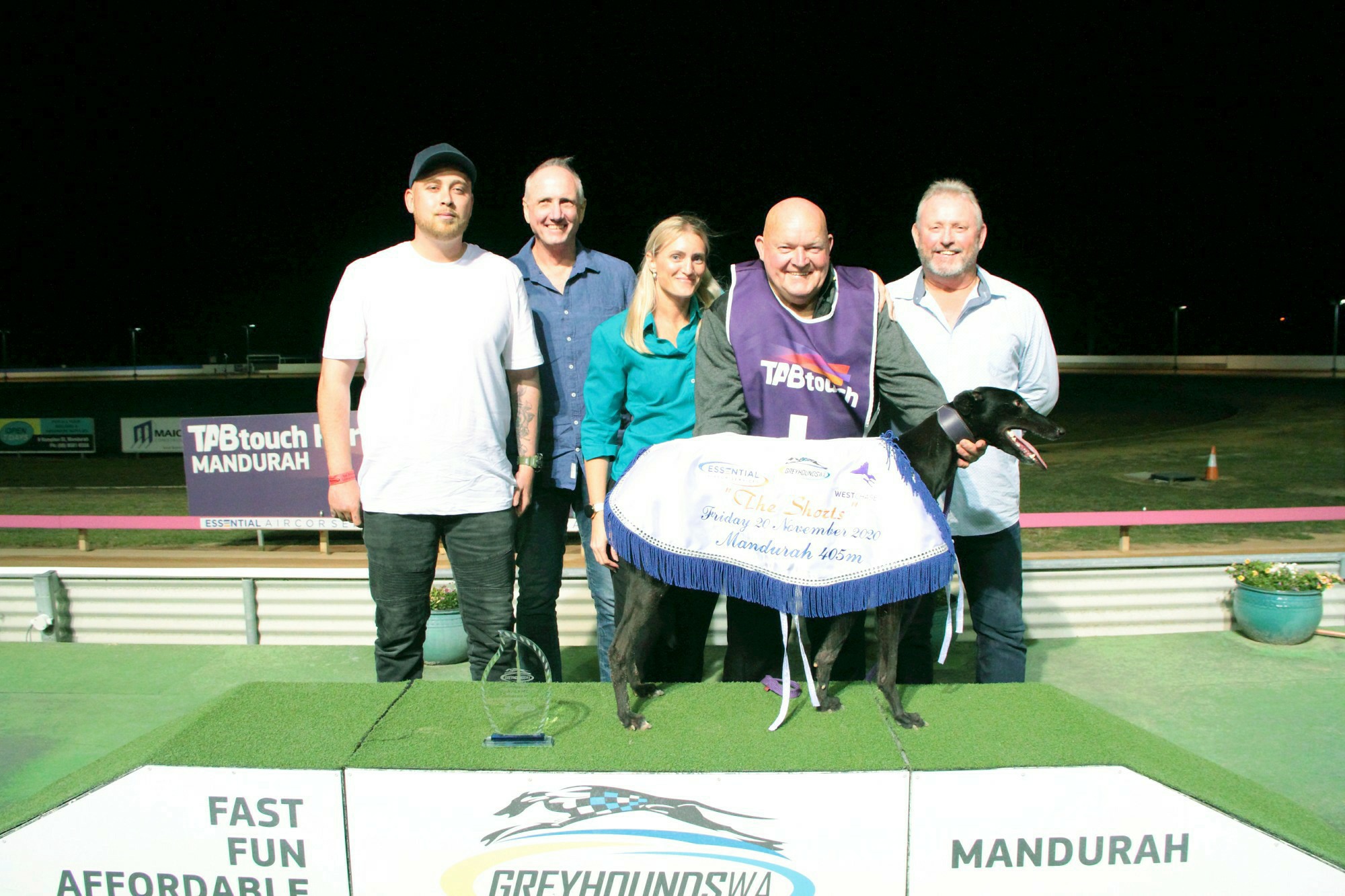 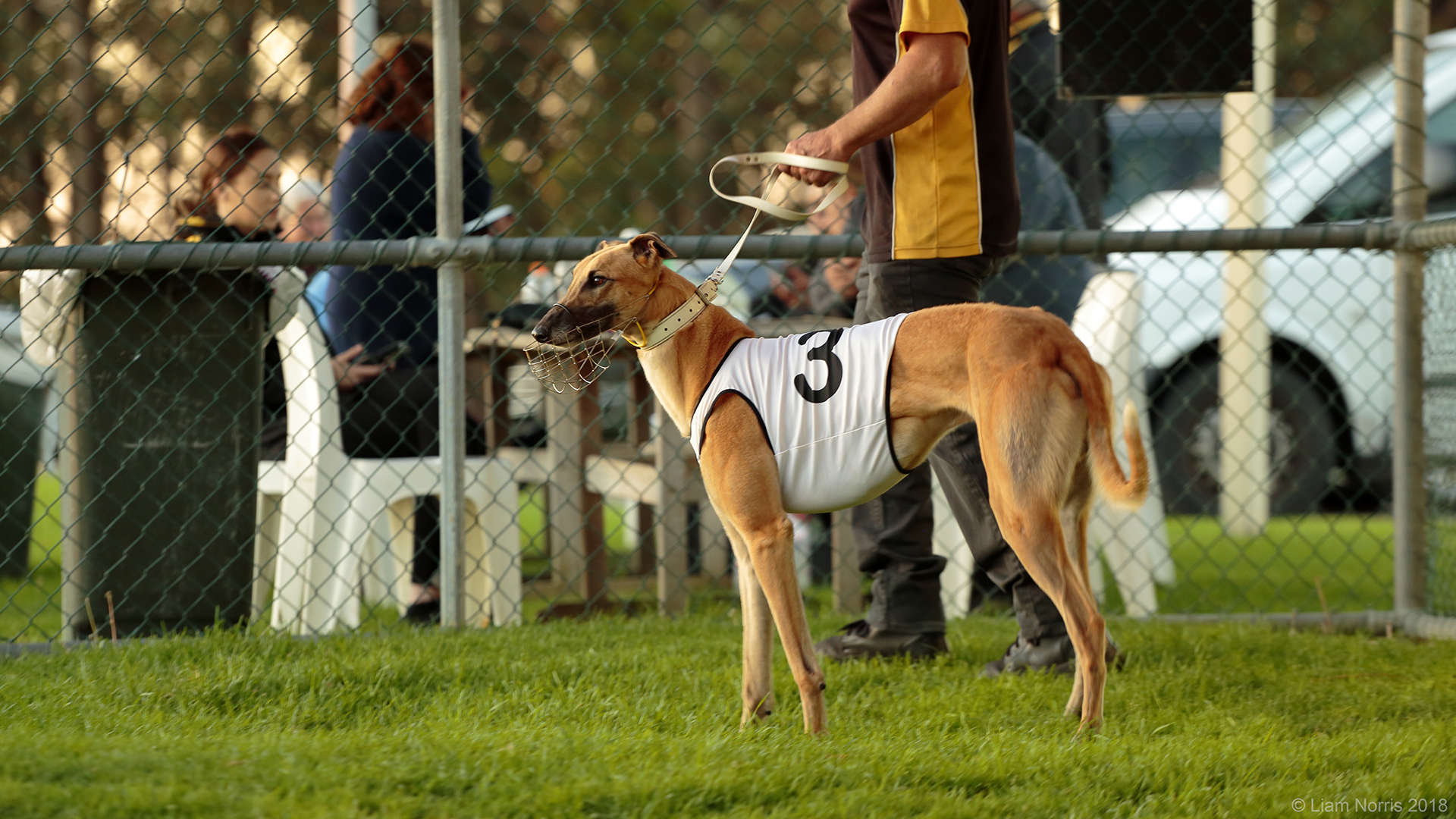 Highly talented former Queenslander Canya Cruise made amends tonight after meeting with interference and running seventh at his WA debut a week earlier. The speedster arrived in WA with 12 wins from his 22 starts and appreciated room to zoom from box seven. The son of Barcia Bale didn’t fly out of the boxes but balanced up fourth out wide on the track and didn’t take long for him to explode around his rivals and make them look second rate. Canya Cruise mustered like a demon and quickly set up a massive lead before saluting by ten lengths in a blistering 22.60. The Enzo Crudeli prepared Par Peppi ran on nicely for second ahead of Vegas Fun. Canya Cruise is now trained out of Jarrahdale by Krystal Shinners and looks set for a bright career in the west.

Race 3 Number 6 YUNDERUP MAGIC : Came from a long way back to finish a strong second. 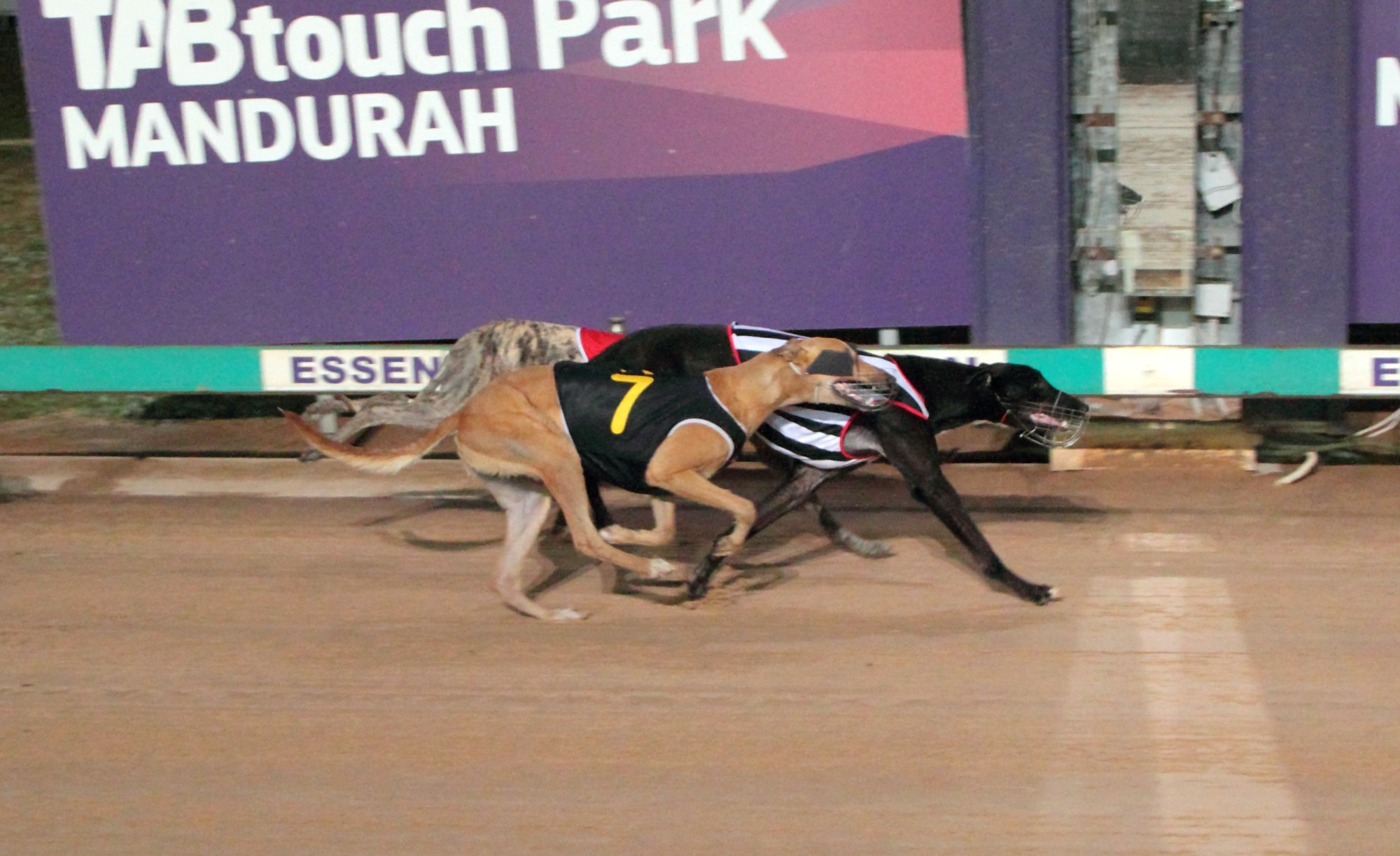 “Fantastic Zip cashes in on box one”

Mandurah track specialist Fantastic Zip made every post a winner from the inside draw in tonight’s Restaurant Bookings Grade 5 over 405m. The son of Fabregas began cleanly before driving inside his rivals and finding the front at the first turn. Race favourite Butternut challenged strongly but faded over the concluding stages, allowing Fantastic Zip to glide to victory in 22.89. Amazing Fun caught the eye with a fast finishing second along with Zipping Fergus who flashed late to claim third. Since arriving from NSW as a youngster Fantastic Zip has started 78 times at the Mandurah circuit for 15 wins and 29 minor placings. He is trained by John Iwanyk at Nambeelup and turns four in January.

Race 2 Number 4 PAD UP BOONE : Led throughout over 405m at cricket score odds.

Race 4 Number 2 OVERBITE : Lost in a photo but will be winning at Mandurah very soon. 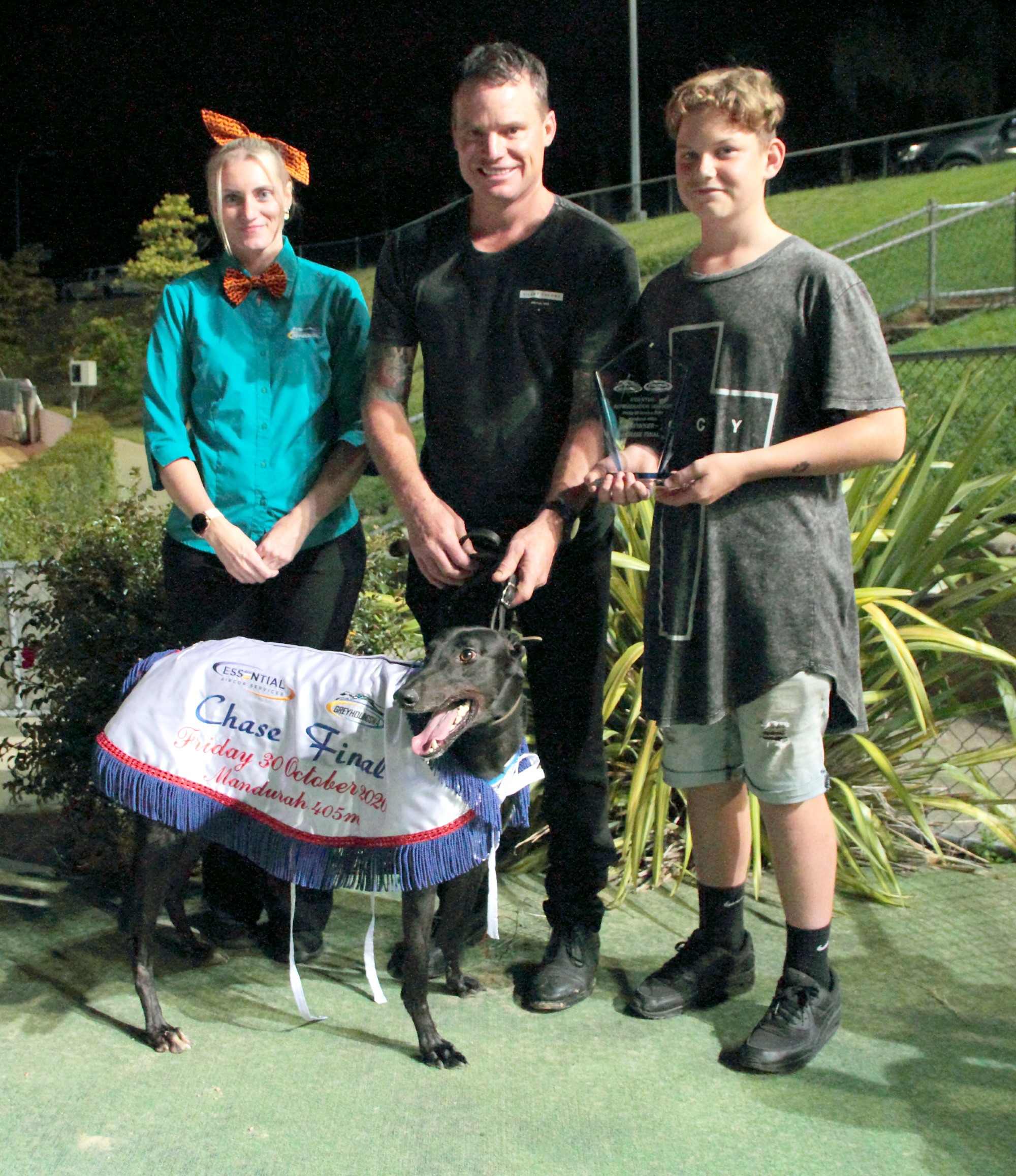 Jarrahdale based trainer Krystal Shinners won tonight’s feature event, the Essential Aircor Services Chase Final worth $8,000 with super sprinter Buster The Brute. Last week the son of Banjo Boy overcame early interference to charge home and sneak into the final by finishing second in his heat. Tonight he was sent out as a $2.20 favourite and after a moderate jump had plenty of work to do at the first turn. Speedsters Bundi Banner and Turbo Fun were contesting the lead while Buster The Brute found the rail and cut the corner with pace, taking the lead. He then bounded away in the home straight, increasing his margin with every long stride. He recorded a mighty 22.44 and scored by four lengths over Chevy’s Entry (second) and Turbo Fun (third). Buster The Brute’s winning cheque saw him eclipse $100,000 in prize money for his owners, the Bust Em Up Syndicate managed by Steve Shinners.

Race 2 Number 4 FLASH SPOLLY : Exploded between runners in the middle stages to take the lead and win brilliantly.

Race 3 Number 7 HE’S MY MAC : Drifted a long way back but ran on powerfully to finish a close up fourth. 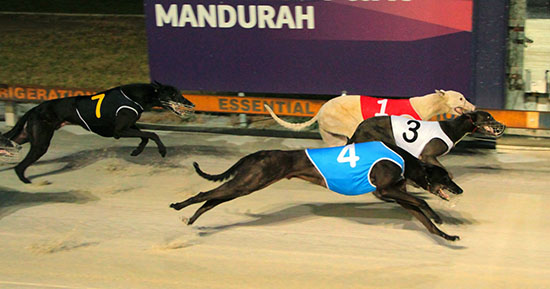 Three heats of the Chase series were conducted over 405m tonight with first and second from each event guaranteed a start in next week’s final. Dominant Nambeelup based trainer David Hobby won the first two heats with Sunset Kodiak (22.93) and Steve Monelli (22.65). The third heat was an interesting race on paper and a wide betting market suggested there were plenty of winning chances. Noted speedster Bundi Banner jumped a narrow favourite after winning brilliantly eight nights earlier over 302m in a flying 16.93. He was able to spear to the front but found 405m a little too far, finishing a fading third. The Lexia Isaac prepared Turbo Fun took an inside run at the top of the straight and surged to a classy victory in 22.87. Wasabi Bob finished powerfully for second ahead of the tiring Bundi Banner. Turbo Fun took his career statistics to 13 wins from 27 career starts and with some luck in the final will be very hard to beat. The box draw for next Friday’s Chase Final :

Race 2 Number 7 CLASSY RIOT : Won brilliantly in 22.80 after taking the lead at the first turn.

Race 3 Number 7 SHIRAKABA : Overcame her usual terrible jump to finish on the heels of the placegetters in fourth.