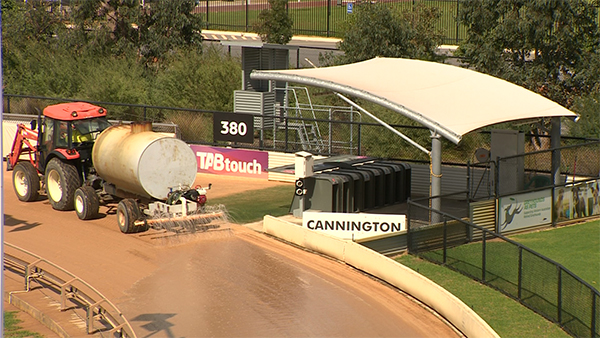 Please see below the finalists for the WA Country Cup to be held at Cannington next Monday 12th October.

Not in box draw order 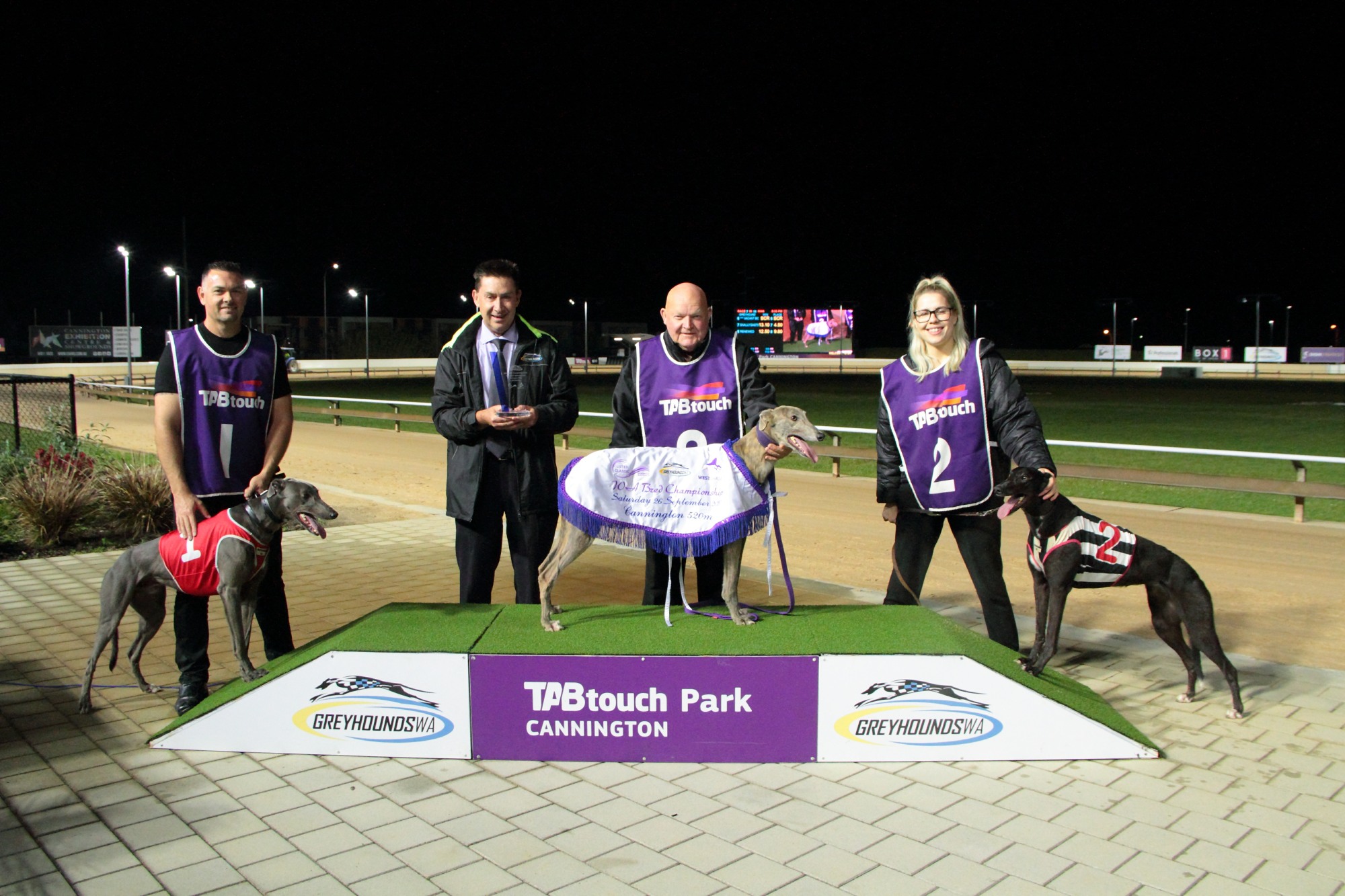 MERMAID MONELLI (Fernando Bale- Sahannah Monelli) led throughout in the final of the Greyhounds WA, WA Bred Championship. The David Hobby trained bitch defeated Tommy Shelby, who dwelt at the start, by 1 1/2 lengths in 29.87. The blue brindle bitch has now won 23 times from 45 starts and over $138,000 in stakes plus WA bred bonuses.

OWL SKY (Tureaud- Mandy Charm) missed most of the trouble on the first corner before racing clear down the back straight and away for a 1 3/4 length Maiden victory. The Joe Dailly trained bitch had been placed once from 4 previous starts.

SO TOUGH (Fernando Bale- Cosmic Aphrodite) led throughout from box 1 over the 600 metres and recorded a new PB 34.89 in defeating Historic Time and Don’t Guess by 5 lengths. The Shayne Williams trained dog has been chasing consistently with two recent seconds over the 600 metres one behind Flake Monelli.

COUNTING KUNA (Fernando Bale- Leelicious) recorded his fourth win in a row with a 2 length win over Fab’s Excise in 21.79. The Michael Johnston trained dog has now won 8 of 14 starts over the 380 metres for his connections. 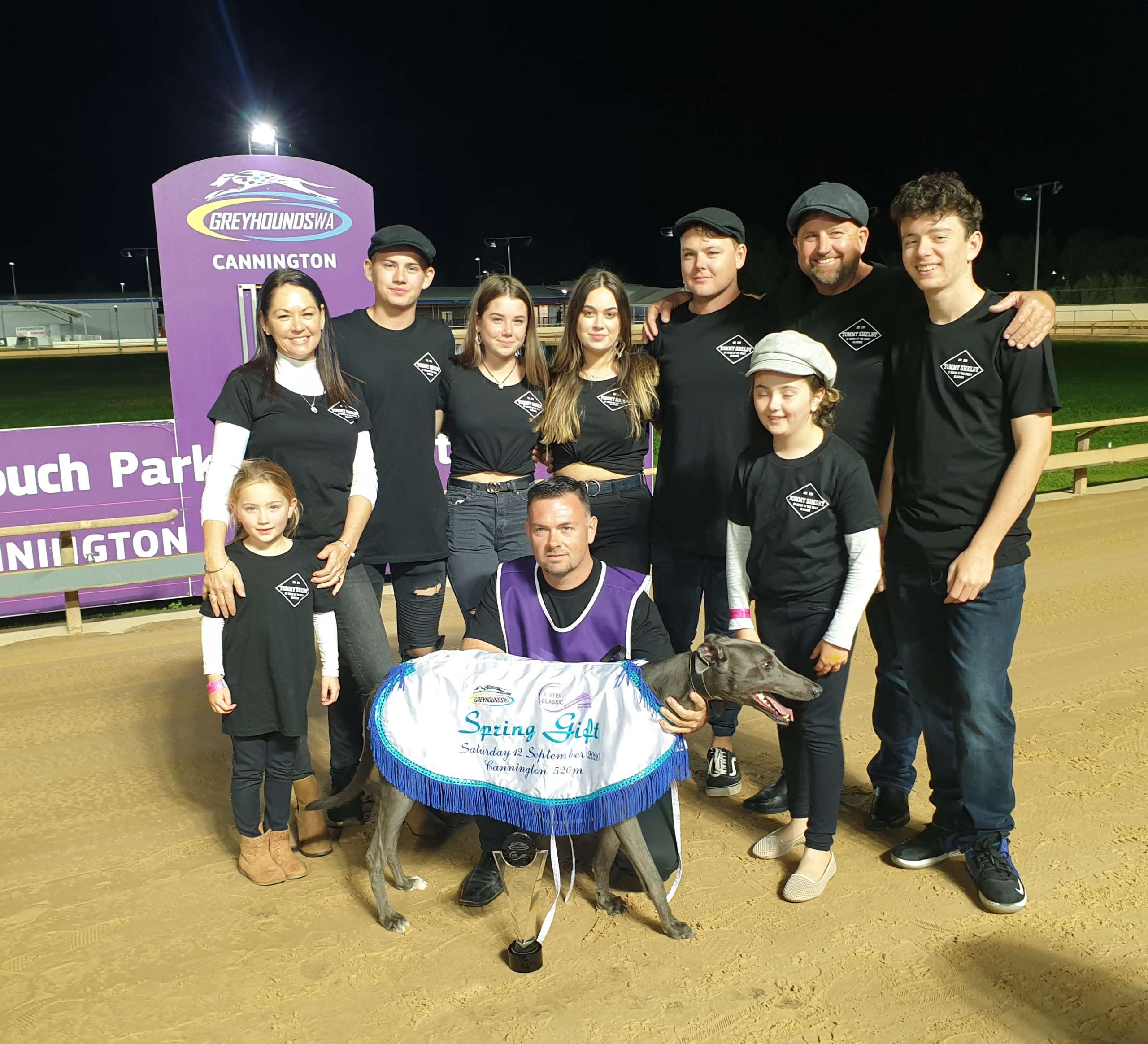 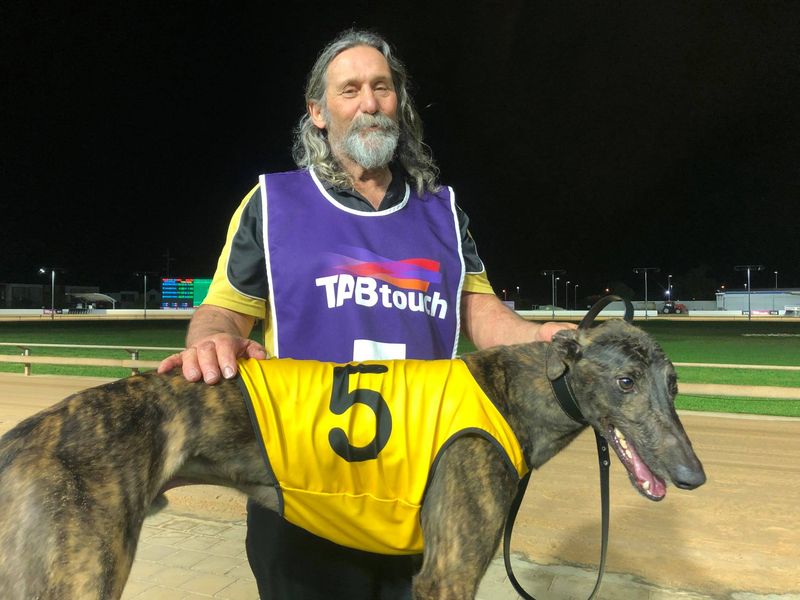 BAREFGOOT TYCOON (Fernando Bale- Velucci) burst through the middle of the leaders Lightnin’ Slim and Geared Up on the home corner before winning the Greyhounds WA Spring Maiden Classic final. The Enzo Crudeli trained youngster doesn’t turn two years of age until November and is undefeated after winning his heat in 30.28. The red brindle dog defeated Lightnin’ Slim again by 1 3/4 lengths in 30.39.

ENOUGH (Fernando Bale- Stand As One) led from box 6 and scored a 5 length win over kennel mate Tropicola in 22.19. The white and black dog trained by Luke Garbutt, ran second on debut the week before in 22.31 behind Glen Keeping.

ZIPPING VEGAS (Mantra Lad- Zipping Silky) hugged the rails around the home corner and with the two leaders bumping was able to take the run through along the fence and win his Maiden. The black dog recently joined the care of trainer Dwayne Jovanovic and saluted winning by 1 1 /2 lengths in 30.46.

RAPIDO DINERO (Brett Lee- Te Amo) worked past the leader Rippin’ Memphis going off the back straight before winning his Maiden by 2 3/4 lengths in 30.09. The Paul Stuart trained dog had been a beaten odds on favourite at his first two starts after finding trouble. 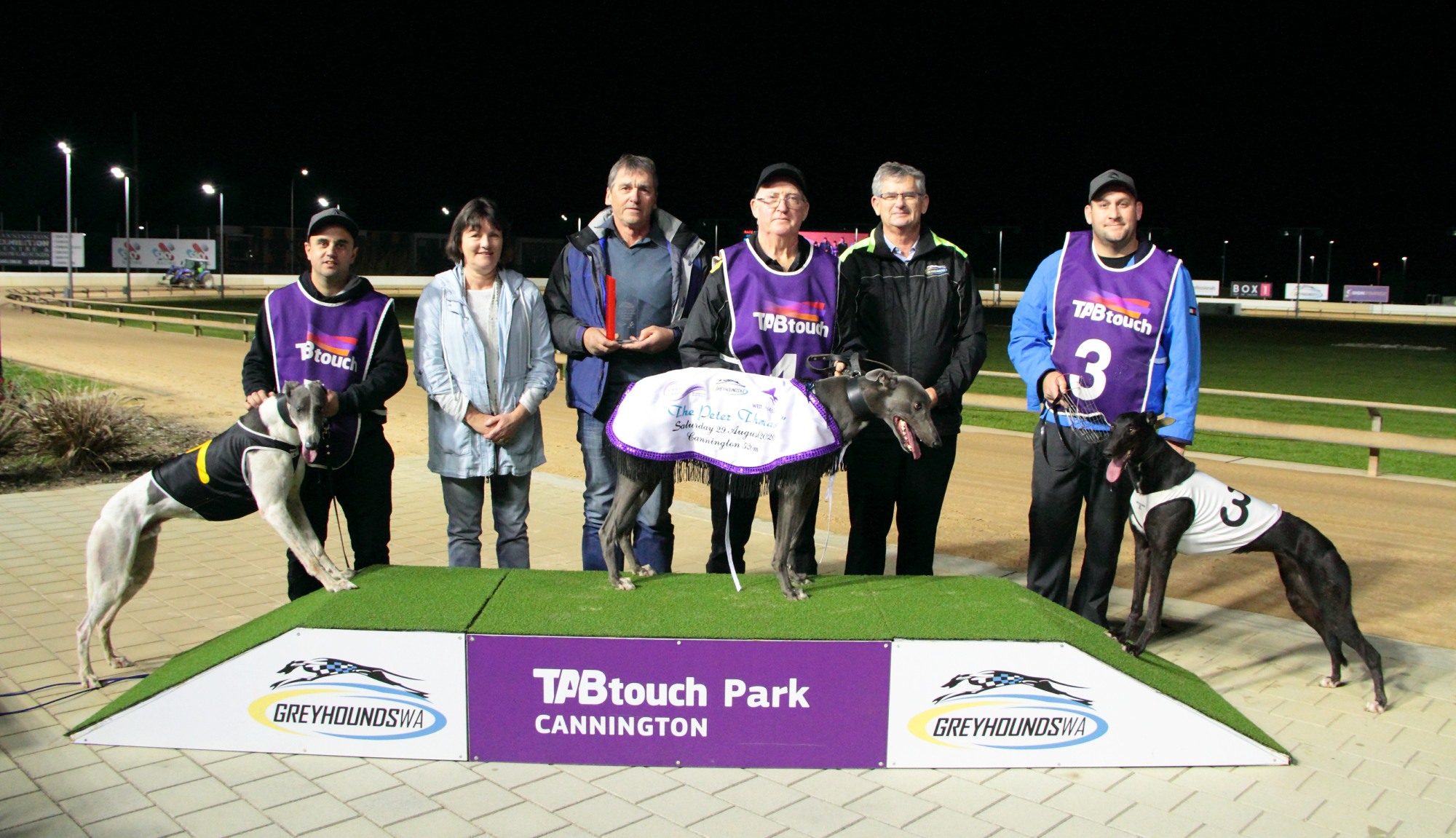 FERNANDO STAR (Fernando Bale- Star Recall) burst to the lead going off the back straight and raced away with the final of the Peter Thomas scoring by 4 lengths over litter brother Sir Monty in 29.89. The Chris Halse trained chaser won the Mandurah Derby earlier in the year and has now won 13 times from 27 career starts and over $83,000 in stakes.

WEST ON OLVEE (David Bale- West On Sally) ran home strongly along the rails to claim the leader Divided on the line and score by a neck in 30.68. After colliding on the first corner, the Chris Halse trained dog jumped the falling Scootaloo before balancing up for the run home. The black dog has now won 7 times from 36 career starts.

SO TOUGH (Fernando Bale- Cosmic Aphrodite) recorded his first win over the 600 metres at Cannington when he held out Chimera Monelli by a half head in a PB 35.08. The Shayne Williams trained dog had to work hard to get to the lead and then hold off the wall of challengers in the home straight.

ALL ZIPPED UP (Kinloch Brae- Zipping Spring) overcame a tardy start and used the rail to hold the lead going into the first corner. From there, the Sean Kavanagh trained dog raced clear to record his 4th consecutive win and first back at Cannington. The black dog won by 1 3/4 lengths over Historic Time in 30.03.

VAN BUREN (Bella Infrared- Benita Bale) scored a smart win first up over the 715 metres after leading from box 1. The Jamie Marsh trained dog was impressive the week before over the 600 metres, however was unknown over the longer journey. He defeated We The People by 5 1/2 lengths in 42.35.