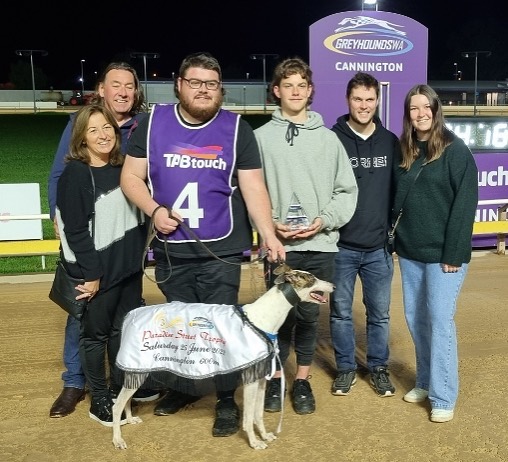 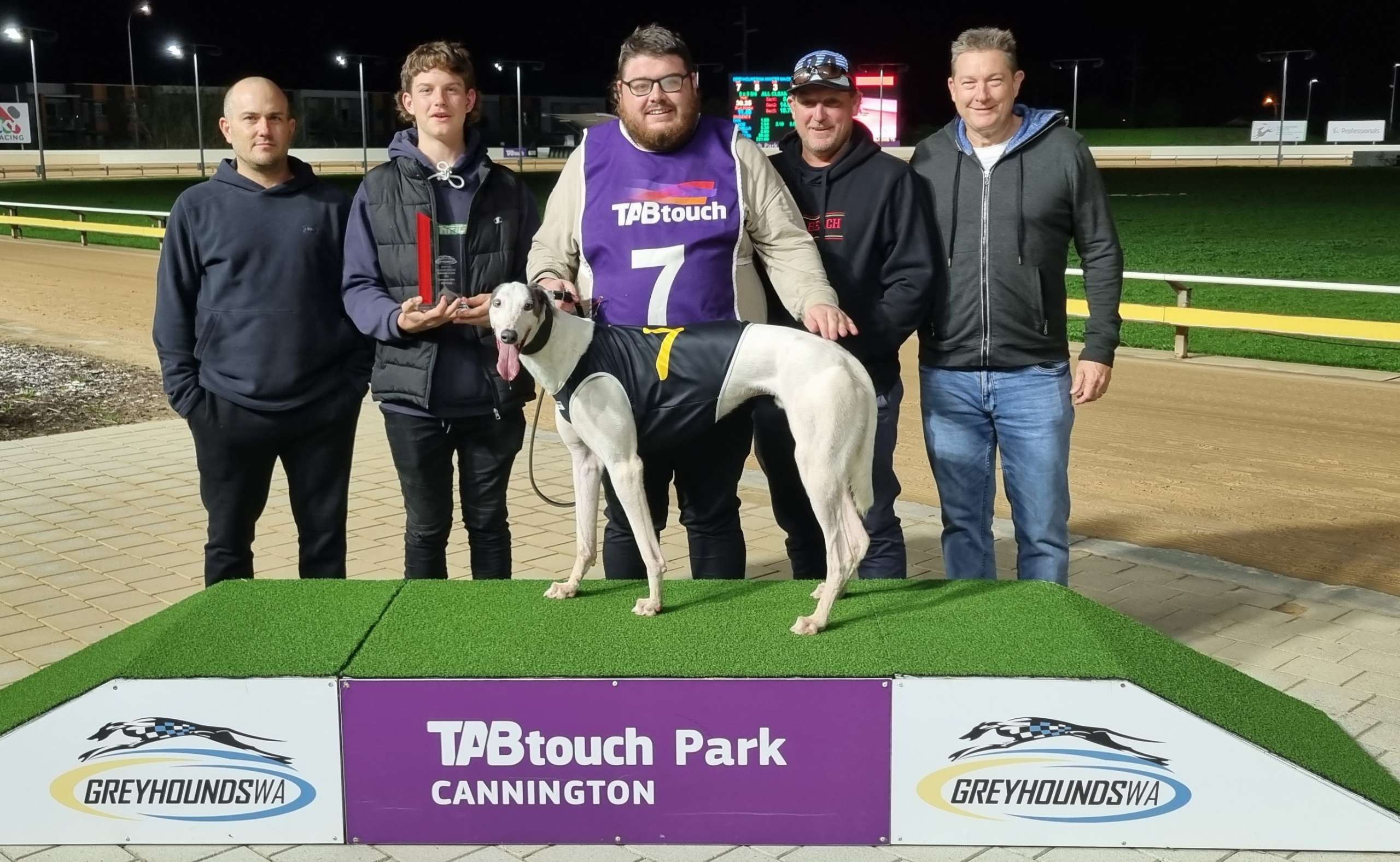 LADY LASS (Moreira- Sunia Lass) was able to lead and win on debut holding out Commander Mack by a neck in 22.67. The Stephen Richards trained bitch was beaten by Commander Mack in a recent qualifying trial before turning the tables.

SUNSET DEWEY (Hecton Bale- Marg Monelli) also was good enough to hold out the challenge from Forge Monelli to win by a neck in 30.50. The Eric Campana trained youngster had been placed at 4 of 7 prior starts before recording his Maiden victory.

RAPIDO TINTO (My Redeemer- Te Amo) was able to rail underneath the leader going down the back straight before racing clear to win his Maiden on debut. The Rob Westworth trained dog hadn’t been seen since qualifying in trials back in February. He defeated Muka Mayhem by 3 1/4 lengths in 30.20.

ELECTRIFIED (Aussie Infrared- Miss America) over came an early bump to recover and lead going off the back straight. The Krystal Shinners trained dog then raced clear to win the Greyhounds WA Winter maiden Classic final by 3 lengths over Exile Dreamer in 30.25. 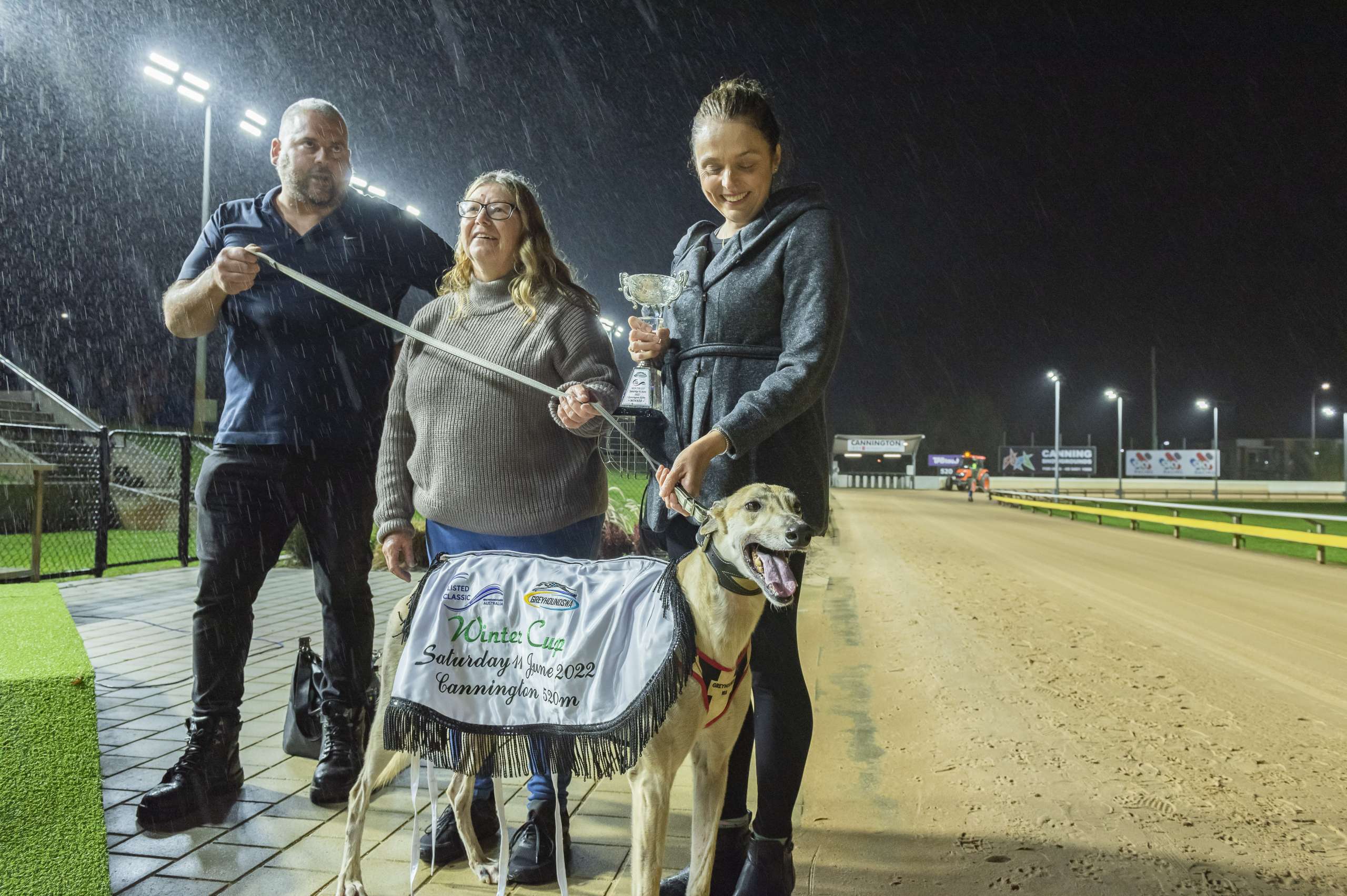 HINTO (Zipping Garth- ReKall Kelsos) showed speed from box 8 and desperately wanted the fence going into the first corner which forced him to bump with Flashing Kuna. The WA Derby winner was able to hold off the challengers once in front and scored by a half length in 30.07. The Christine Robartson trained dog has now won 4 times from 10 starts.

TSAR BELL (Out Of Range- Ringading Sister) ran down the leader and favourite Hecton’s Boy to record his first win in WA since coming across from Tasmania. The Adam Smithson trained chaser had won 7 times in Tasmania prior to coming West and he scored at his second WA start.

REFUND TUX (Mepunga Blazer- Times Square) overcame a slow start before working around the leading pair coming towards the home corner. The Chris Halse trained youngster then drew away from Our Dream Girl to win by 2 3/4 lengths in 30.23. 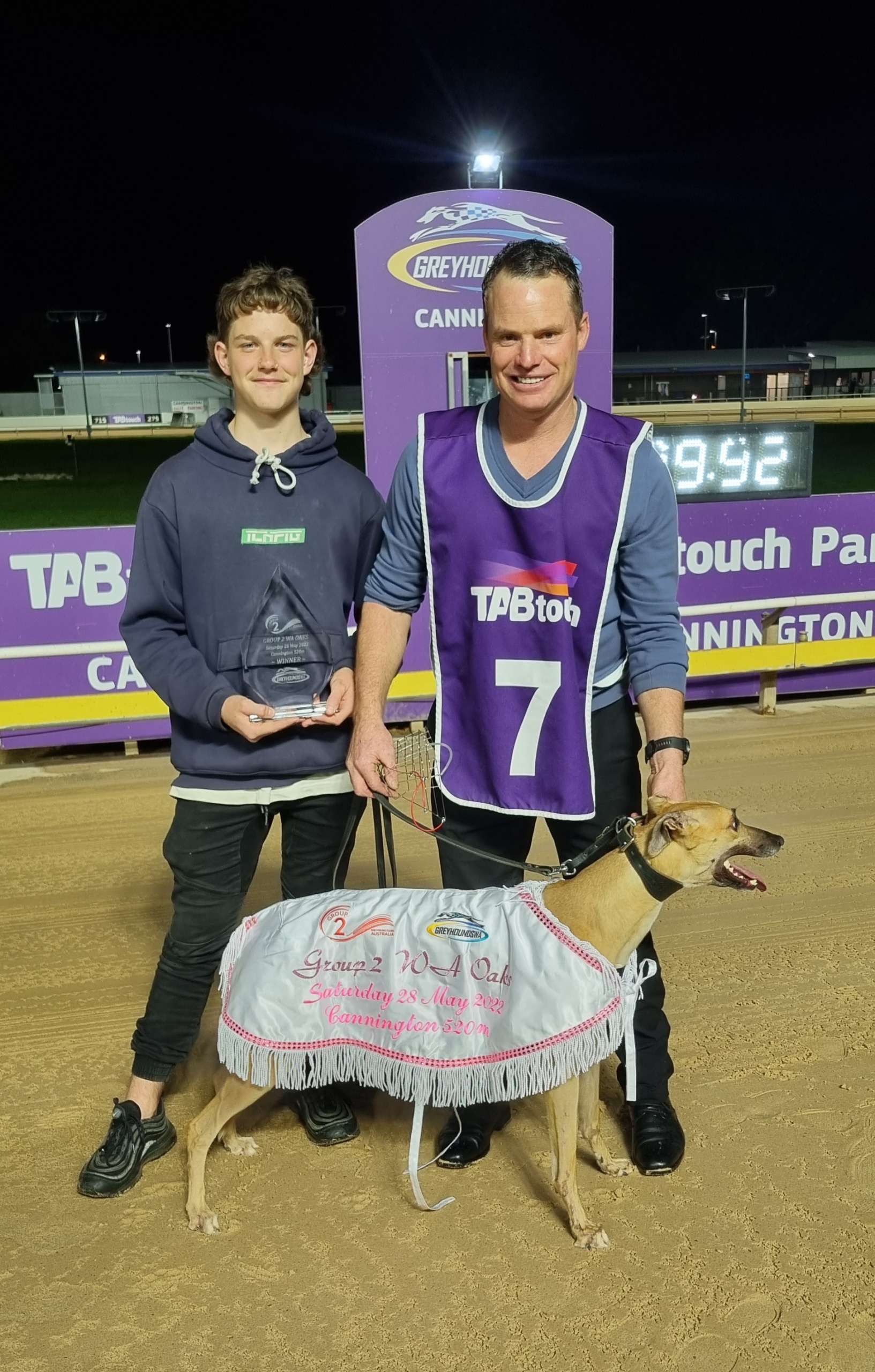 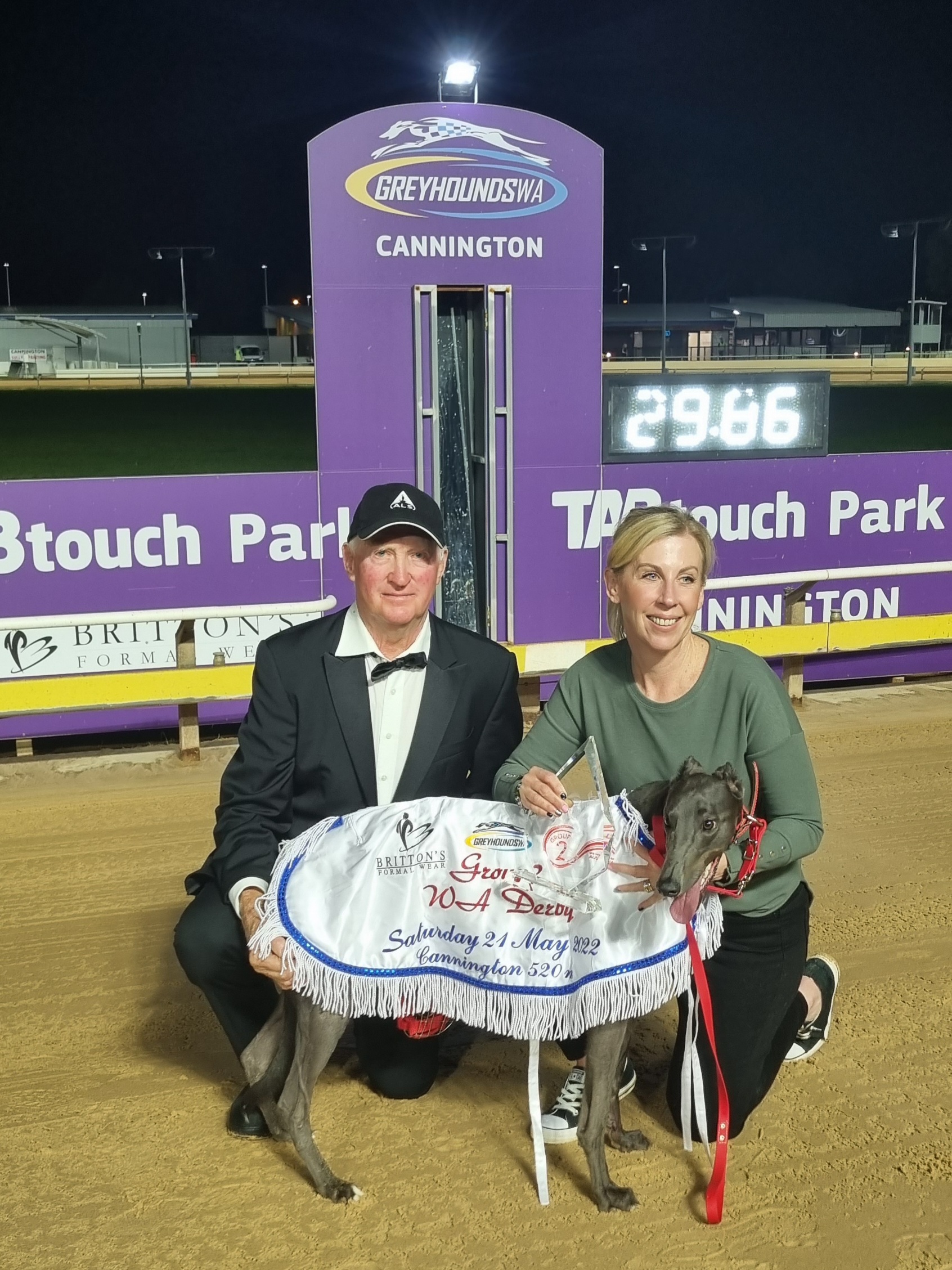 HINTO (Zipping Garth- ReKall Kelsos) was able to hunt up from his inside draw and once finding the lead went on to take out the Gr 2 Brittons Formal Wear WA Derby final. The Christine Robartson trained youngster was having just his 7th career start and he has now won 3 of them and finished second on the other 4 occasions. Hinto defeated Falcon Nine by 1 3/4 lengths in 29.86. For Christine it was her 4th WA Derby win.

FLASHING KUNA (Beast Unleashed- Dyna Bella) broke her Maiden status when she found the top along the back straight and raced away from Delphini to win by 4 3/4 lengths in 30.04. The Michael Johnston trained bitch had been placed at 2 of her first 5 starts.

ELITE MACHINE (Aussie Infrared- Pat’s Lass) clocked a PB when he dem,oil shed his rivals after holding out the early leaders into the first corner. The Justin Wood trained youngster then raced away to win by 6 lengths over Mustang Max in 29.86.

SWEET MAMMA MIA (Fernando Bale- Sweet It Is) finally recorded her first win at Cannington after 39 prior attempts with a barnstorming finish along the rails to claim Hecton’s Boy by a neck in 42.51. The win gave Michael Johnston an early winning double and gave the beautifully bred butch her second win at start number 50, ending a losing sequence of 46 starts.