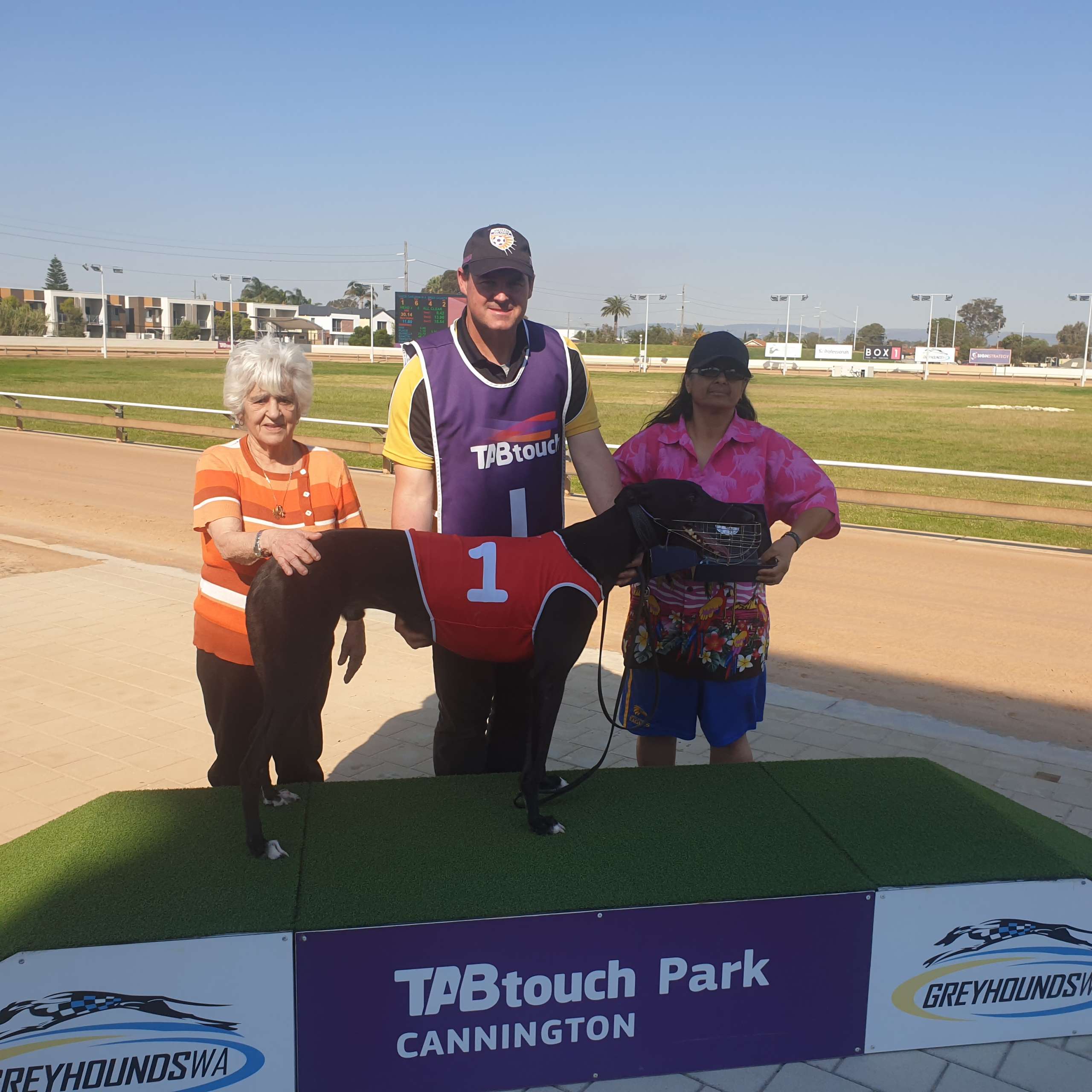 WISE FROST (Fernando Bale- Cosmic Wise) led throughout to record her maiden victory at her 7th race start. After having been placed twice, the Michael Hine trained bitch kicked up from box 1, holding out Seen The Odds, and scored by 1 1/2 lengths in 16.32. It was a big 24 hours for Hine who won his first premiership as coach of Mount Helena on Sunday.

CHAROS MOSCOW (Taylors Sky- Charos Tenetti) ended a losing sequence of 11 starts and recorded her win over the 380 metres with a half length victory over Hey There Sara in 22.33. The Murray Stewart trained bitch had to work across from her wide draw and ran down the leader in the straight to score.

RIPPED UP MOMENT (Rippin’ Sam- Luba Monelli) recorded another win when she shot to the front and scored by 2 lengths over One Eye Blink in a PB 16.10. The Phil Worthington trained dog won his Maiden 2 runs back before finishing an unlucky third at his next start.