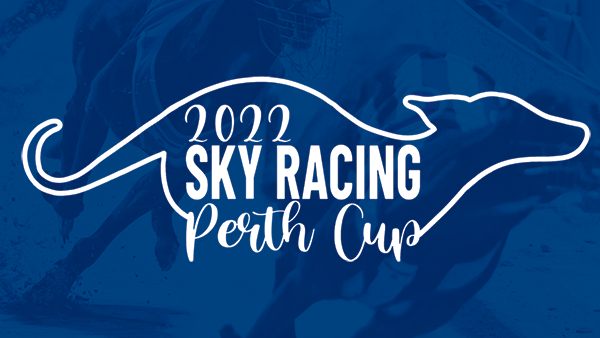 ZIPPING VIRGINIA (Superior Panama- Zipping Katelyn) railed underneath of the leader Torpedo Tears coming to the home straight before scoring a 3 1/2 length win in the opening heat of the Gr 1 Sky Racing Galaxy. The John Finn trained NSW chaser defeated SA raider Bedrock Fred in a time of 41.76. MAMBO MONELLI (Se Tali Sundance- Camelia Monelli) led as expected and demolished his rivals winning the second heat by 4 1/4 lengths over Pilbara in 41.55. The Steve Withers trained dog clocked a 41.49 at his first look at the distance two weeks prior. MEPUNGA  RUBY (Fernando Bale- Mepunga Rosie) led throughout in the third heat of the Galaxy defeating Hecton’s Boy by 3 1/2 lengths in 41.95. The Jeff Britton trained star was coming off a GR 1 win in the Fanta Bale Super Stayers and although leading was 1 1/2 lengths slower to the first split than Mambo Monelli in the previous heat. KNICKS BALE (Kinda Cruel Red- Dyna Willow) raced into next weeks Gr 1 final with a 1 3/4 length win over Gypsy Wyong who claimed her spot by a mere nose over Danielle Keeping. Samantha Grenfell is hoping to emulate her husband Corey who won last years Gr 1 Sky Racing Perth Cup with Tiggerlong Tonk and two years prior with Orson Allen.

LALA KIWI (Aussie Infrared- Lala Shim) showed why she is the pre post favourite for the Gr 1 Sky Racing Perth Cup with a dominant victory in the opening heat defeating Archibald by 4 1/2 lengths in 29.65. The Andrea Dailly trained star recently won the Australian Cup.    PADDY WANTS PATS (Black Magic Opal- Striker Light) jumped well from box 6 and crossed to lead into the first corner before scoring a 3 1/2 length heat win over Bubbles Away in 29.76. The Kelly Bravo trained dog recently finished second behind Lala Kiwi in the Australian Cup final.VICE GRIP (Aston Dee Bee- Bells Are Ringin) had to get off the canvas twice before scoring a half length win over Granite Song in the 3rd heat of the Perth Cup in a time of 30.01. The Adam Smithson trained dog was turned side ways going into the first corner before having to check off the leaders heals on straightening for home. ROSTERED OFF (Aston Dee Bee- Bells Are Ringin) jumped brilliantly, clocking 5.48 first split, and then raced away from his rival to win the 4th heat over West On Finn in a PB 29.65. The Paul Stuart trained dog has proven his strength with numerous wins over the 600 metres, however had not won over the 520 metres until two weeks ago. SPEED BANDIT (Kinloch Brae- West On Babe) led throughout for trainer Enzo Crudeli defeating Sunset Whistler by 1 1/4 lengths in 29.91. Crudeli is hoping to repeat his feats on 2017 when he won the Perth Cup with Equanimity. MAKURU (Kc And All- Mandjoogoordap) recorded his first ever win in 9 starts at Cannington in the final heat of the Gr 1 Sky Racing Perth Cup. The Eric Campana trained dog cut the field off as he crashed across from box 8 and then scored by 4 1/4 lengths over Rippin’ Tomahawk in 29.95. 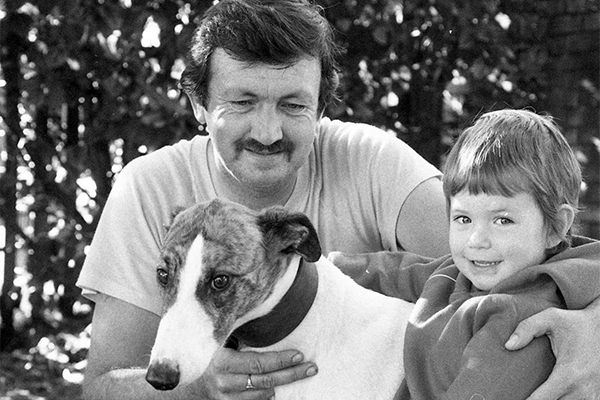 CORINNE’S GEM (West On Augie- Wagtail Kate) after being placed on Wednesday night was able to jump to the lead and score by 5 1/2 lengths over Snorkers in a PB 21.98. The Tracey Hine trained bitch has just turned two years of age and has now won twice from 6 career starts.

HURRICANE TAYLOR (led from box 2 and was not headed as he drew away from Bubble Away in the straight, winning by 2 3/4 lengths in a PB 29.96. The Eric Campana trained dog has now won 3 times from just 8 starts and doesn’t turn two years of age until May.

ARCHIBALD (Fernando Bale- Starlight Shine) flew out from box 6 and raced clear of his rivals to score by 6 1/4 lengths over Rippin’ Sheen in a PB 29.81. The black dog recently changed hands and is now trained by Rob Westworth and will go into next weeks Listed final of the Keith Harding as one of the main chances.

ROSTERED OFF (Aston Dee Bee- Bells Are Ringin) led from box 2 and recorded his first win over the 520 metres defeating Mick Flash by 2 1/4 lengths in a PB 29.83. The Paul Stuart trained dog has won over $130,000 in stakes, however before tonight had never won over the 520 metres having won 6 times at Cannington over the 600 metres. 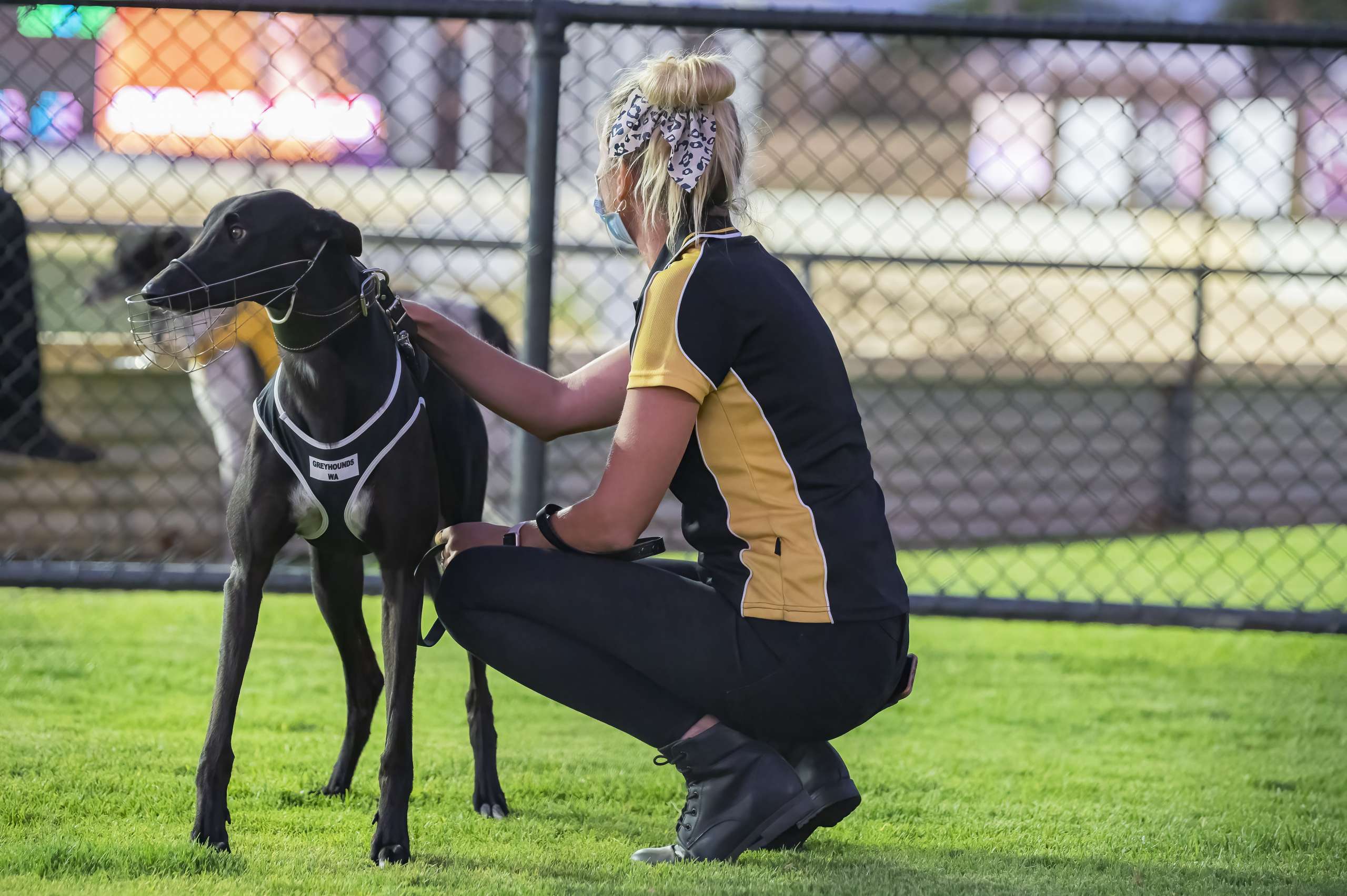 GOT THE SWAGGER (Fabregas- Gone To Heaven) returned from injury recently and at his fourth run back scored a 2 length win over Call Me Chloe in 29.92. The Corey White trained dog was building with each run and after finding the front from his inside draw, he never looked like getting beaten.

BUBBLES AWAY (West On Augie- West On Maisie) showed speed from box 6 and led the field throughout in the opening heat of the Puppy Classic. The Chris Halse trained dog defeated kennel mate Master Blaster by 1 3/4 lengths in 30.09.

MICK FLASH (Worm Burner- Real Flash) ran down the leader and race favourite near the line to score a half length win in the second heat of the Puppy Classic. The James Jeffries trained dog has now won his past 3 in a row and 5 of 6 in his short career. 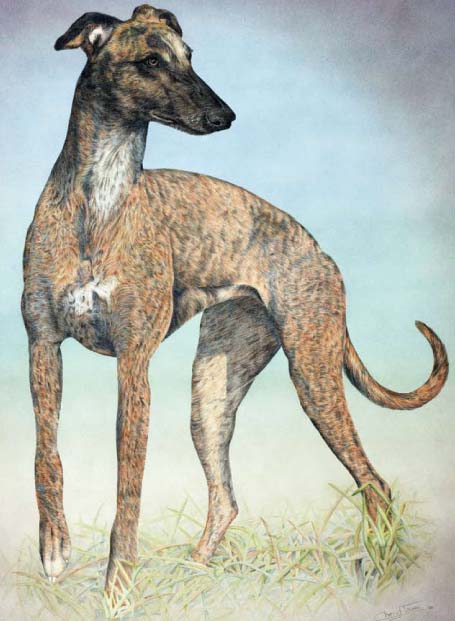 BUSTER THE BRUTE (Collision- Buckette) was well supported late to start equal favourite with the inform Sapphire Rose and was never in danger after finding the lead into the back straight and racing clear to win by 4 1/4 lengths in a PB 21.84. The Krystal Shinners trained dog had been placed at both starts since returning from injury that kept him off the track since June.

WEST ON FINN (My Redeemer- Te Amo) made it 3 wins from as many starts with an all the way demolishing of his rivals. The Chris Halse trained youngster who turns two years of age in April, won by 8 1/4 lengths in a PB 29.73 after having won the Summer Maiden Classic final the week before.

MARLOU MISS (Lochinvar Marlow- Jazzy Lou) pinged out of box 5 and raced clear of her rivals before scoring by 3 1/4 lengths over Magic Salute in a slick 21.67. The Justin Wood trained bitch has now won 2 of her past 3 starts.

SPEED BANDIT (Kinloch Brae- West On Babe) showed very good speed from box 7 and once landing on the arm proved too strong for her rivals defeating Rostered Off by 3 1/4 lengths in a PB 29.88. The Enzo Crudeli trained bitch had been racing mainly at Mandurah in recent weeks and enjoyed the return to Headquarters where she has now won 4 times from 8 starts. 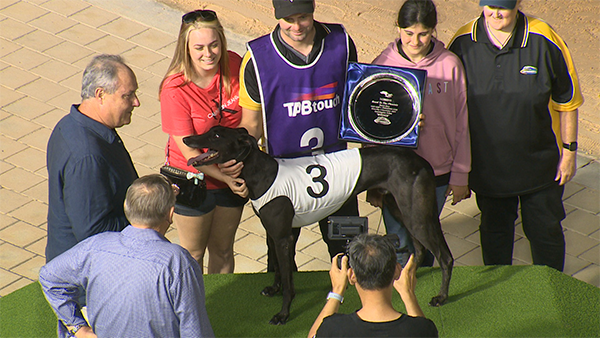