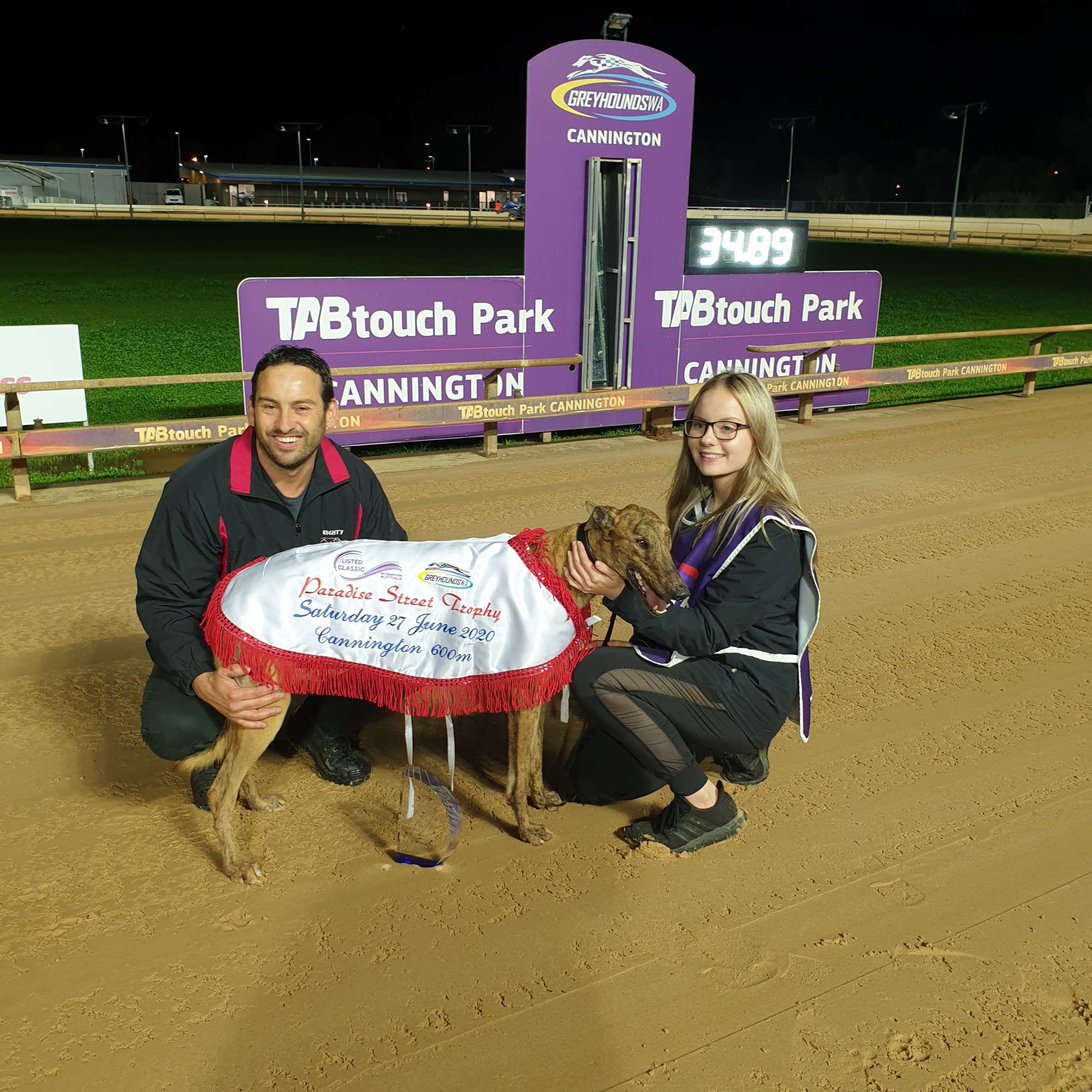 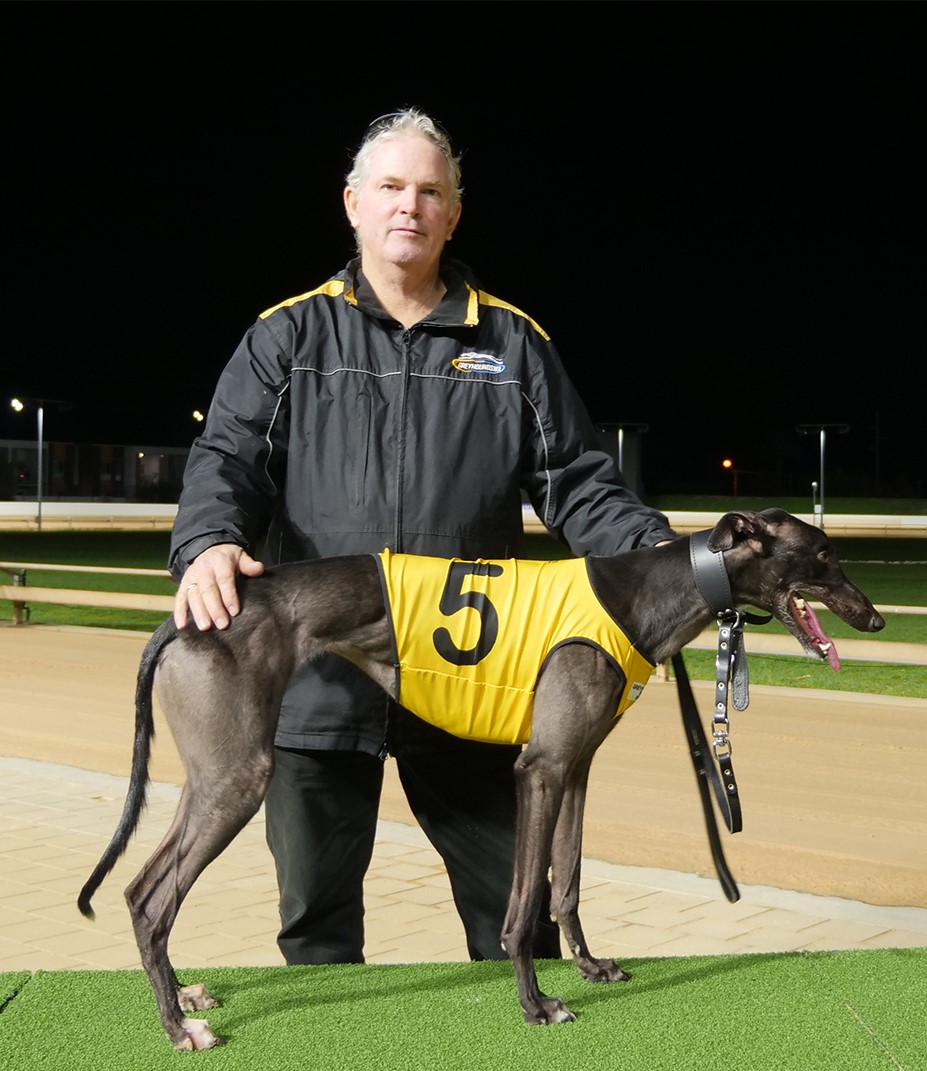 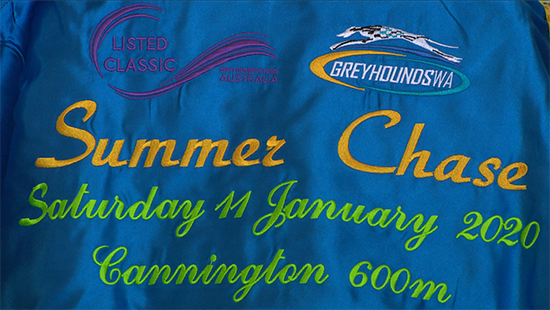 INVERSION (Collision- Solar Pak) scored an upset victory in the final of the Greyhounds WA Summer Chase after the race favourite Flake Monelli found a heap of trouble soon after the start. Once the red brindle dog found the lead he was able to draw away from his rivals and defeat kennel mates Dyna Oscar and Werner Bale by 7 lengths in 35.17. The win was the first for trainer Enzo Crudeli in the 600 metre feature final.

MOMENT TO TWELVE (Collision- Midnight Moments) recorded back to back weeks in the same week after scoring a 6 length win over King Ranji in 22.03. The Sarah Appleton trained bitch won on Wednesday before backing up to record her 5th win from 17 career starts. The win also helped the NSW Wildlife Rescue fund with Community TAB donating $500 for every number 1 dog that won on the program.

CINDY’S OLIVER (Fernando Bale- Claretown Cindy) ran home strongly to claim the leader Hostile Guess in the home straight and record a 1 3/4 length win in 30.12. The Joe Dailly trained dog recently arrived across from Victoria and has won at his past 2 starts.

GRACE ALI (My Bro Fabio- Born Ali) was too strong over the concluding stages for kennel mate and leader Kiss Me Linda, going on to score by 1 3/4 lengths in 29.94. The Chris Halse trained bitch has been racing over longer journeys recently and once settling so close to the leader was always going to be hard to beat.

ROCKSTAR PATRIOT (Fernando Bale- Glory Of Love) returned to the track, after an absence of 5 months through injury, with a barnstorming finish to win first up. A brilliant training performance to have the Gr 1 Galaxy winner return to the track in such style by Paul Stuart, the black dog defeated Rappa Flash by a length in 30.17. 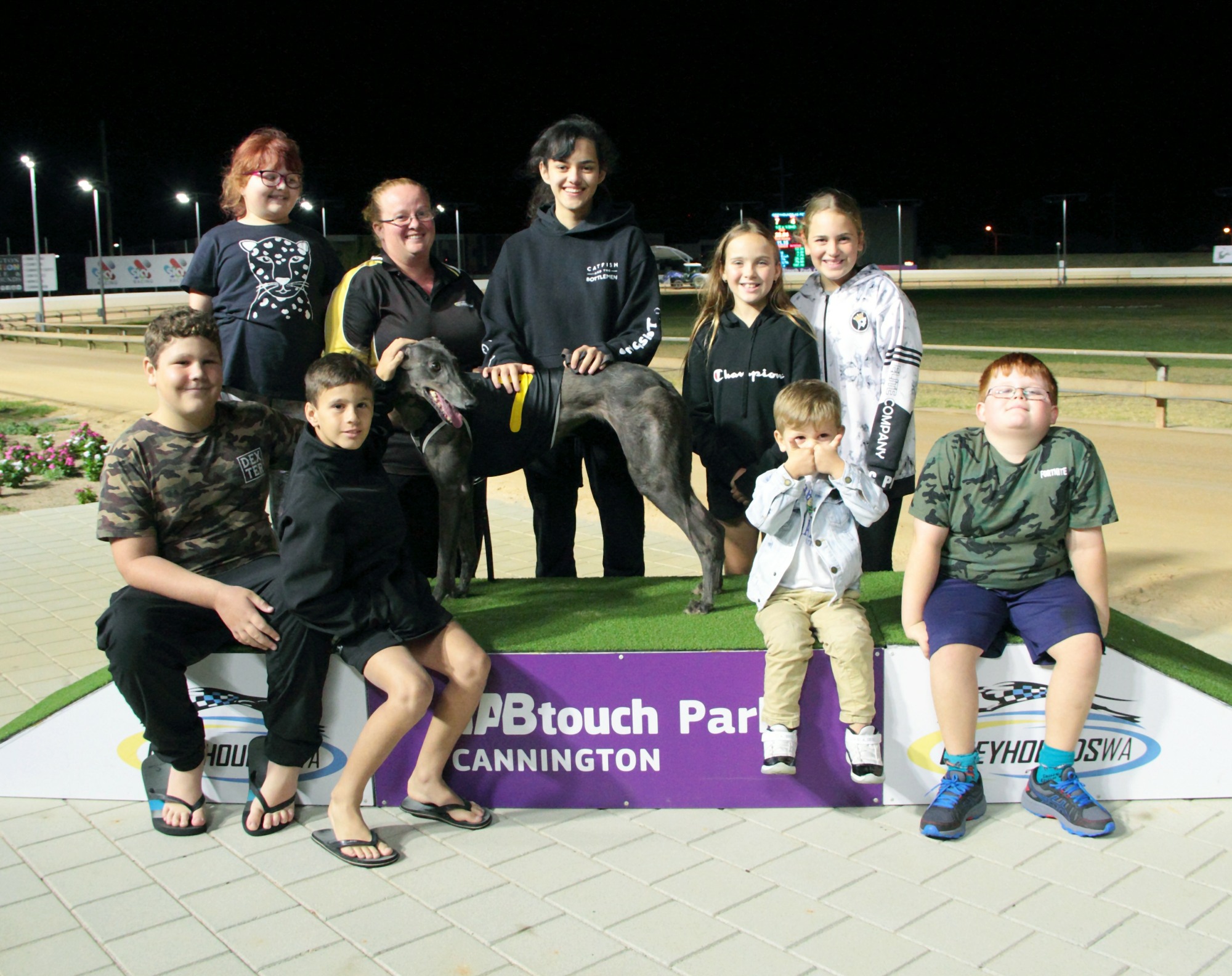 PREASSEMBLED (Tureaud- Sharon Monelli) broke through for his Maiden win with an all the way victory over kennel mate Transpire, scoring by 2 lengths in 22.35. The Ben Maclean trained youngster had recently finished second twice.

ZACK MONELLI (Barcia Bale- Penny Monelli) had to work hard after being crossed by kennel mate Pixie Monelli in the home straight the first time, before drawing clear to win by 2 1/2 lengths in 30.21. The David Hobby trained dog has now won 3 times from 6 starts. The fields were effected once again by the Gastrointestinal illness currently effecting the greyhound population in WA.

DON’T GUESS (Barcia Bale- Te Amo) recorded an 11 length win over Shinboner for returning trainer Christine Robartson. The black dog stopped the clock at 29.91 after having been placed second at his past 3 starts. Robartson was a leading trainer in WA before she travelled with husband Dave and then had to over come health issues.

SUNNYSIDE UP (Don Chendo- Tricky Violet) led throughout over the 520 metres to score a 1 1/4 length win over Venus And Mars in 30.15. The Linda Smithson trained bitch had won her previous start at Mandurah in 28.01 and has now won 8 times in 47 career starts. 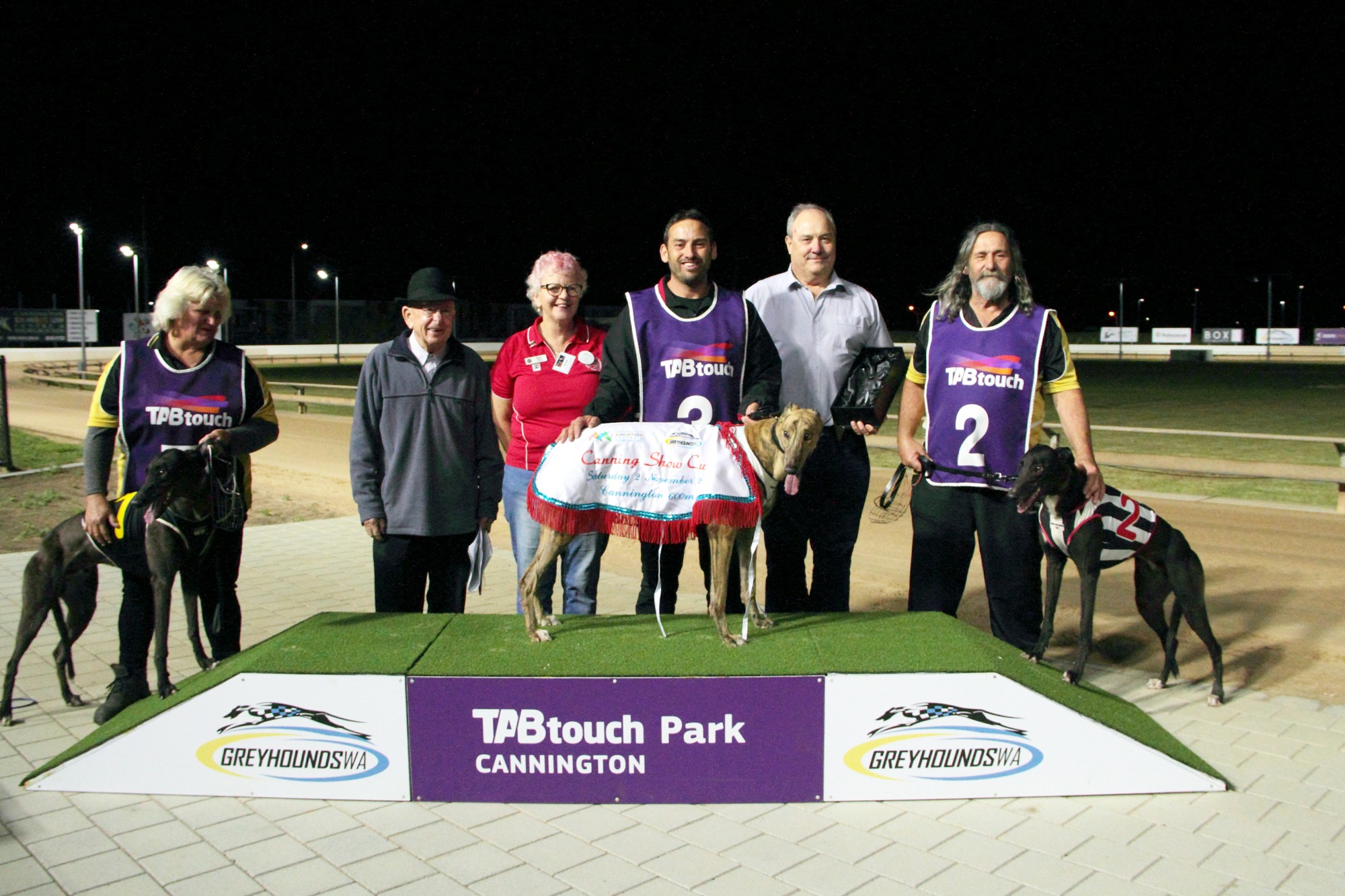 DYNA OSCAR (Fernando Bale- Unix Bale) demolished his rivals in the final of the listed Canning Show Cup with an all the way victory from box 3 for trainer Enzo Crudeli. Well supported soon before the start, the brindle dog was on debut over the 600 metres after his recent second behind Alicante Bouchet in the Gr 2 All Stars Final the week before. The brindle dog defeated Reidy’s Runner by 3 lengths in 34.93.

GRAN AMOR (Fernando Bale- Te Amo) stepped up for the first time over the 715 metres and proved too strong for kennel mate Fantastic Ghost, scoring by a length in 42.97. The Michael Johnston trained bitch had recently been placed 3 times over the 600 metres.

AMAZING FUN (Barcia Bale- Queen Of Fun) recorded his third win in a row with an all the way victory over Super Blade in 30.23. The Lexia Isaac trained dog had won twice at Mandurah over the 490 metres before returning to Headquarters.

JADE’S BLADE (Kinloch Brae- Bluey’s Fate) drove to the front from box rise and although pressured throughout by Dandalup Casper, the black bitch was able to hold on and win by 3/4 length in 30.13. The Joe Dailly trained bitch had been freshened since her unplaced run in a heat of the All Stars 2 weeks earlier.