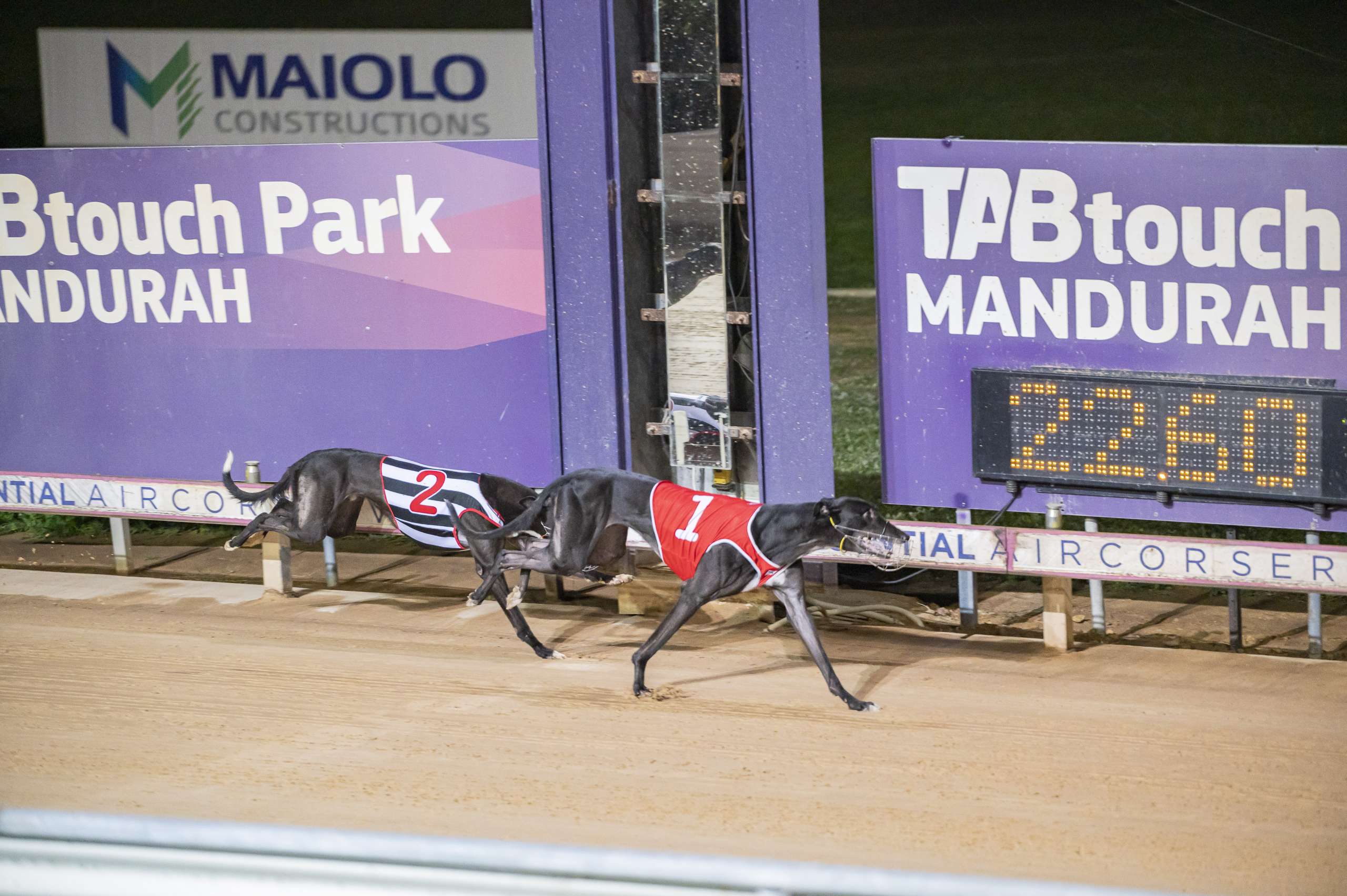 Zambora Brockie youngster Power Train was unplaced at his first seven starts and in March was sent out at the huge win odds of 70/1. On May 27 he improved sharply when Stoneville trainer Max Julien switched him to the Mandurah track and he defeated the talented Bundegi over 405m in a fast 22.82. Tonight he backed up that performance with another victory from box six in 22.85. Power Train is out of Chill Out Julie and is a full brother to other promising youngsters Western Delight, Simba Dasher and King Of Saxony.

Race 5 Number 8 MITIGATION : After being pushed wide he stormed home for a close up fourth.