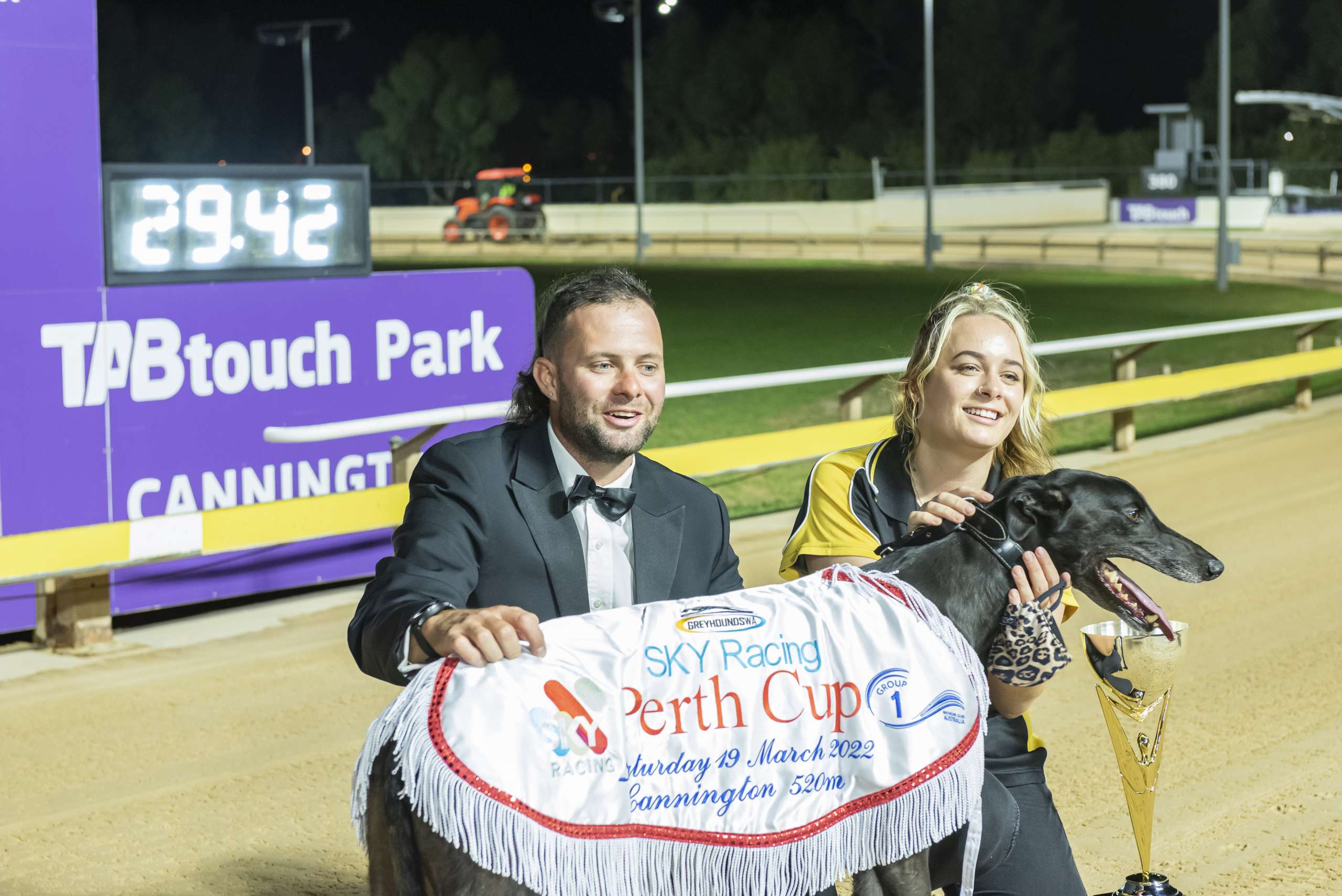 VICE GRIP (Aston Dee Bee- Bells Are Ringin) led throughout from box 5 in the Gr 1 Sky Racing Perth Cup to give 28 year old trainer Adam Smithson his biggest success in the sport. Smithson only went full time training in the past 12 months and when he was asked to train the former Victorian chaser by his syndicate of owners called the Four Frothies syndicate, little did he know the ride he was about to take. Having won the Gr 2 All Stars in November last year, he then won the right to represent the DogsWA in the Phoenix final in Melbourne. Having drawn on the outside of the Australian Cup winner Lala Kiwi, Smithson knew he needed his dog to jump and jump quickly. He clocked a PB 5.40 first split before winning by 7 lengths over Archibald and Rostered Off in another PB 29.42. The two Victorian chasers and favourites had little luck and finished well back.

MAMBO MONELLI (Se Tali Sundance- Camelia Monelli) led throughout to record his first Gr 1 victory in the Sky Racing Galaxy final. The WA star was heavily supported to start a $1.50 favourite against the best stayers in Australia and he didn’t let his supporters down. The Steve Withers trained chaser was having just his third start over the 715 metres and he continued to show his speed running some sensational splits before stopping the clock at 41.59, just outside of the race record set by Zack Monelli last year at 41.54. The black and white dog defeated Mepunga Ruby by 2 1/4 lengths with a further length back to Zipping Virginia.
Weight Variations