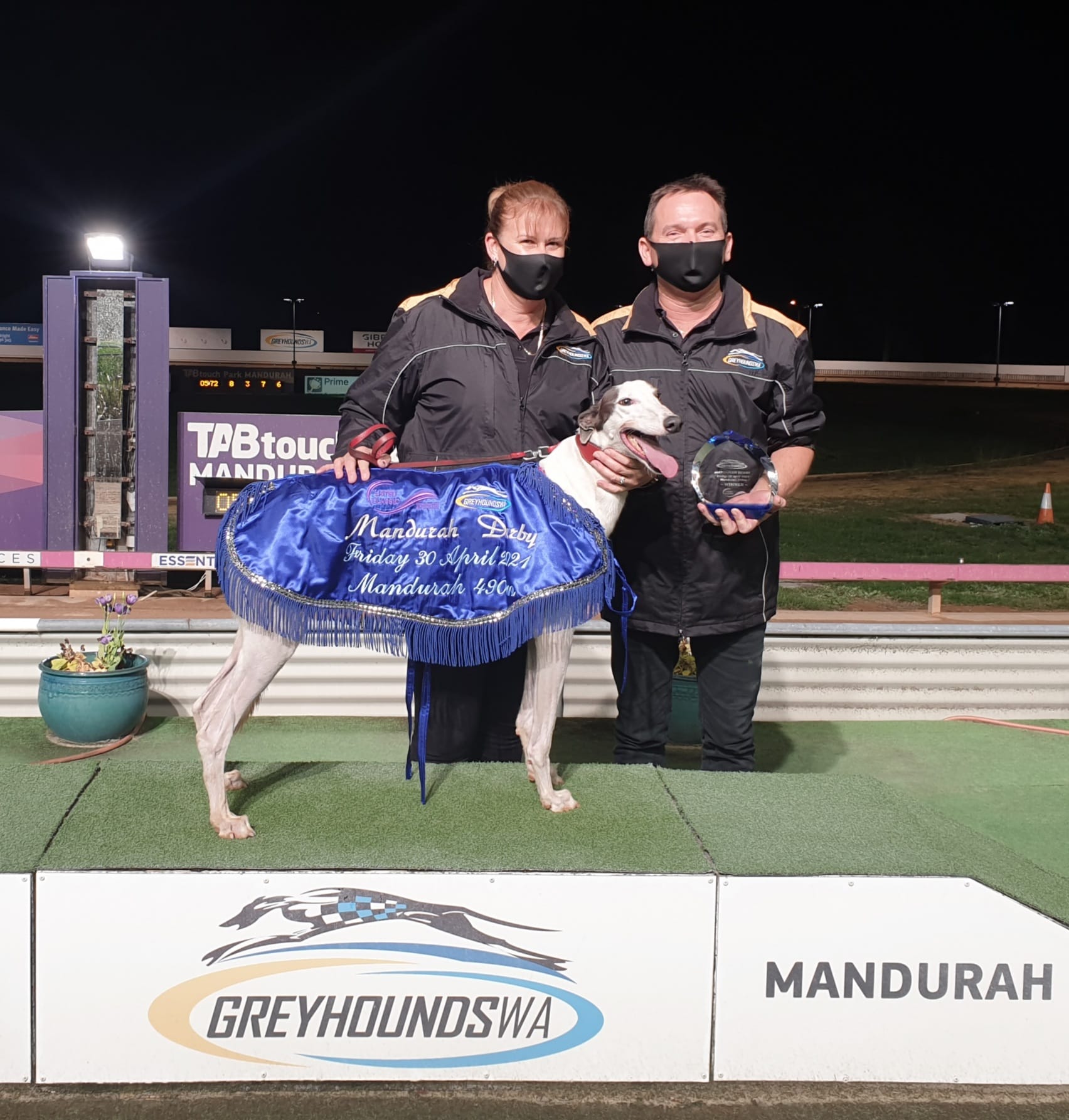 Last Friday Domino Mac equalled the 490m Mandurah track record with a super Mandurah Derby Heat win in 27.02. He led throughout from box two and despite matching Zack Monelli’s record was sent out second favourite in tonight’s Final mainly because he drew box eight. The son of Rippin’ Sam began speedily though and worked to the outright lead in the middle stages before winning in a fast 27.17. Victorian chaser Earn The Answers worked home strongly for second and two lengths away third was Got The Swagger. Domino Mac is raced by Kylie and Ron McLennan and has now won 11 of 29 career starts and earned over $43,000.

Race 6 Number 5 EINSTEINIUM : Returned to his sizzling best with a FFA win in 22.44.