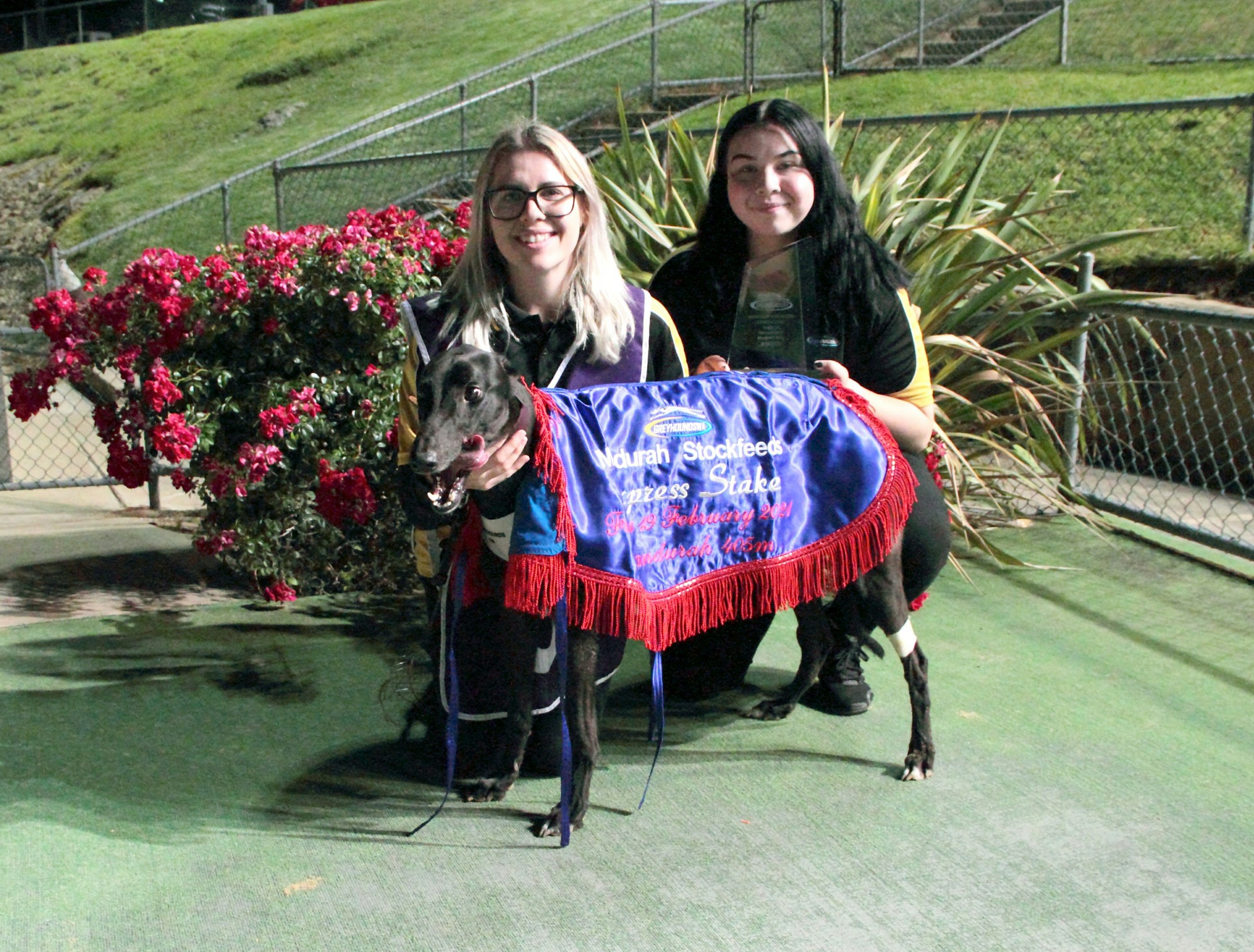 Regally bred sprinter Classy Riot qualified fastest for tonight’s Mandurah Stockfeeds Express Final and delivered for connections with a terrific win. The son of Brett Lee out-mustered a speedy field to lead at the first turn before zooming away to score in a slick 22.59. Trained out of Canning Vale by Terry Erenshaw Classy Riot was always going to be hard to catch given his strength at the end of 405m. The Nambeelup based Just Send It finished strongly for second and the Casuarina based Jumbo Jet ran on powerfully for third. Classy Riot is a full brother to brilliant greyhounds Disco Riot, Grand Riot and Slick Riot who collectively have won 32 of their 89 career starts.

Race 3 Number 7 GEARED UP : Powered home for a solid second behind Zipper Rogue.