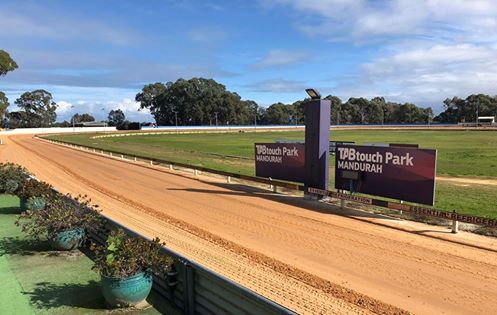 Former NSW sprinter Big Stan capitalised on box one tonight when he led throughout to win the Bet Local Bet TABtouch Novice over 405m. The brindle son of Unlawful Entry won his maiden over 340m at Bulli in August and last Thursday finished a close up third behind Greedy Boss at his WA debut. Tonight from the red he was backed into a $2.50 favourite and after a clean getaway sped to the lead before hanging on to win by a head. The Frank Lowry prepared Aston Coopers surged home quickly to challenge but left it a touch too late. Three lengths away third was the Tim Gummow trained Isolated who showed nice mid race muster to also make the podium. Big Stan has only just turned two and will be winning plenty of races for trainer David Magistro and owner Bruce Heaton. Magistro has trained plenty of top greyhounds in the past namely Hello I’m Steelo, Stockholm, Charlie Boy, Mr Sprite, Zambora Den and Black Kyurem.