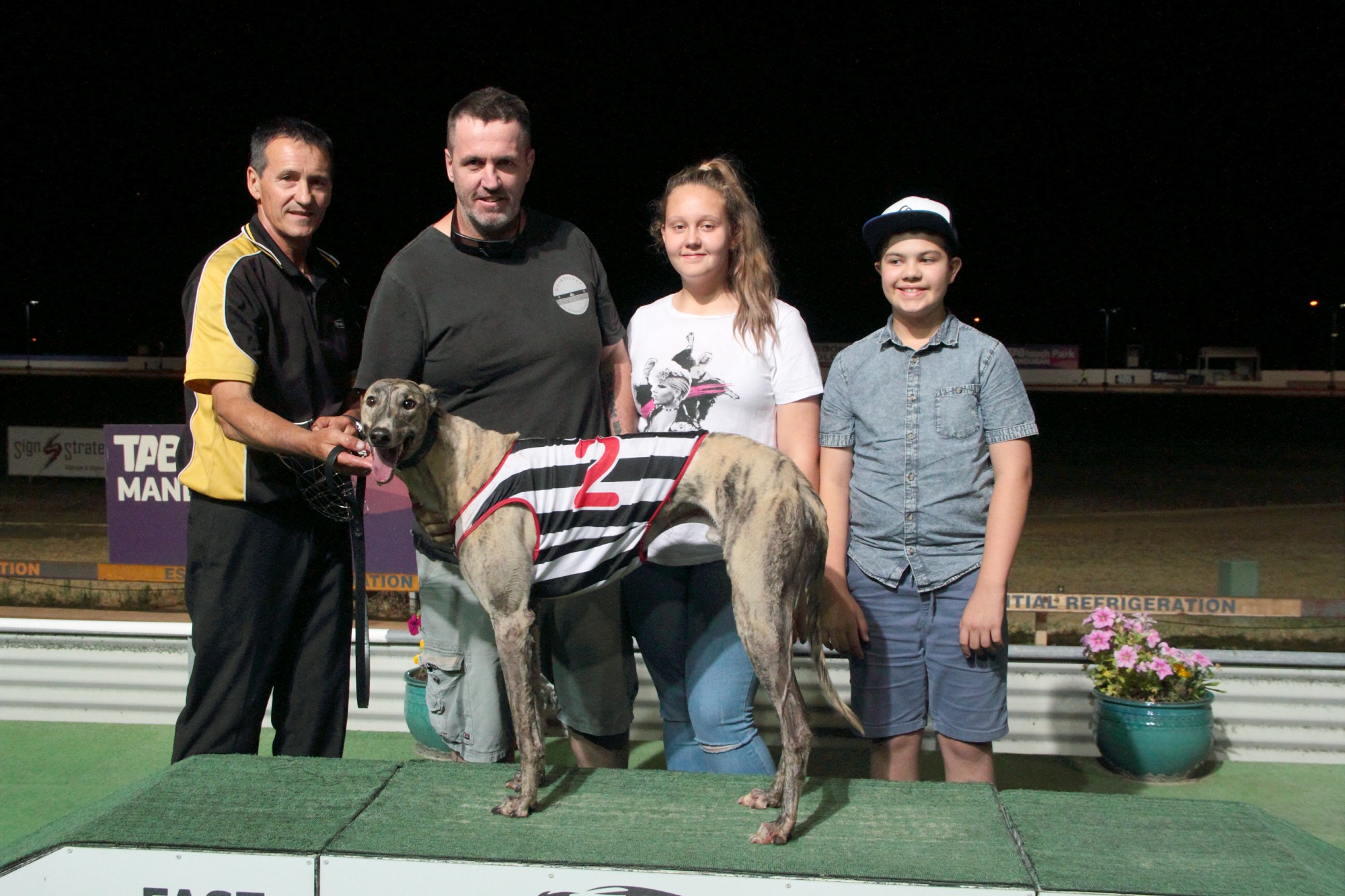 There’s an empty spot on the shelf on Andrew McLaren’s trophy cabinet which the Nambeelup-based trainer hopes to fill when he contests the Mandurah Mail Birthday Cup (405m) at Tabtouch Park Mandurah this Friday.

McLaren has claimed most feature races held at the Peel circuit but the Group 3 Birthday Cup, one of the biggest prizes on offer, has so far eluded him.

He has every opportunity to rectify that situation in this year’s edition where he will be represented by Westdale Prince and Alfa Tonic.

Alfa Tonic has drawn the pole in the trophy decider after winning his heat from the same box.

“He doesn’t have the early zip he used to have but he’s got the advantage of box one which will suit him and should put him in the race,” McLaren said of the 60 start veteran chaser.

Westdale Prince (box six) is mining a rich vein of form with four wins from his past six attempts, including a comfortable victory in 22.74 during the heat stage.

“Winning form is good form and Westdale Prince is possibly the better chance of my two,” McLaren said.

“The draw shouldn’t worry him and if he does what he can do, which is get out in front, he’ll be right up there.

“Hopefully he can hold out Cosmic Ox which I think is the dog to beat.”

Cosmic Ox is one of two runners in the race for rival trainer Jamie Marsh alongside littermate Cosmic Gas.

Both dogs are heat winners and impressive up-and-coming types although Cosmic Ox is the slightly more seasoned racedog of the pair.

Cosmic Ox is the fastest qualifier after clocking 22.62 during his heat and he has been ultra-consistent in his career to date with nine wins and six minor placings from 17 starts.

The Birthday Cup is one of two group races conducted at Mandurah and commemorates the opening the racetrack in 1979.