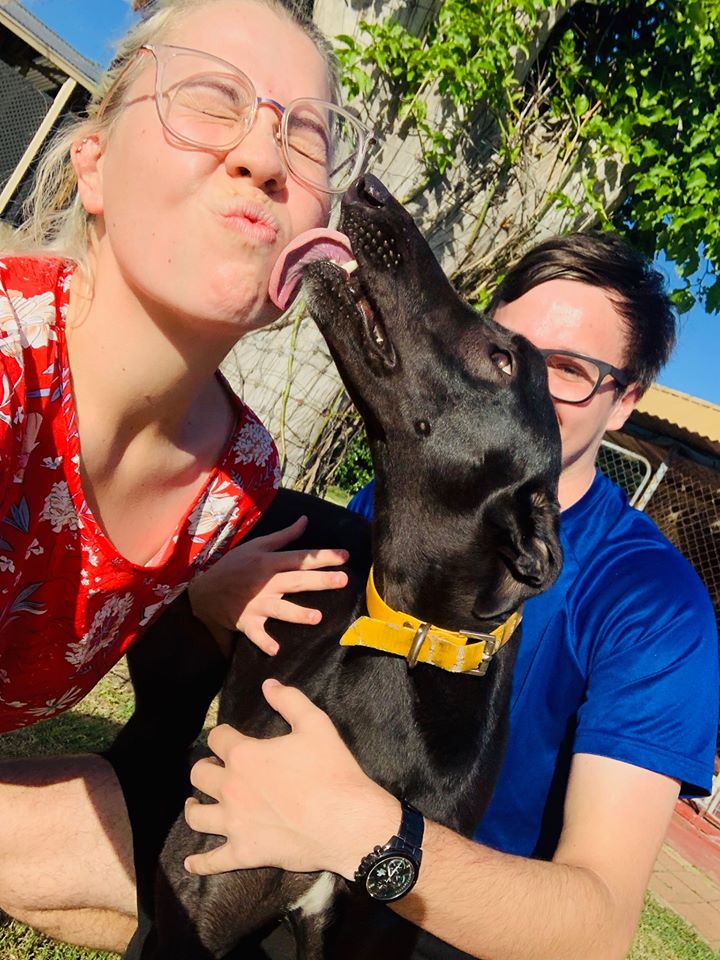 Exciting young chaser Einsteinium looks primed to return to the winner’s circle when he contests the Mailo Constructions Novice (Race 7) over 405m at Mandurah tonight.

The classy Terry Erenshaw-trained youngster burst onto the scene in mid-February with a scintillating trial run over the ‘400’ when he clocked 22.41.

Since then Einsteinium has claimed two wins and a runner-up placing after being edged out by Turbo Fun last start.

The pair meet again this evening but on this occasion Einsteinium has the benefit of an inside draw while Turbo Fun will jump from box eight.

Einsteinium is a radioactive element that was discovered after the first hydrogen bomb explosion in 1952 and is named after one of the most famous thinkers in human history: Albert Einstein.

The greyhound version is the latest in a series of element-themed racedogs to come out of the Erenshaw kennel.

“We saved the Einsteinium name for a smart one,” says Sam Marsh, Eresnshaw’s daughter and racenight handler.

“Just like his elemental namesake Einsteinium has dazzled us with explosive early speed from a young age.”

The first race from Mandurah tonight is at 6.02pm.

A reminder that access to the racecourse is restricted to essential raceday staff and participants only, no members of the public will be allowed entry.

You can follow all the chasing with SKY Racing, TABRadio and via the TABtouch app.

Thanks to Sam for sending us this wonderful image!