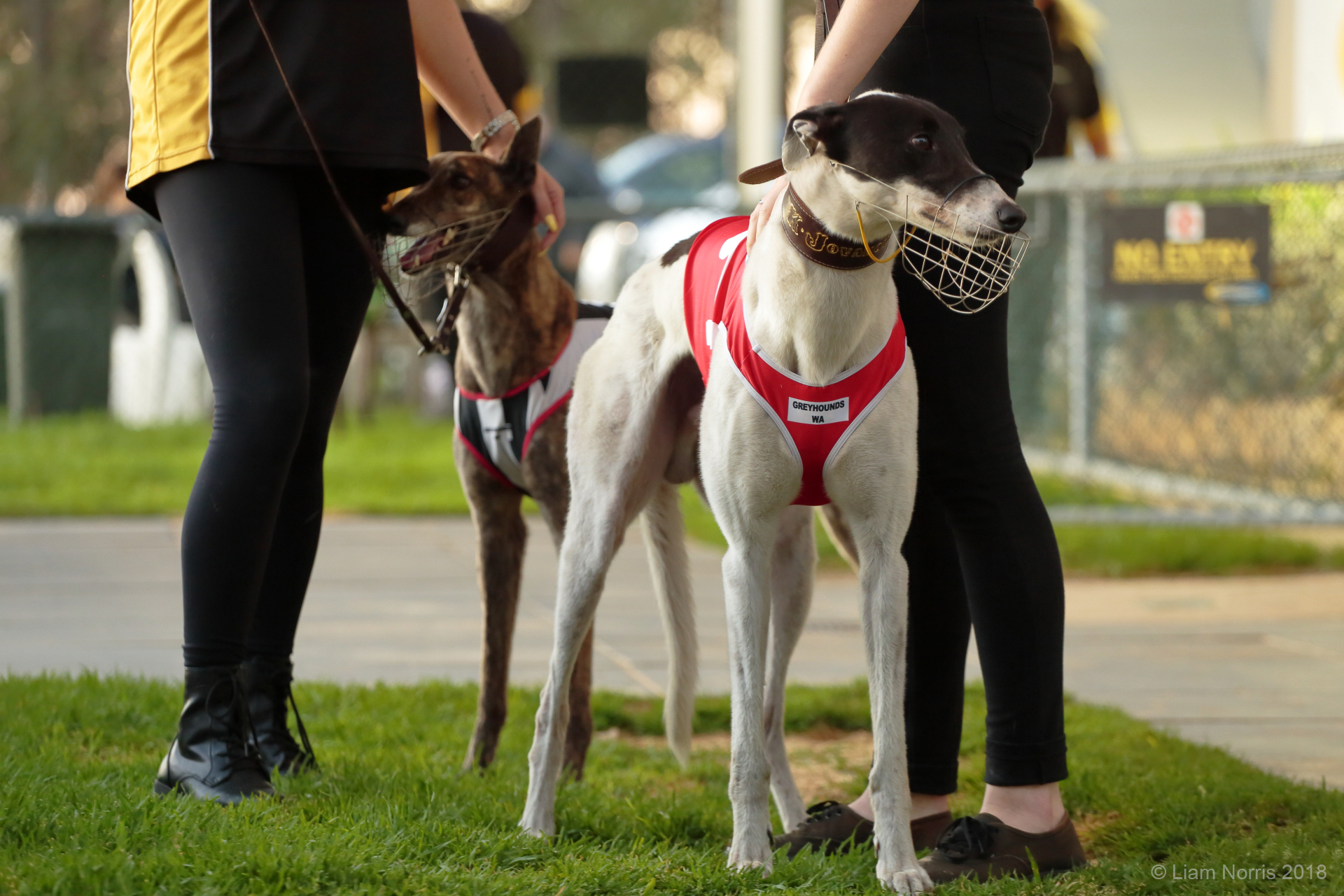 Talented young sprinter Napoleon Dynamo defeated a nice field in tonight’s BETNFT.RUN Novice over 405m for Southern River based trainer Pete Brown. His kennelmate Jolie Export flew to an early lead but wobbled wide at the top of the home straight. Napoleon Dynamo zoomed through to win in fine style and posted a fast new PB of 22.77. The Jamie Marsh prepared Snorkers battled on for a strong second and looks to be on the verge of returning to the winner’s list. Initial leader Jolie Export was a head away in third position after recording a slick 6.65 first sectional. The victory took his career statistics to 3 wins, 5 seconds and 5 thirds from 26 career outings.

Race 2 Number 2 STELLA GUNDI : Made up many lengths after being shuffled back early.