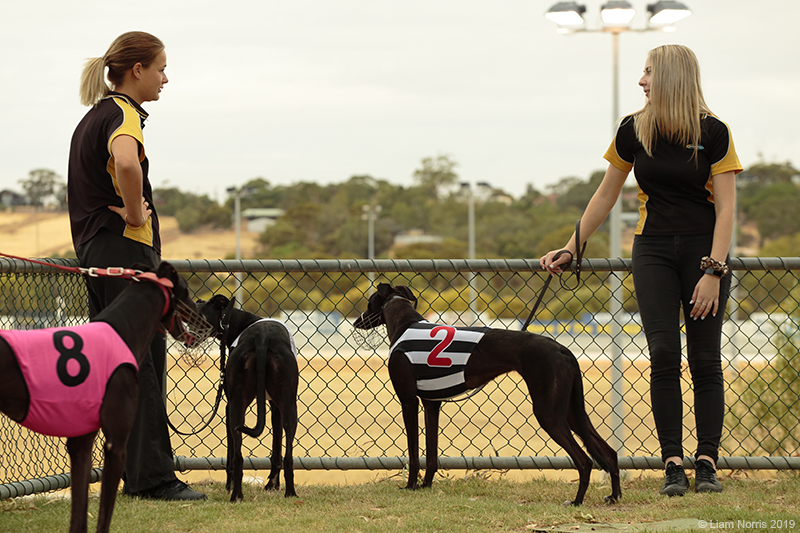 DIAGO JOE (Orson Allen- Ochre Keroma) led from box 8 and recorded his Maiden victory on debut at the return to racing at Northam. The James Jeffries trained dog had won a trial recently at Mandurah over the 302 metres. The fawn dog defeated Tenthill Fire by 2 1/4 lengths in 17.65.

SAPPHIRE GIRL (Dyna Double One- Rickshaw Rosie) also led from box 3 and charged away from Burner Flash to win by 3 lengths in 17.82. The Bill Choules trained bitch was coming off a third placing at Cannington over the 275 metres at her previous start.

STARLIGHT GINA (Superior Panama- Starlight Bella) was able to hold out the challenges from her inside draw and raced clear in the straight to win by 4 lengths in 29.84. The win gave trainer James Jeffries an early winning double at the track he won the trainers premiership at before it was shut down.