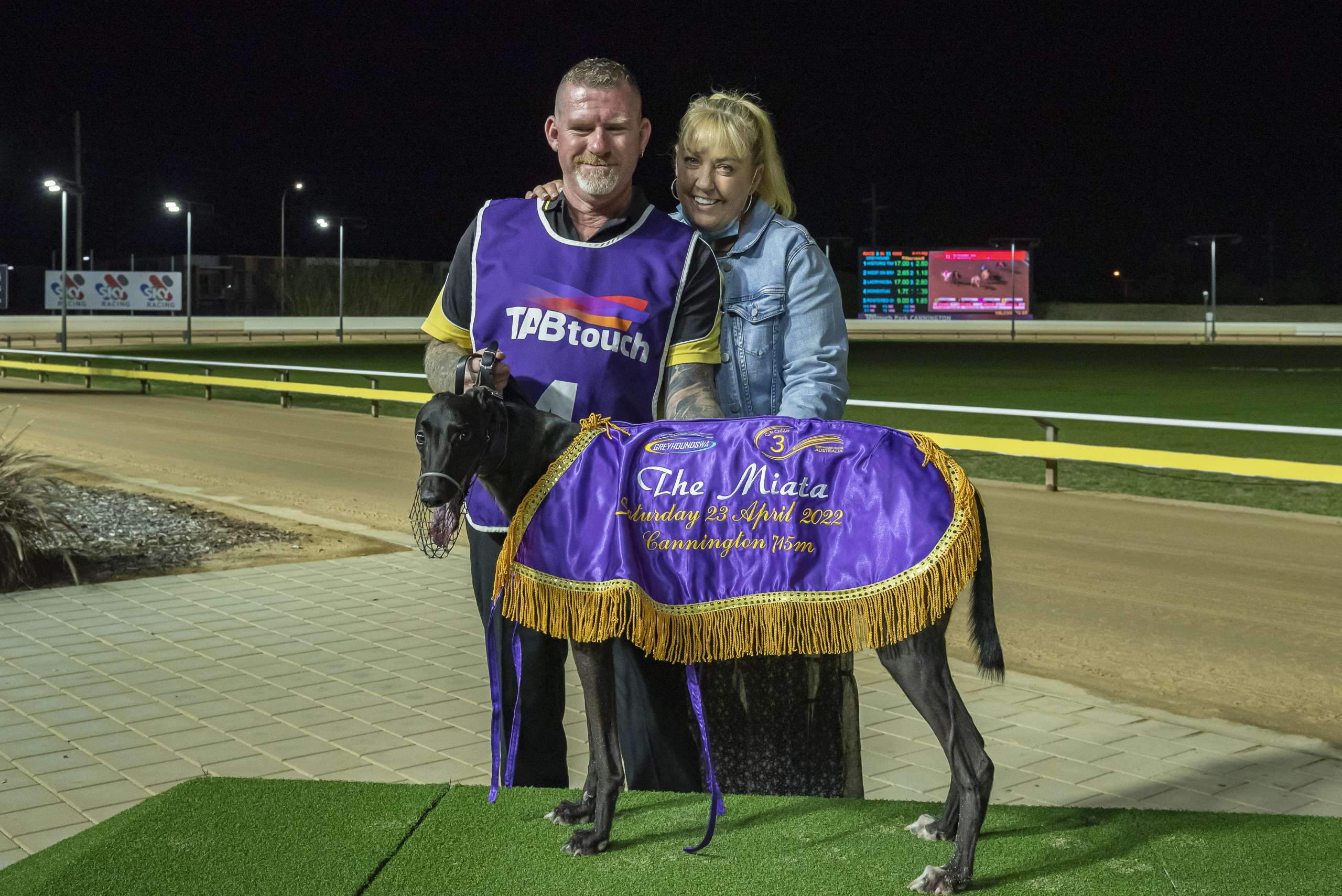 HINTO (Zipping Garth- ReKall Kelsos) looked impressive as he raced clear going out of the back straight and to a 7 1/2 length Maiden victory over Winnie Woo Woo in 29.99. The Christine Robartson trained youngster had finished second at his only two race starts prior to his demolishing.

BLAZIN’ LASS (Worm Burner- Bells Are Ringin) crossed from box 8 and recorded her second win in the week with a come from behind 3/4 length victory over West On Bronte in 30.22. The win came an hour after trainer Adam Smithson had won with Perth Cup winner Vice Grip in a qualifying heat of the Million Dollar Chase in Sydney at Wentworth Park.

GRANITE SONG (Aston Dee Bee- Juniper Twedo) was able to hold the lead from box 3 and although challenged by Rippin’ Tomahawk, the black dog was able to dig deep and score by a length in 29.96. The John Carmody trained dog ended a losing sequence of 7 and recorded his 8th win from 29 starts.