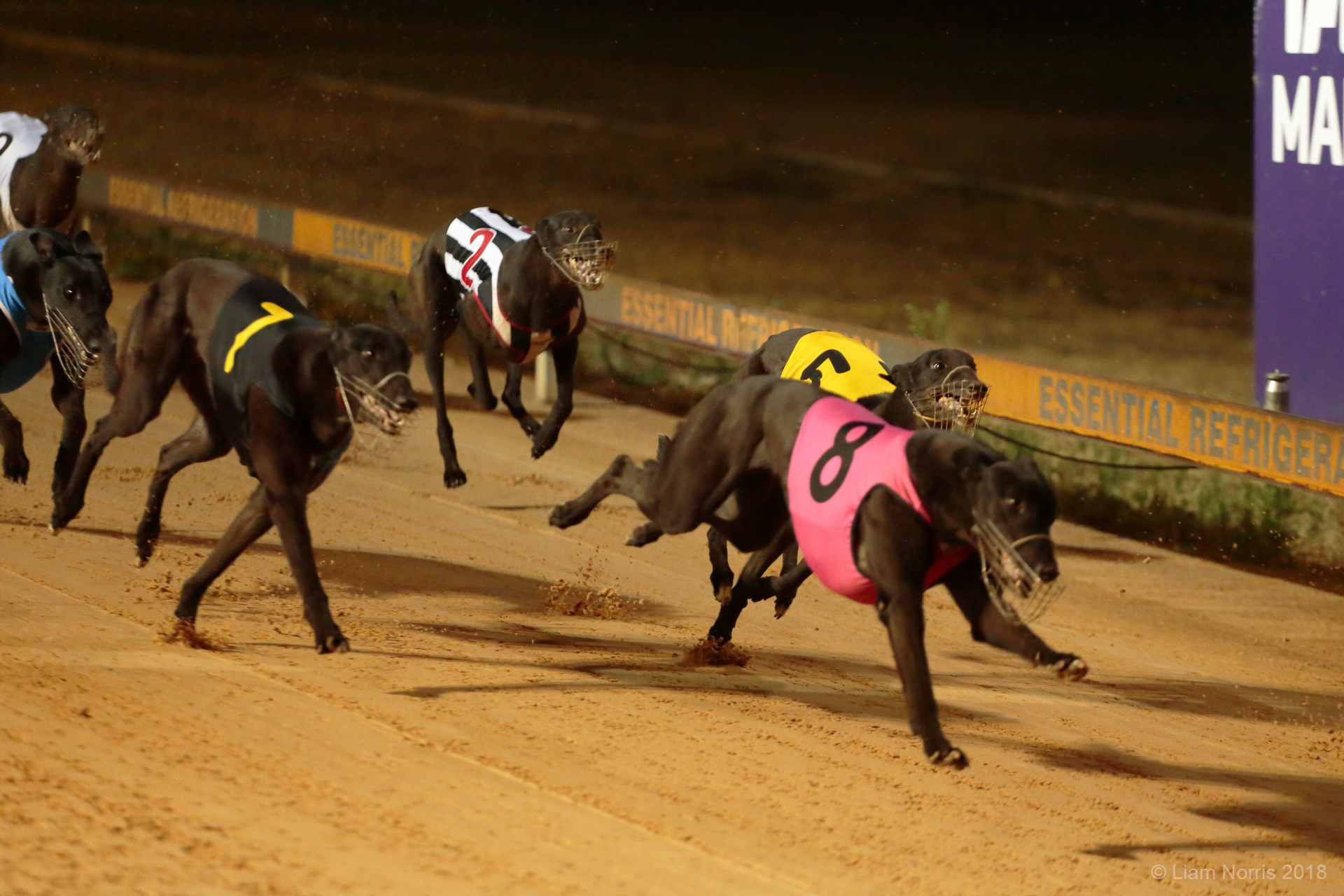 Toto Tonic took full advantage of a late inside run tonight when he soared to victory over the 405m journey. Bogong Monelli (box 5), Incredible Siam (box 2) and Global Elite (box 8) looked set to fight out the finish before being overtaken in the last ten metres by Toto Tonic. The son of Unlawful Entry had overcome bumps at his first two career starts to be placed and went one better tonight with a solid 23.38 win. He is out of Starlight Beauty who is a full sister to the likes of Gold Gun Warrior, Max Star, Starlight Bella and Starlight Shine.