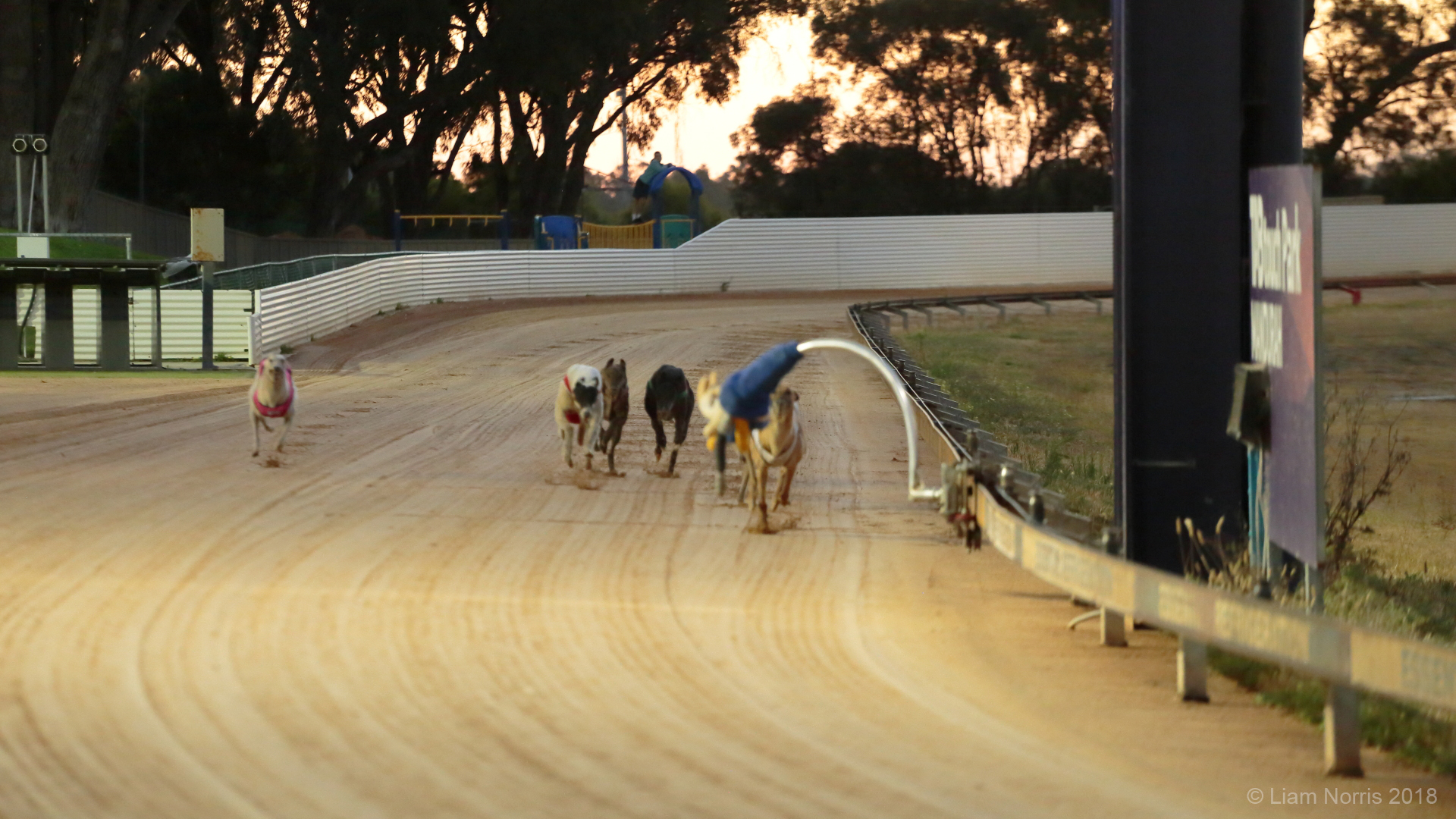 Strong sprinter Low Blow finished like a train to win tonight’s opening heat of the Dawesville Cup for Nambeelup trainer Adam Smithson. The son of Aston Dee Bee settled in third position before proving too strong for initial pacemakers Archibald (second) and Sleepy George (third). His recent form at Cannington had been terrific including a 600m victory last month when he led all the way. He recorded a smart 27.75 and will prove very hard to hold out in next Friday’s final from box one.The box draw :

Race 2 Number 3 RAY KEEPING : Gave some top chasers a start and a beating in an impressive 27.71.