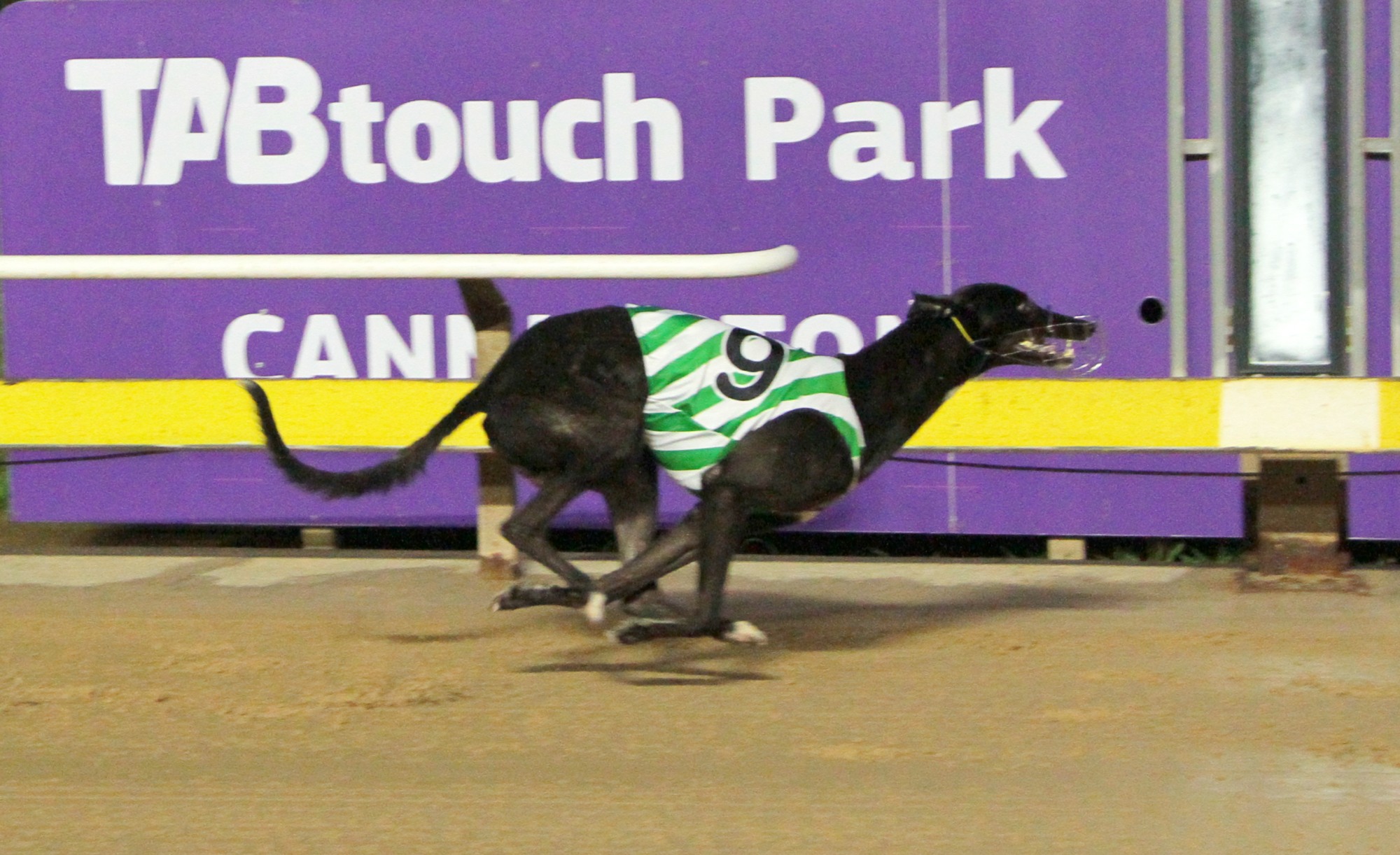 PANADERO OPAL (Collision- Go Go Treatment) was most impressive in recording her Maiden victory after showing speed from box 4. The Adam Smithson youngster, who doesn’t turn two years of age until December, raced clear of her rivals defeating West On Cobra by 7 1/4 lengths in 29.79.

ZIPPING JADE (Barcia Bale- Zipping Tess) jumped well from her outside draw and raced clear of her rivals in the home straight to win by 5 1/4 lengths over Bushman’s Poppy in 21.87. The Kody Charles trained bitch recently won over the 275 metres in 16.05 and has won 2 of her past 3 starts.

SERONG (Fernando Bale- Starlight Shine) worked past the leader Big If going along the back straight before powering away to win by 4 1/4 lengths in 29.75. The Paul Stuart trained youngster bounced back from an unlucky second the previous week and has now won 5 times from 12 career starts.

STOUT MONELLI (Barcia Bale- Corona Monelli) bounced back into the winners circle with an all the win over Rapido Lass, turning the tables from the previous week. The David Hobby trained dog ran a PB on the arm defeating Rapido Lass by 2 1/2 lengths in 34.60. The black dog has now won 3 times from 4 starts over the 600 metres.