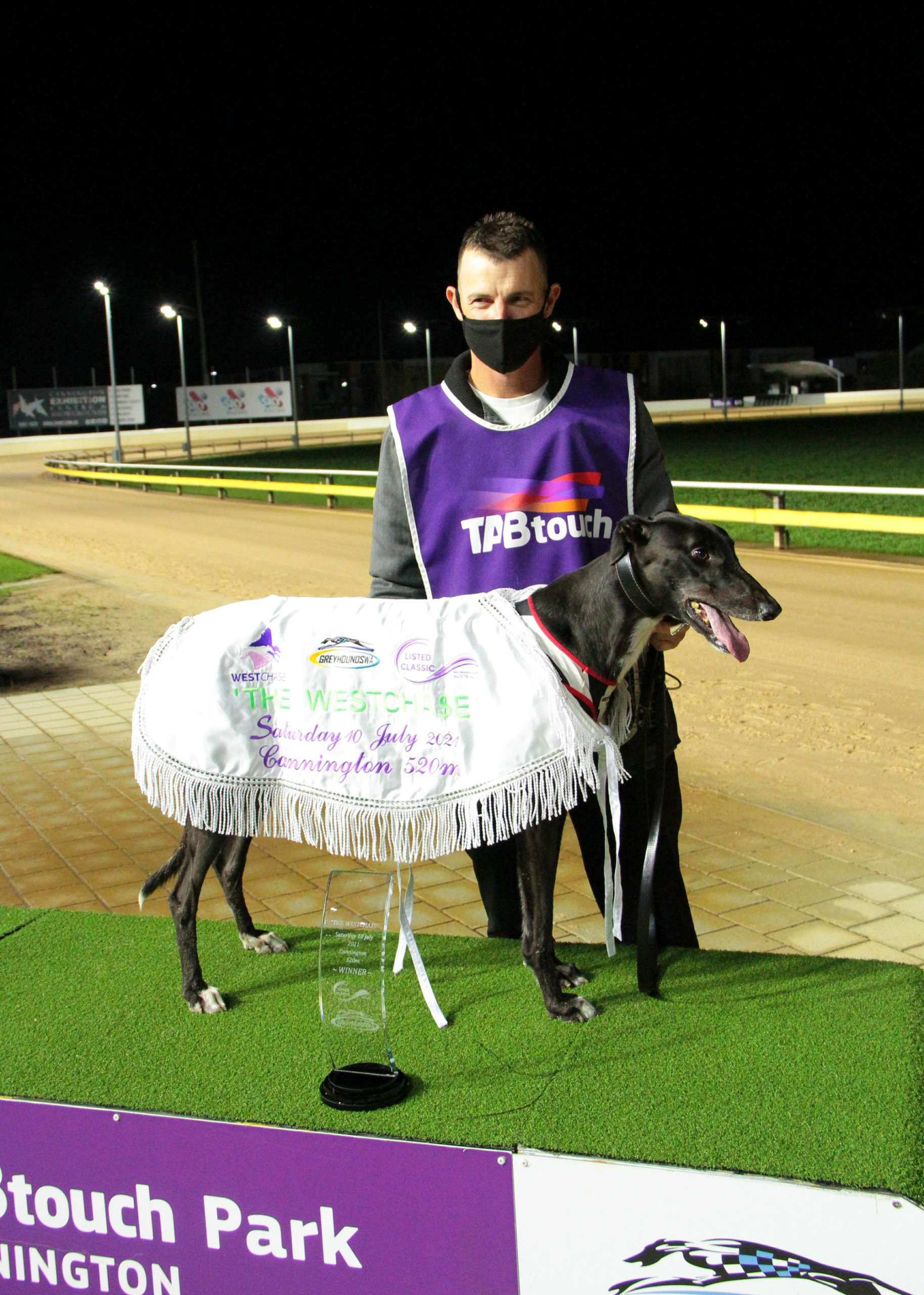 SERONG (Fernando Bale- Starlight Shine) recorded his biggest win at just his 10th career start when he led throughout from box 2 and took out the Listed The Westchase final. The Paul Stuart trained youngster drove through underneath of Got The Sugar on the first corner and held on to win by a length in a new race record time of 29.59. The win saw Stuart win both feature over the weekend as he also trained Rostered Off to win the Mandurah Middle Distance final the night before.

WESTDALE HAILEE (Tureaud- Bluey’s Fate) caused an upset win in the opening race defeating the well supported favourite Einsteinium by a head in 21.78. The Joe Dailly trained bitch had been racing consistently without in winning finishing in the placings at 3 of her last 4 starts prior to her recording her 9th career win.

WEST ON BRAE (Kinloch Brae- High Recall) led throughout to defeat kennel mate West On Grit by 3 1/2 lengths in 29.85. The talented youngster has now won 11 of 19 career starts and returned to the winners list after a luckless run behind Manzu in his heat of the West Chase the week before.

JIMMY’S DECISION (My Redeemer- Moonshine Mandy) bounced back into the winners list as he ran down the leader Canya Moonshine and went on to win by 4 1/4 lengths in 30.01. The Jai Jormanainen- Davis trained dog had been knocking on the door being placed at 2 of his past 3 starts.