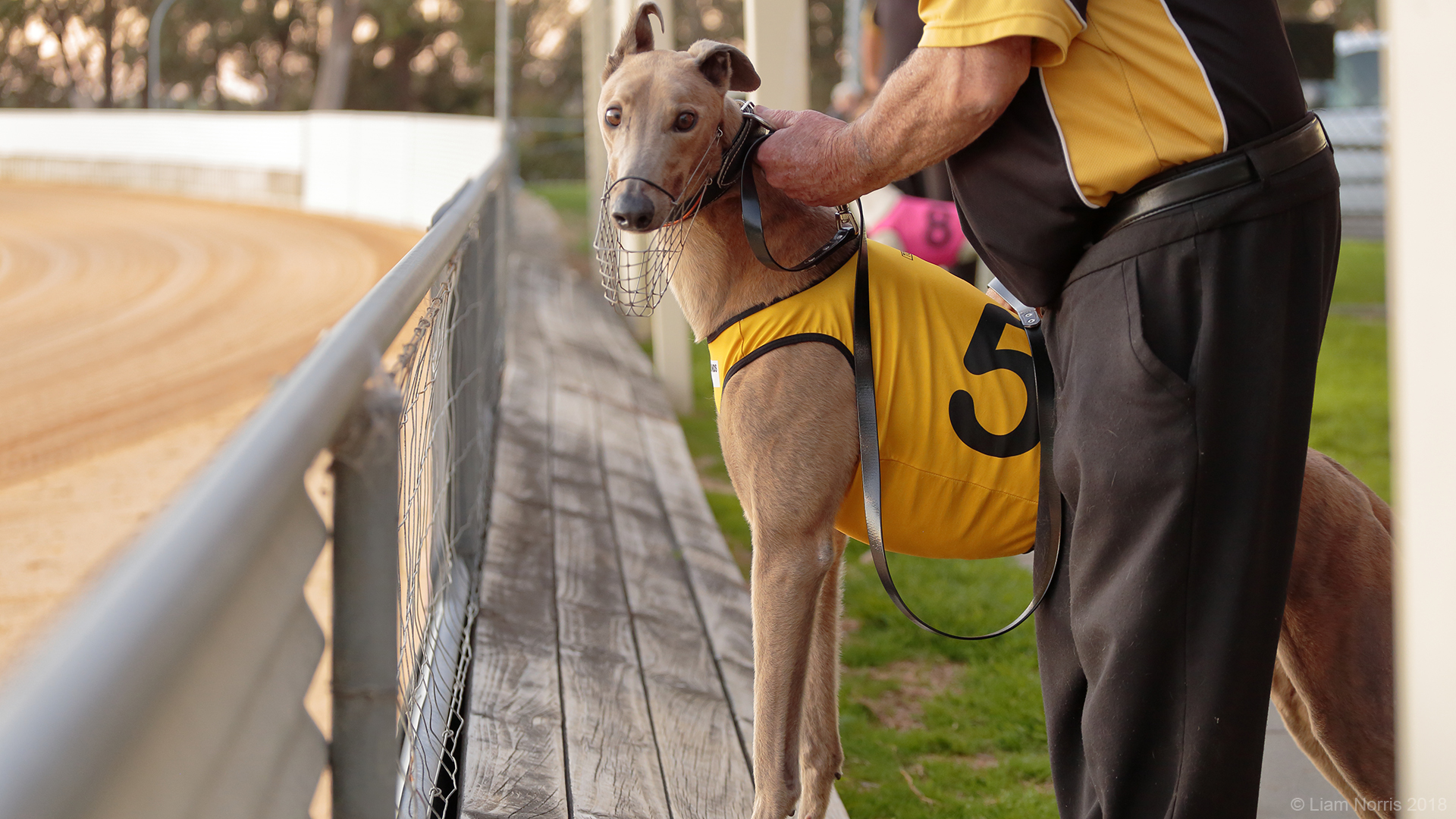 “Global Trader impresses first up in the west”

Ex-Victorian Global Trader capitalised on drawing box one first up when he took care of a handy field to win over 405m this evening. The son of Aston Dee Bee won his last couple of starts over 385m at Shepparton before being sent to Cosi Dagostino’s Banjup kennel. Promising young speedster Matsuyama challenged for the early lead but was held out by Global Trader who went on to defeat the Chris Halse trained Noble Woman. West On Orla ran on nicely for third ahead of Matsuyama. Global Trader is owned by Sharon Wells and after clocking 22.95 in wet conditions tonight looks set for a bright future.

Race 2 Number 6 GANGNAM MONELLI : Was held up a couple of times but still flew home for second.