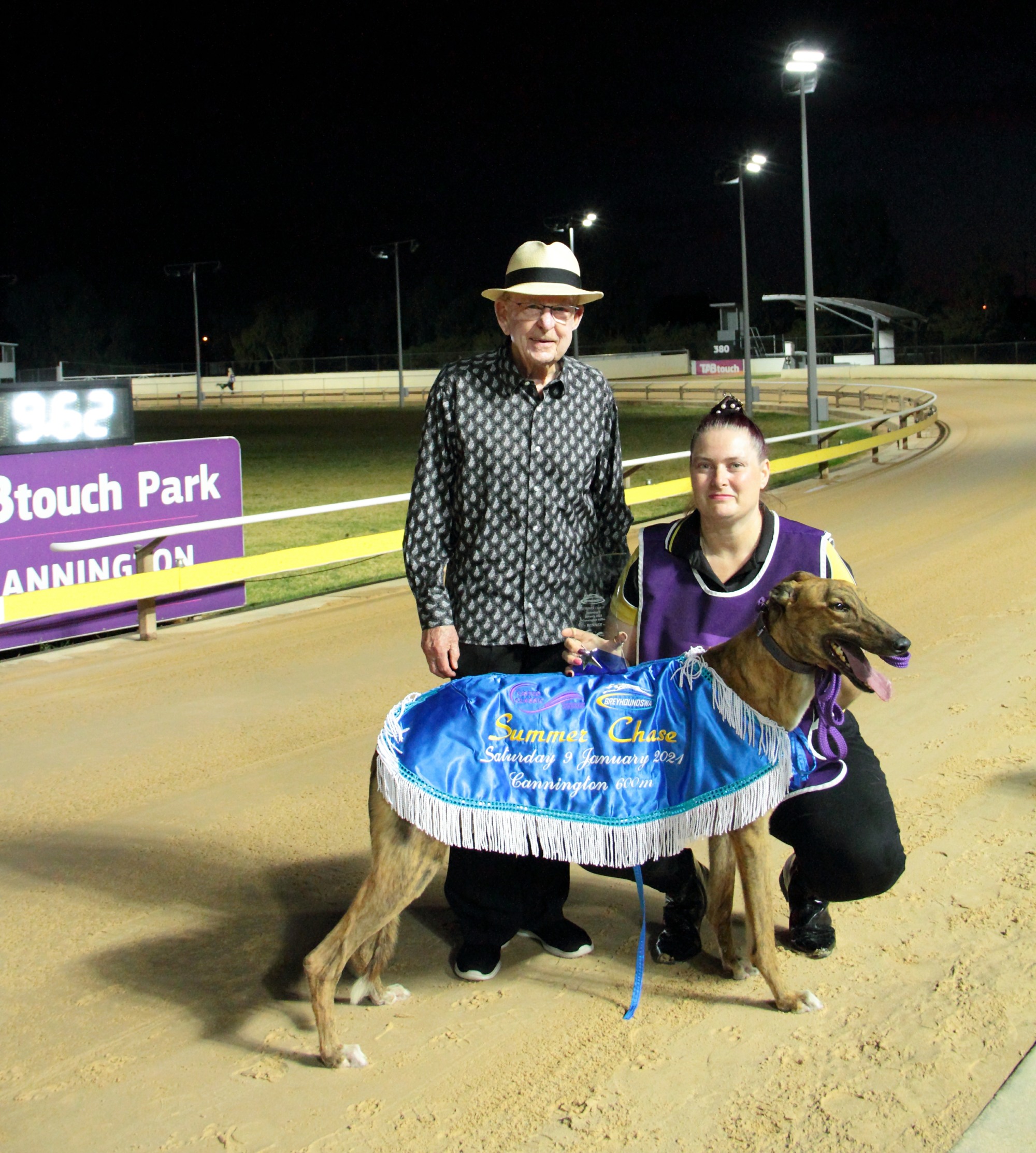 Redcap Monelli had been finding plenty of trouble in his races and again drew awkwardly for tonight’s $30,000 Summer Chase Final. The son of Fernando Bale faced a tough assignment from the pink box and was sent out at $8.00 with race favourite Sir Monty ($1.50) expected to lead and win from box three. Sir Monty zoomed to an early lead and at half way Redcap Monelli was fifth on the rail and at least seven lengths from the leader’s nose. He weaved between runners and flashed late to claim a spectacular victory in 34.91, defeating Sir Monty by one length. Outsider Lilly Lana finished third and Renewed was fourth. Redcap Monelli took his earnings over $90,000 for David Hobby and has now won 12 of 43 career starts.