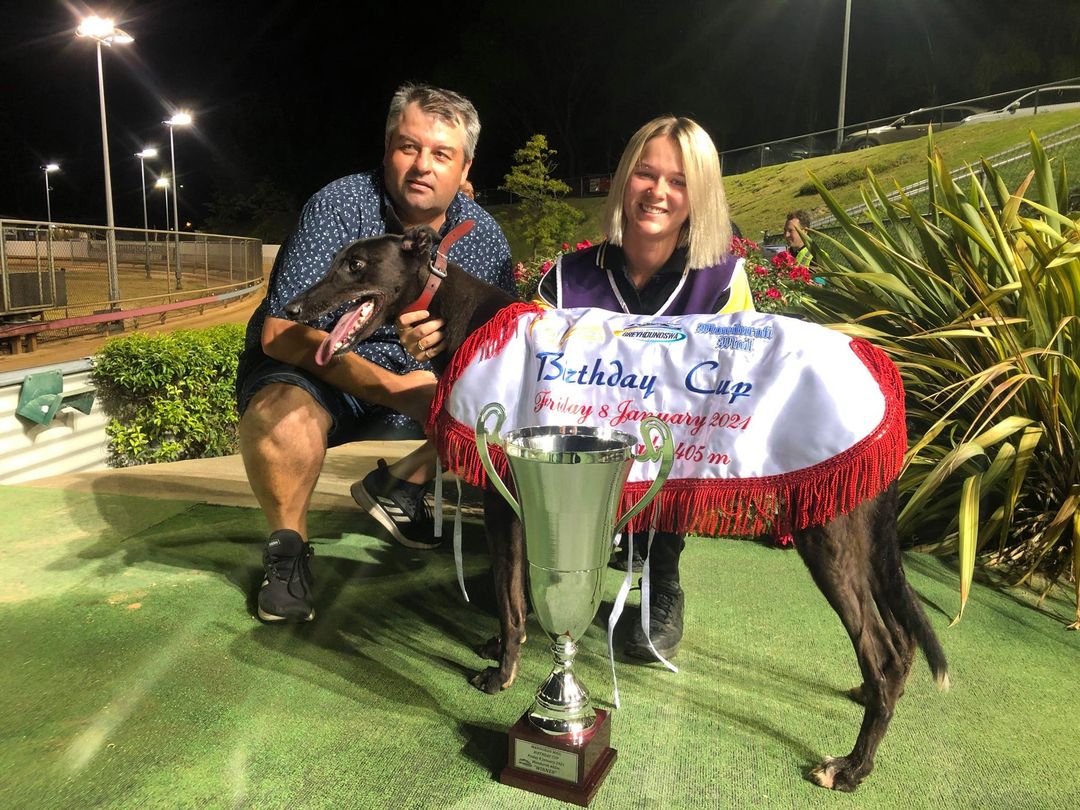 The Mandurah Mail Birthday Cup is a time honoured race that was first run in 1979 when Newburn Lad won over the old 530m distance. Some big name winners have been Icy Monaro (1982), Fire Rock (1995), Zalock (2003), Back Tonight (2007 and 2008), Astrophysic (2016) and Miss Bamsy (2018). A terrific field was assembled tonight over 405m for the Group Three $60,000 event sponsored by Mandurah Mail. Fastest qualifiers Canya Cruise and Blackpool Flash shared favouritism after drawing beautifully in boxes one and two respectively. Blackpool Flash won the early speed battle and found the front with Canya Cruise settling on his coat-tails. Turning for home Canya Cruise hooked to the outside and made a late bid but ran out of time. Blackpool Flash held on to win by three quarters of a length in a near record 22.24 for owner Rori Kenyon and trainer Shayne Williams. The former Victorian has now won all six starts at the Mandurah track.