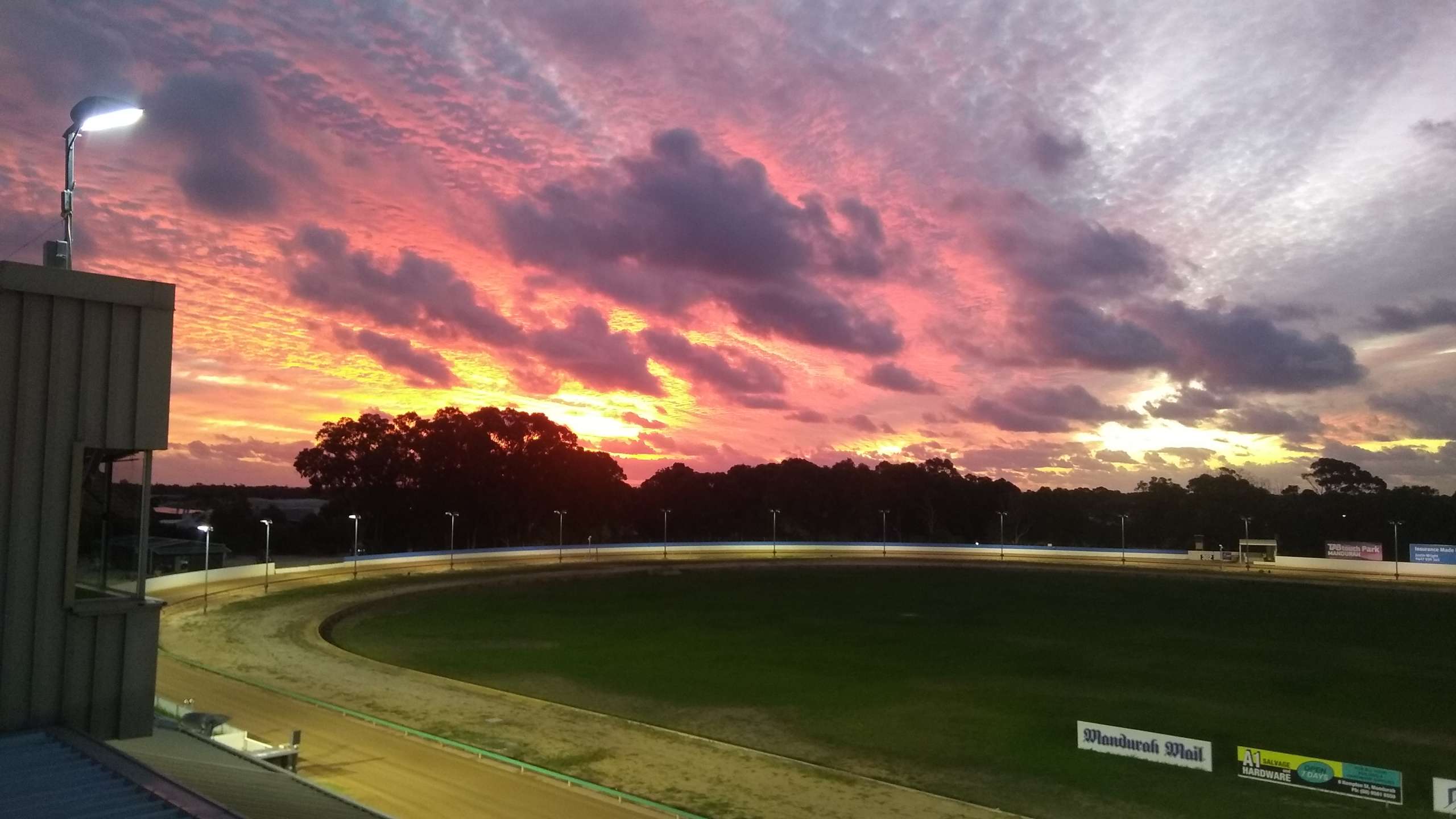 Former SA speedster Fiddly made it from two from two at the Mandurah track tonight when she led throughout to win her novice over 302m in a fast 17.18. She won first up in WA over the same distance two weeks earlier but clocked a slower 17.45 when only moderately away. The daughter of Aston Dee Bee turned two years old this month and arrived from SA with zero wins after nine career outings. Her best performance there was a second at the outer country circuit of Mt Gambier over 400m. Tonight she defeated a handy field including Butcher Bird, Dream Collection and Thunder Spolly. She is prepared by Canning Vale based trainer Brad Cook who also notched his 165th victory of the calendar year. The last greyhound to join the Cook kennel from SA was One Last Hurrah who was winless there after eight starts. Including her FFA victory tonight, in this state she has started 72 times for a whopping 19 wins and 32 minor placings.

Race 5 Number 5 SUNSET WILDFIRE : Began well before soaring to the lead at half way and winning in 22.74.

Race 6 Number 5 SILVER KEEPING : Showed he’s still got plenty to offer at his old age running a gallant third in the FFA.