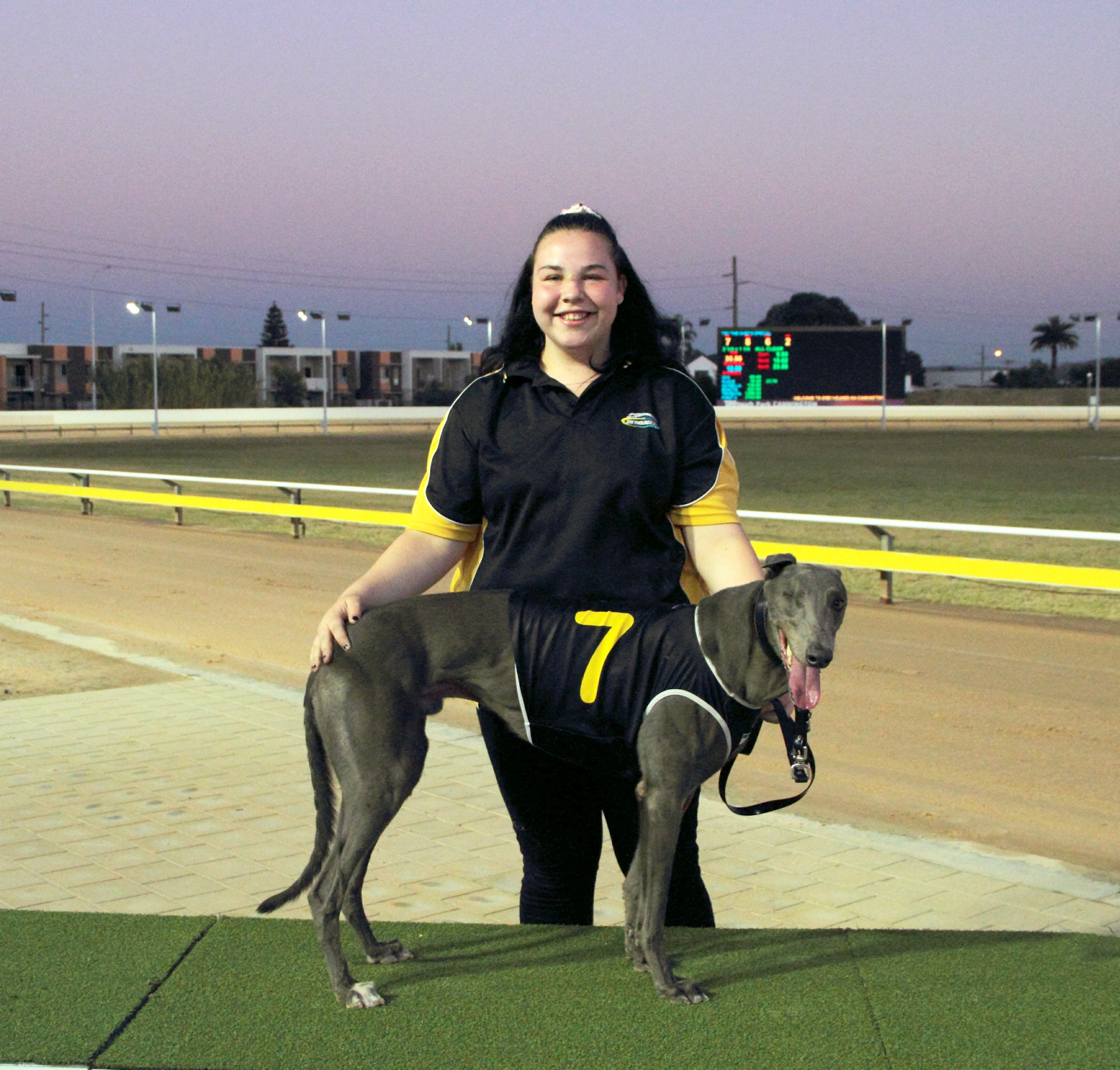 “Snallygaster causes major boilover and cracks $100,000 in earnings for Crudeli”

The second race at Cannington was turned on it’s head after fifty metres when $1.50 favourite Historic Time clipped heels and dropped out of contention. Also, second and third favourites Burnt Star and Chomp Monelli tangled up and took tumbles. These racing events allowed 80/1 shot Snallygaster (pictured) to work across his opponents from box seven and find the lead. The son of Fernando Bale was never headed and led throughout, clocking 35.56 for trainer Enzo Crudeli and scoring by two lengths. The winning cheque of $3,180 took his earnings over $100,000 and the victory also snapped a losing sequence of 39 that stretched back to February. 100/1 rank outsider Just Simple finished second ahead of another roughie Molfetta Dawn. The WA TAB tote dividends for the surprise result were, Snallygaster $60.40 (win) and $16.40 (place) and Just Simple $23.70 (place). There was no third dividend for the third placegetter given just seven runners competed.

Race 3 Number 8 JAGGER’S JOSS : Didn’t look suited under tonight’s race conditions but zoomed to the line and is one to follow.

Race 4 Number 8 WEST ON OLVEE : Motored home for a fast finishing third behind some quality sprinters.