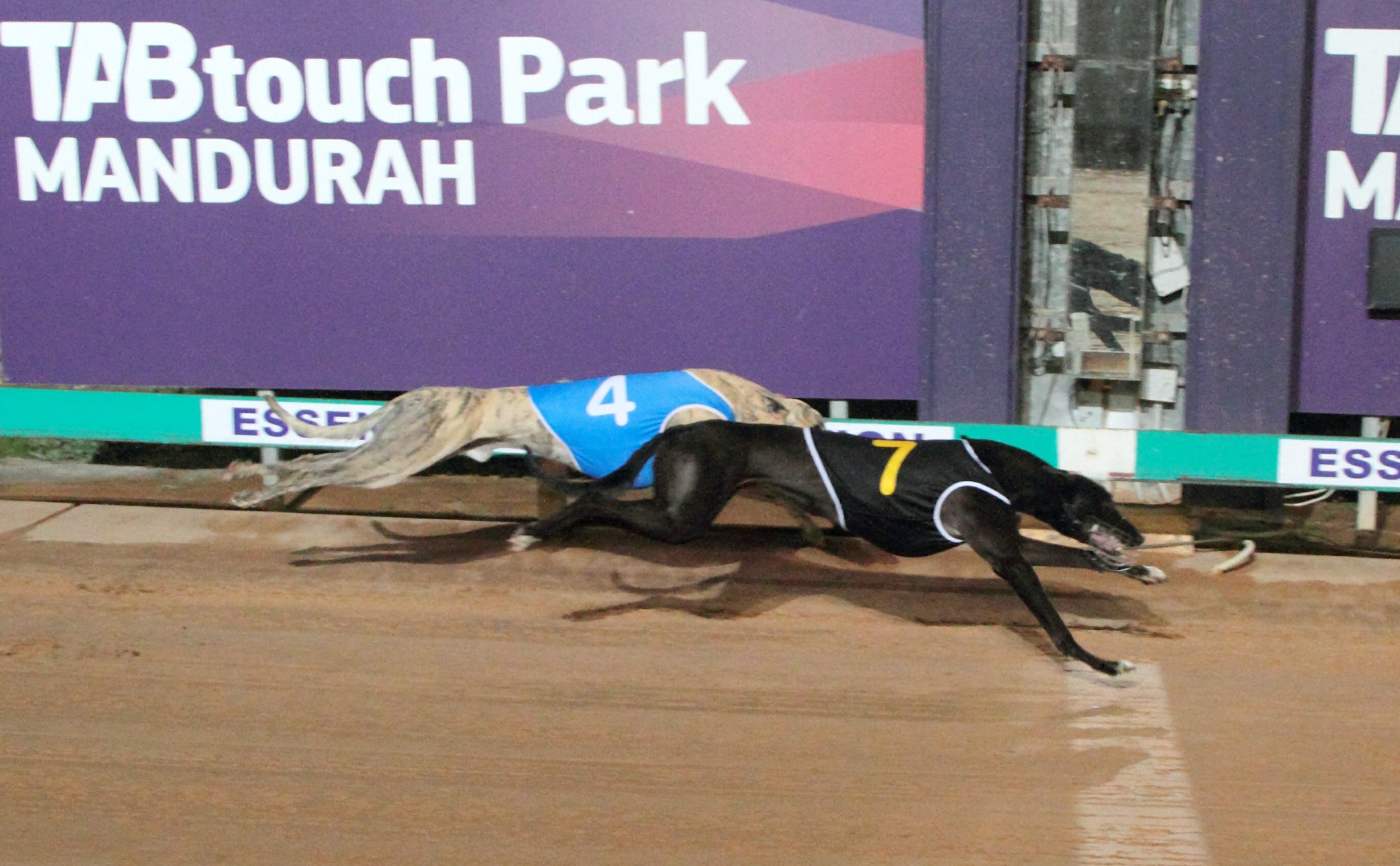 Former Victorian Landish Boy was strongly supported from box one to win tonight’s Sign Strategy Novice over 302m and he didn’t let his backers down. The son of Kinloch Brae flew out of the inside trap to pounce on the lead before charging away to win by four lengths in a fast 17.13. Kennel-mate Billy Hook finished strongly out wide to claim second narrowly ahead of Jay’s Double who was prominent throughout.

Race 2 Number 1 HIT IT FUDGE : Hit the line strongly to run third and looks to be working up to a win.

Race 4 Number 4 WHO BE YOU : Mustered quickly to assume control and despite wobbling wide on straightening scored by two lengths.