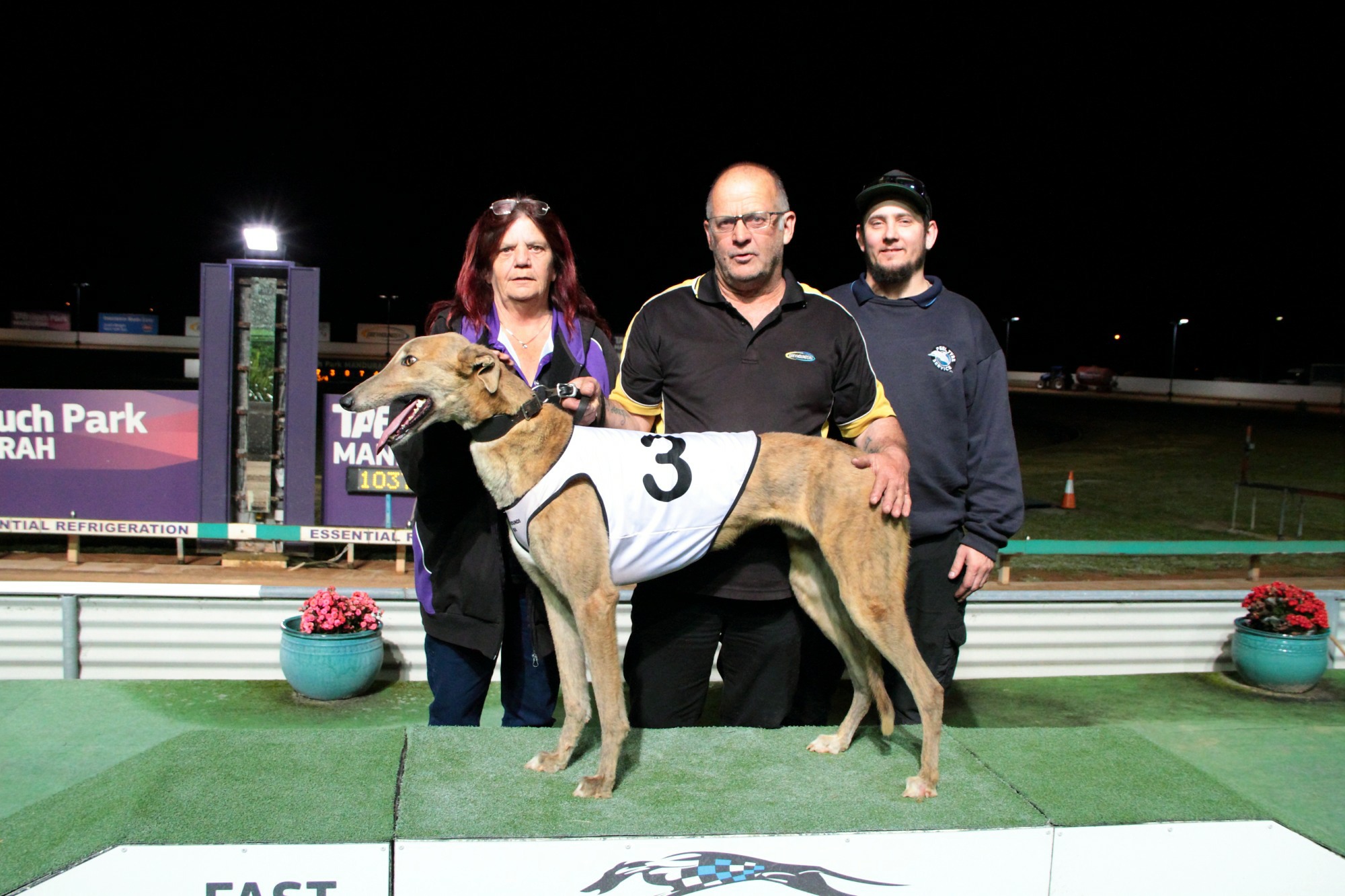 “Vitalogy wins his fourth in a row for Halse”

Vitalogy turns two next month and chalked up his fourth consecutive victory in tonight’s Friday Buffet Stake over 405m. The son of Knocka Norris began cleanly from box one before zooming through on the inside and leading throughout in a flying 22.60. Three nights earlier he scored over 490m after displaying explosive mid race muster. This evening he saluted by a whopping ten lengths and recorded a wonderful time for a greyhound of his tender age. Black Cat Bar chased him home for second ahead of outsider Gentleman Fox. Vitalogy was named after one of the great Pearl Jam albums and is a full brother to fellow handy youngsters Chloe’s The Boss, One Times Square, Pacemaker Pete and West On Harmony.