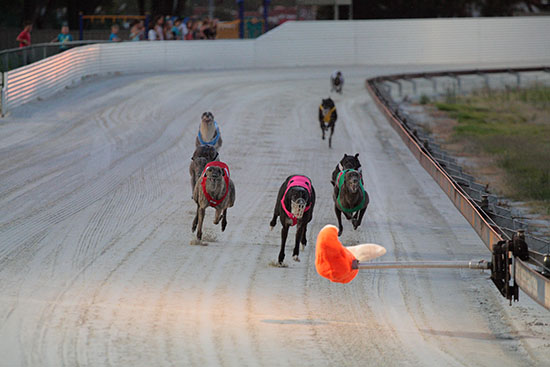 Nambeelup based chaser Sea Bass broke his maiden status tonight for trainer Darren Rowe, overcoming box five to win the Mandurah Stockfeeds Maiden Final over 405m. The son of Hostile began only fairly and settled fifth at the first turn before surging home to win in a smart 22.85. He had only managed five minor placings from his first nineteen career starts and was sent out at odds of $11.00 with the WA TAB. Stanga Bull was beaten by a neck in second and another half length away third was the initial leader Just Send It. Sea Bass’s mother Olivia Benson won fourteen races for Rowe and earned over $68,000 in stake earnings. Sea Bass was named after the character in the movie Dumb And Dumber who Lloyd Christmas threw salt at in the diner.

Trial 3 Number 1 BAMSY’S BOY : Showed good box manners and great acceleration to lead all the way in 23.12 for Jackie Wilson.