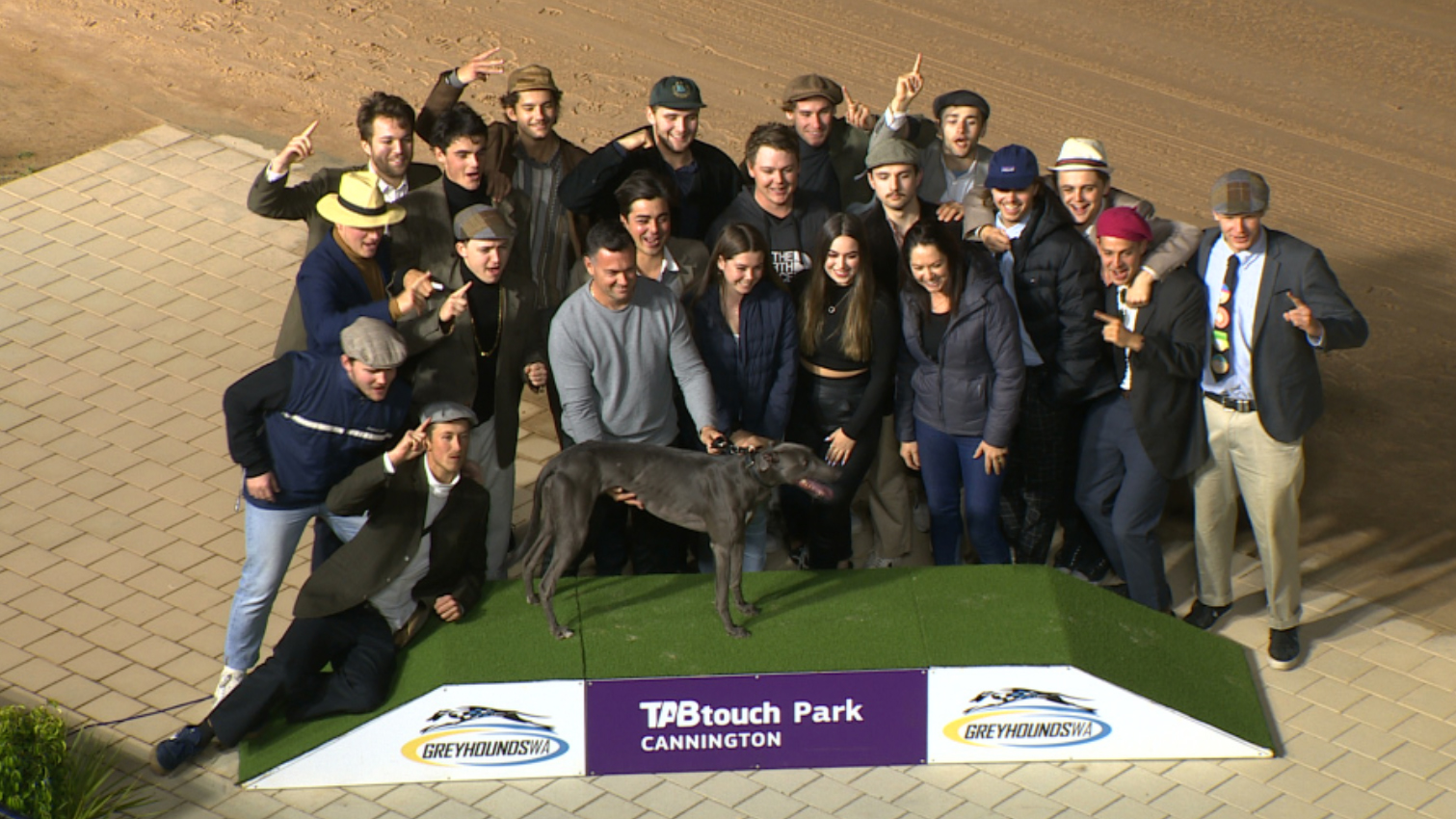 FLAKE MONELLI (Fernando Bale- Dyna Sandy) set a new Race Record when she stopped the clock at 41.54 in the Greyhounds WA Distance Championship final. The David Hobby trained bitch was joined by Hurricane Tears when exiting the boxes, however from then on she led throughout over the 715 metres and scored by 3 lengths over a gallant Cindy’s Oliver. The red brindle bitch has recorded wins at her past 5 starts and has a record of 43 starts for 23 wins and 14 placings and over $156,oo0 in stakes.

TOMMY SHELBY (Fernando Bale- Serena Fly High) returned to WA in flying style with a brilliant victory in the opening heat of the WA Sprint Championship. The Steve Withers trained star levelled up to the leader Pixie Monelli going along the back straight before powering away to win by 2 1/2 lengths in a PB 29.55. The WA star has now won 14 times from just 20 career starts and over $133,000 in stakes.

MERMAID MONELLI (Fernando Bale- Sahannah Monelli) led throughout to win the second heat of the WA Sprint Championship and scored by 2 lengths over Grace Ali and Sir Monty in 29.82. The David Hobby trained bitch showed strength in the run to the line and will have admirers in the final to be run on Thursday at Tabtouch Park Cannington.

WE THE PEOPLE (Peter Rocket- Steffi’s Lara) came with a barnstorming finish to defeat Up And About and Chimera Monelli at her first try over the 600 metres at Cannington. The former NSW bitch is now prepared by Sean Kavanagh and has won twice in WA since arriving and was placed on the other two occasions. The black bitch scored by a length in 34.74.