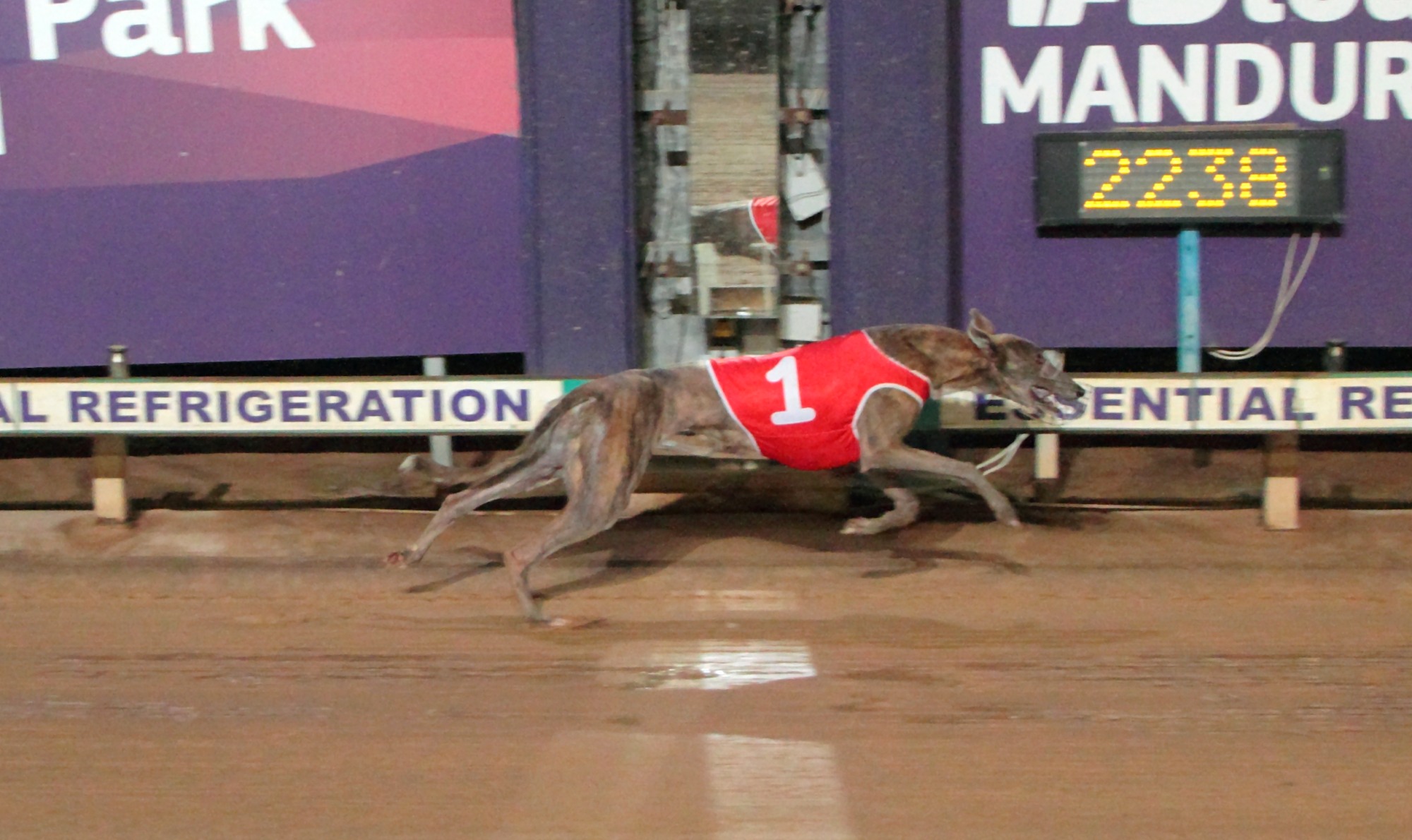 Super sprinter Einsteinium atoned for his defeat last week with a brilliant all the way victory in tonight’s Maiolo Constructions Grade 5 over 405m.

The son of Knocka Norris erupted out of box five and zoomed clear of his opponents at the first turn.

His sizzling first section of 6.47 set up what turned out to be an easy victory, with the 34kg black dog cruising away to win by four lengths.

Magic Fun finished nicely for second and Twix Monelli third but Einsteinium was always in control.

He is prepared by Canning Vale based trainer Terry Erenshaw and has now won 7 of 10 career starts.

He is a brother to two other quality chasers in Brace And Bits and Aeroplane Eric who also boast impeccable winning strike rates.

Race 2 Number 1 PROMETHIUM : Won nicely from box one and broke a losing sequence of 26 for Jen Thompson.