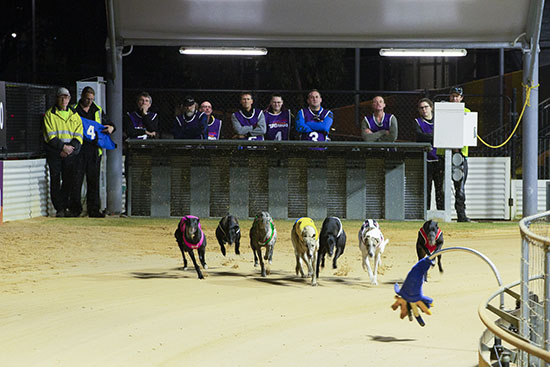 FAB WORM (Worm Burner- Fabralo) led from box 6 and scored an easy 4 length win over Urbana Mac in 22.42. The Rod Noden trained dog had only been placed once from 8 career starts, however began better than his rivals and never gave them a look in.

RHONDA KEEPING (Barcia Bale- Becky Keeping) ended a losing sequence of 10 starts when she recorded her first win over the 275 metres with a 2 length win over Chasing Fun in 16.29. The Kody Charles trained bitch had won twice from 19 career starts prior to her returning to the winners list.

SAPPHIRE ROSE (Fernando Bale-Flying Sienna) led from box 6 and although pressured throughout, was able to hold on to win by a half length over Bushman’s Ace in 30.38. The win gave trainer Kody Charles an early winning double.