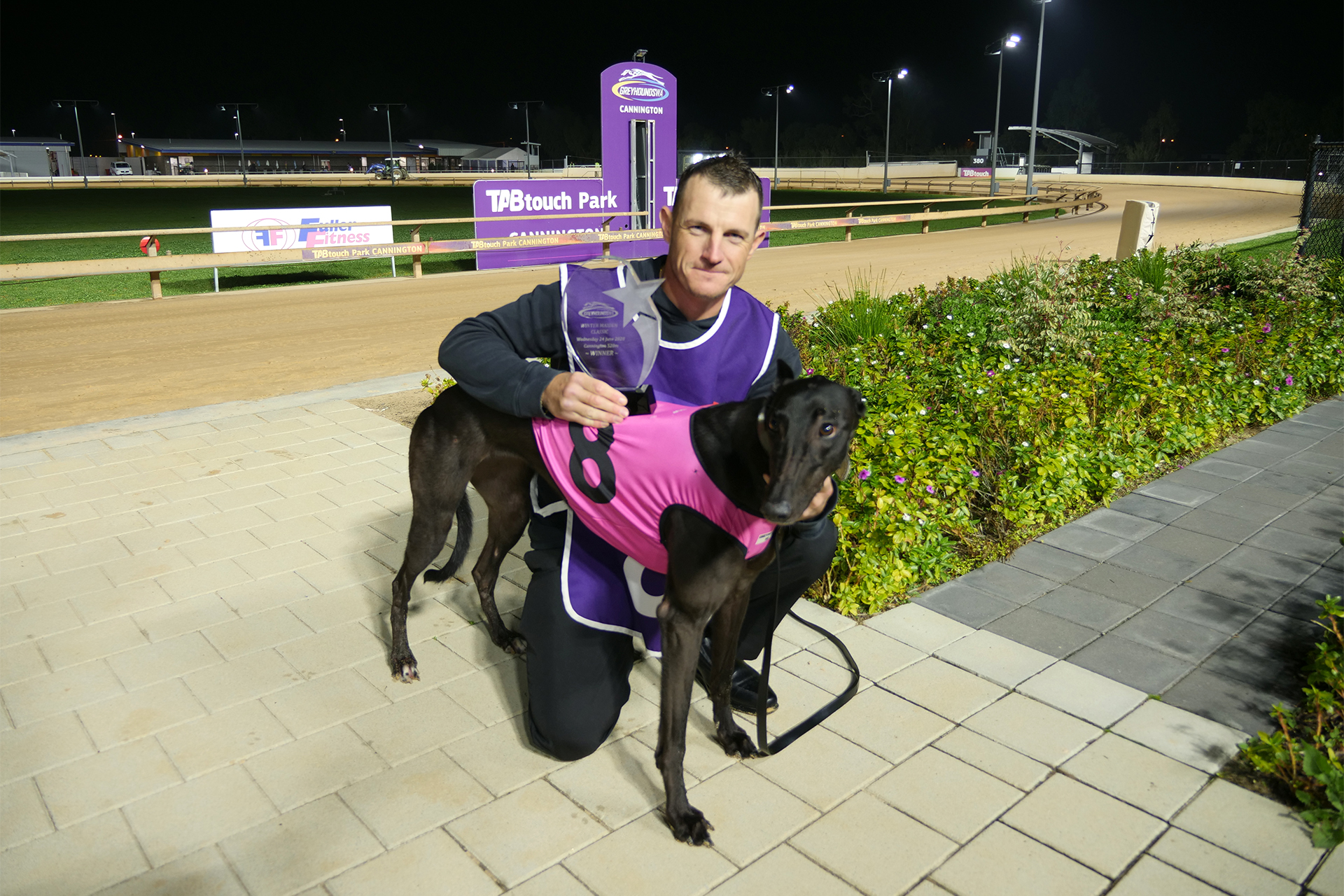 CHLOE’S THE BOSS (Knocka Norris- Times Square) held off the challengers in the home straight to win by a half length over Sunset Wildfire in 30.34. The Chris Halse trained bitch was having just her second career start and had to overcome a few bumps through running.

HISTORIC TIME (Kinloch Brae- She’s Historic) used his big frame to work past the leader Ruby Monelli going off the back straight and going on to score by 2 1/4 lengths over kennel mate Top Prospect in a PB 29.87. The Enzo Crudeli trained dog weighs in at 35kgs and has now won 3 times from just 6 starts.

STAR JAKE (Shakey Jakey- Stanga Sparx) showed speed from her inside box draw and led throughout scoring by a length over West On Mia in 30.22. The Rod Noden trained bitch had been trialling well before having little luck in a heat of the Winter Maiden Classic the week before.