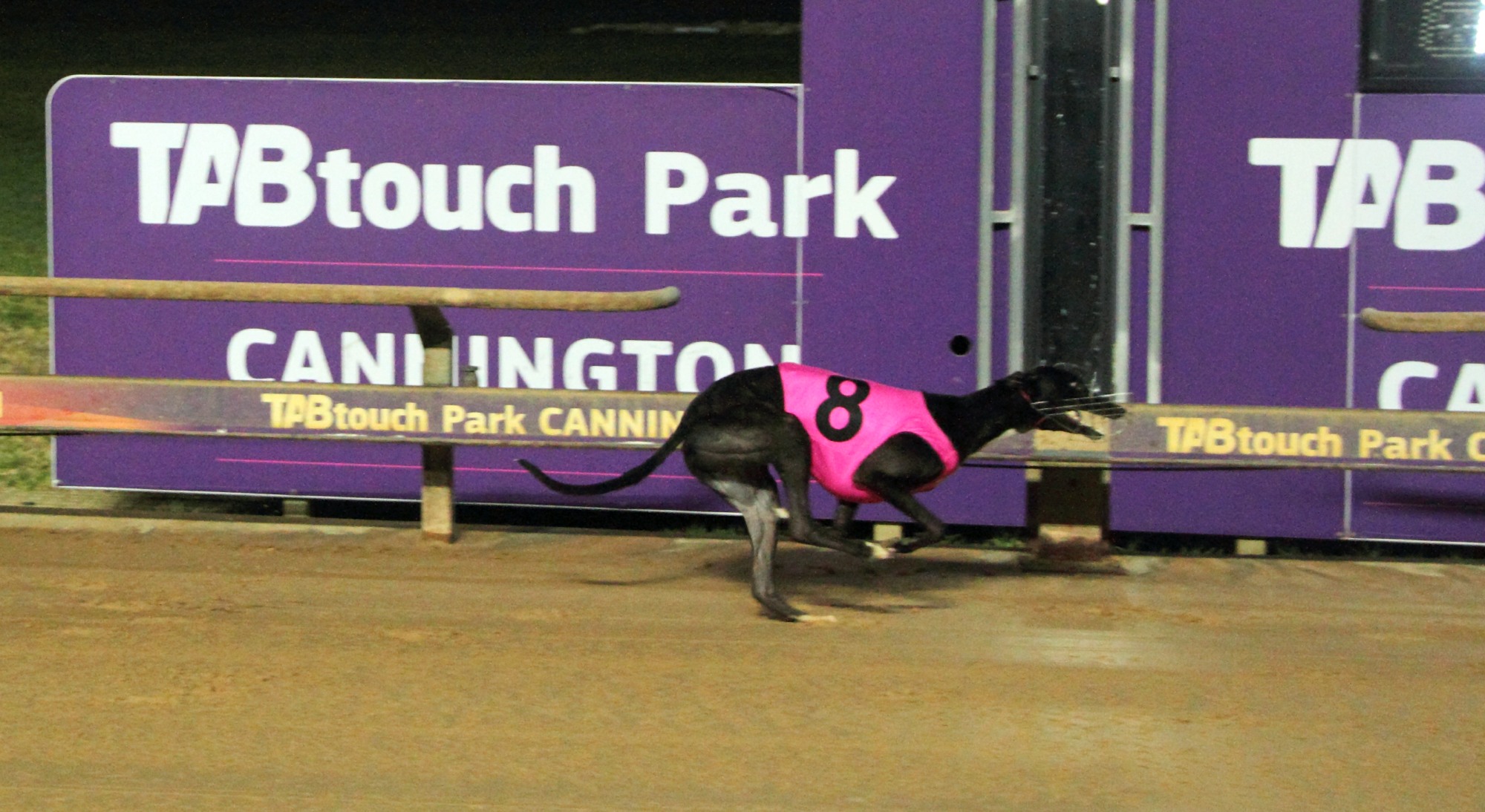 MALLEE GIRL (Fernando Bale- No Diggity) won at her first race start at Cannington with an easy 4 length victory over Louise Amanda in 22.10. The young bitch is trained by Kody Charles and had recently won a qualifying trial at the track before finishing unplaced on debut at Mandurah.

JET A ONE (Allen Deed- Piper Road) won on debut for trainer Joe Dailly and owner and pilot Wayne Clemesha. The young fawn dog doesn’t turn two years of age until June and won by 7 lengths over Drop The Drama in 30.21.

CASUS BELLI (Bella Infrared- Benita Bale) was inconvenienced early after exiting from box 4, however quickly claimed the leaders heading along the back straight. The Jamie Marsh trained dog then raced clear to win his Maiden by 10 lengths in 29.99.