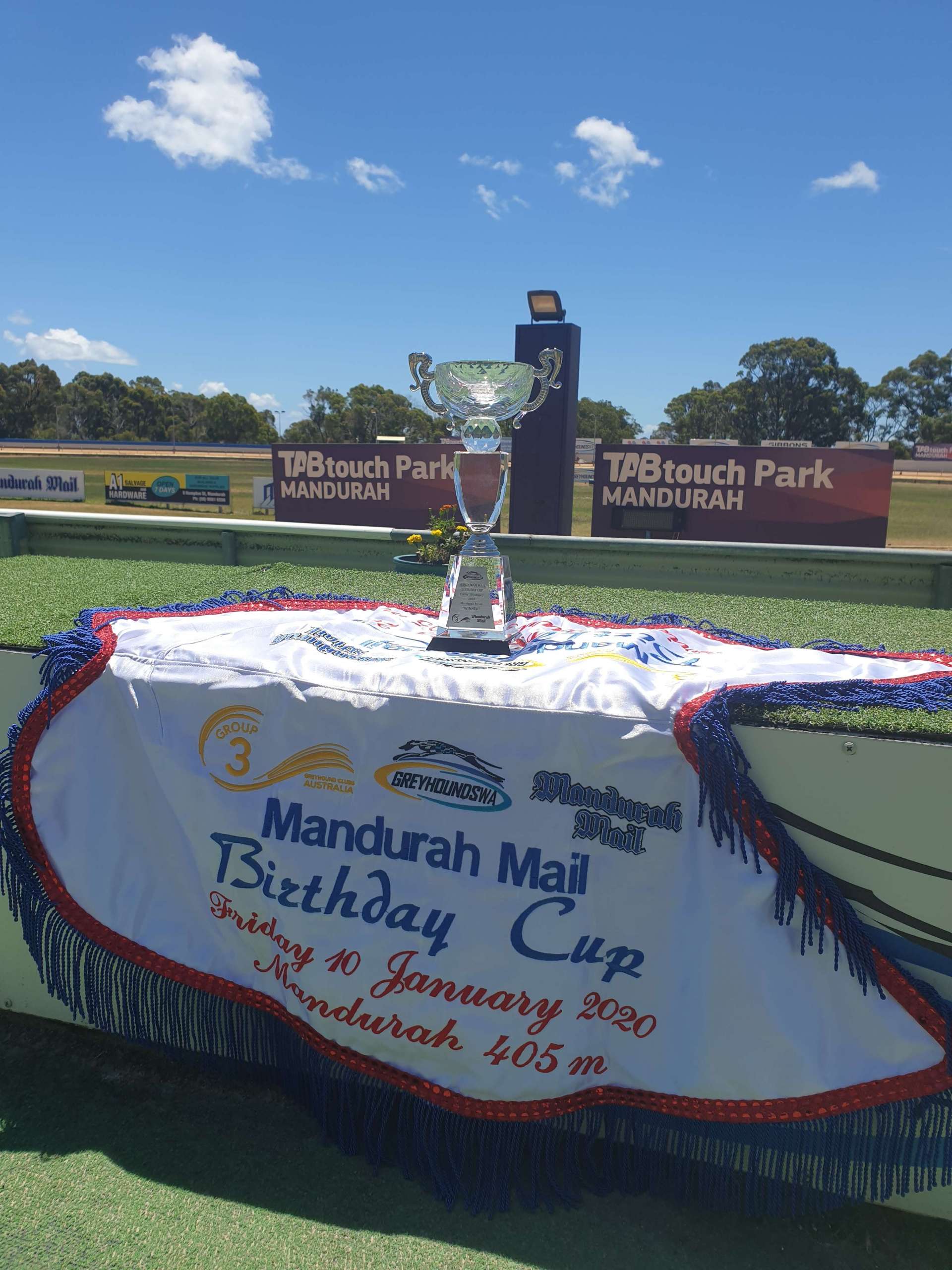 The Mandurah Mail Birthday Cup is a time honoured race that was first run in 1979 when Newburn Lad won over the old 530m distance.

Super sprinter Starlight Yoyo overcame box eight to win tonight’s third heat of the Birthday Cup in very impressive fashion. The daughter of Fernando Bale boasts a wonderful record at the Peel circuit, taking her credentials to 8 wins from 11 appearances. She began quickly but was posted wide at the first turn outside speedsters Cool Talent, Double Talkin’ and Quara’s Xavier. Turning for home she ducked down to the fence and overpowered her rivals, streaking away to win by three lengths.

Earlier in the night her kennel-mate and recent Melbourne Cup finalist Campini also saluted from box seven after settling well back.

Later in the night Love Me Tinder rattled home to score too, providing Nambeelup trainer Paul Stuart with three in the ‘big dance’. Other heat winners were Mottza, Fab’s Gem, Jett’s Champion, Love Me Tinder, Mermaid Monelli and Dyna Dean.

HOUNDS TO FOLLOW :
Race 2 Number 3 CIRCUS MAXIMUS : Had excuses and is ready to win.
Race 6 Number 3 FABS GEM : Ran down Equity Fund and powered to the line, is racing at her peak.

The Box Draw for the Final :