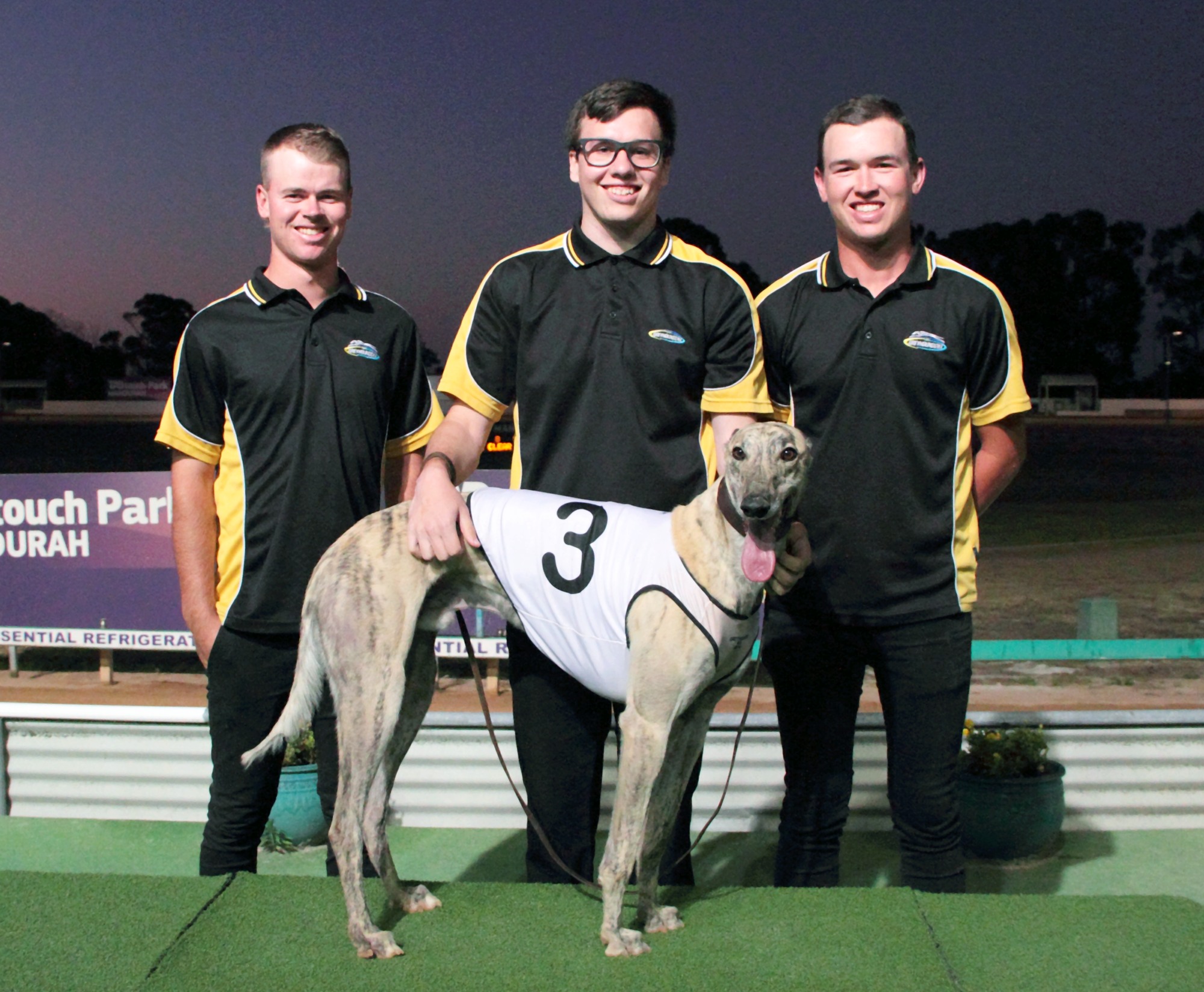 Oil Spill surges into Express Stake Final
33kg brindle greyhound Oil Spill put in a dazzling performance to win tonight’s first heat of the Mandurah Stockfeeds Express Stake Series. The son of Kinloch Brae exploded out of box three and led to the first turn before being challenged and headed by Chevy’s Entry in the middle stages. Turning for home he was half a length behind but with the inside advantage and he pulled out more stamina to salute by a neck in a smart time of 22.88 over the 405m journey. Chevy’s Entry ran a gallant second and also advanced to the final and two lengths away third was the fast finishing Sweet As Fate. Oil Spill has now won 9 of 48 career starts and has also been placed on another 18 occasions. The second and third heats were won by Nangar Jill (22.95) and Blue Glitter (23.06) respectively.