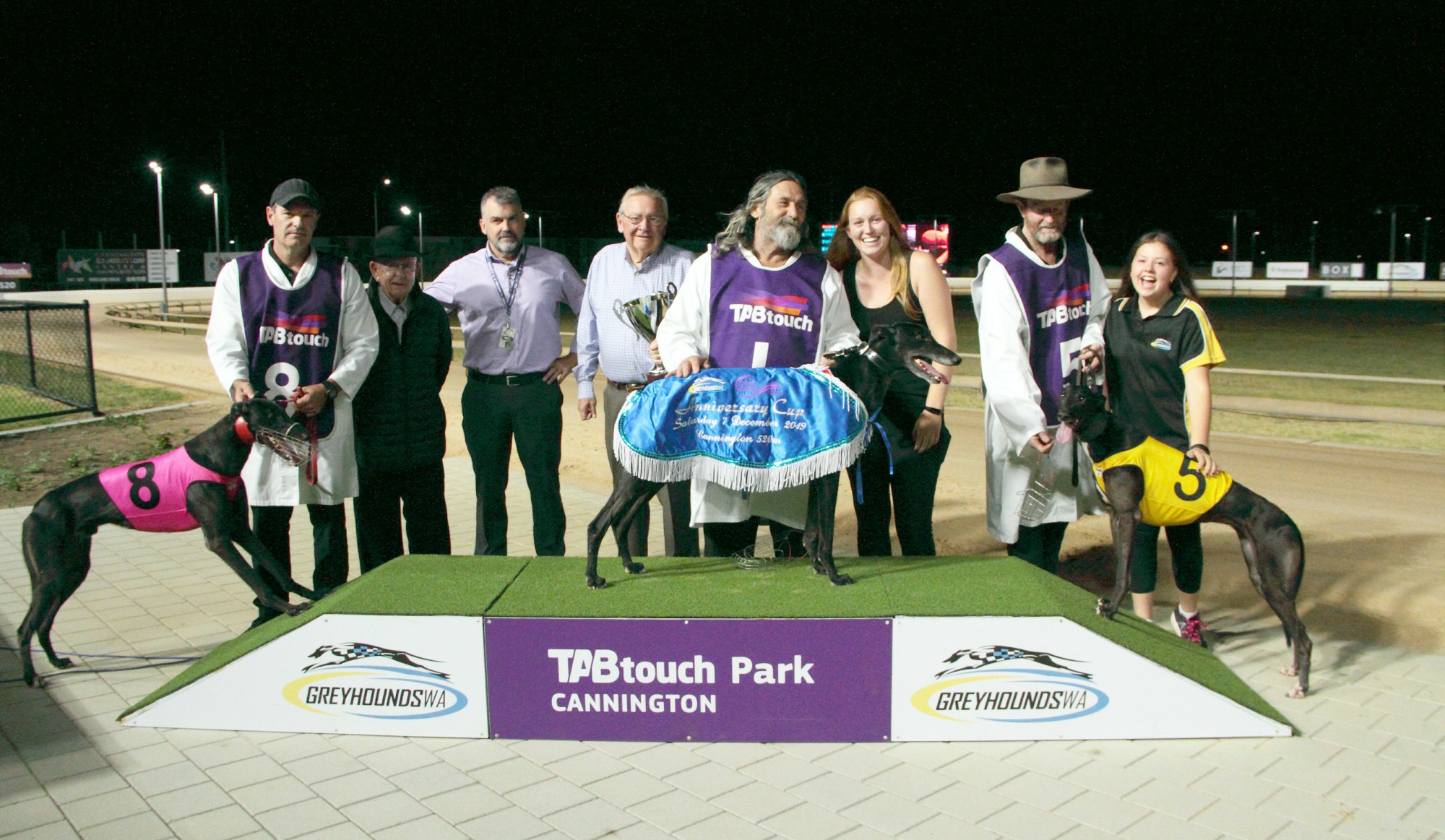 DYNA ORENTHAL (Kiowa Mon Manny- Desalle Bale) caused an upset in the final of the Listed Greyhounds WA Anniversary Cup when he railed through to claim the leader Jade’s Blade and win. The Enzo Crudeli trained dog had won only once in 10 prior starts over the 520 metres at Cannington before tonight’s feature win. The win was also his 20th career win at his 121st start. The victory was also special for the Crudeli family who lost their family member Dean Starkie the day before. Starkie was married to Enzo’s daughter Juanita.

LAPTOP WIZARD (David Bale- Pandora’s Sin) scored a strong win over Barcali for trainer Enzo Crudeli. The brindle dog is undefeated in both starts over the 600 metres. After finding the front going into the back straight, he went on to score by 1 1/2 lengths in 35.10.

JOKER POKER (Barcia Bale- Kerrigan Bale) dug deep after being headed in the straight by Snazzy Whompo to score a neck win in 30.13. the Steve Withers trained dog had been racing in tougher company and has now won twice from 7 starts at Cannington.

GRAN AMOR (Fernando Bale- Te Amo) caused an upset win for trainer Michael Johnston after the $1.30 favourite Reidy’s Runner missed a place. The black bitch has now won 3 times and placed on the other two occasions since stepping up over the 715 metres, however was given little chance of defeating the favourite. She defeated Werner Bale by a length in 42.67.