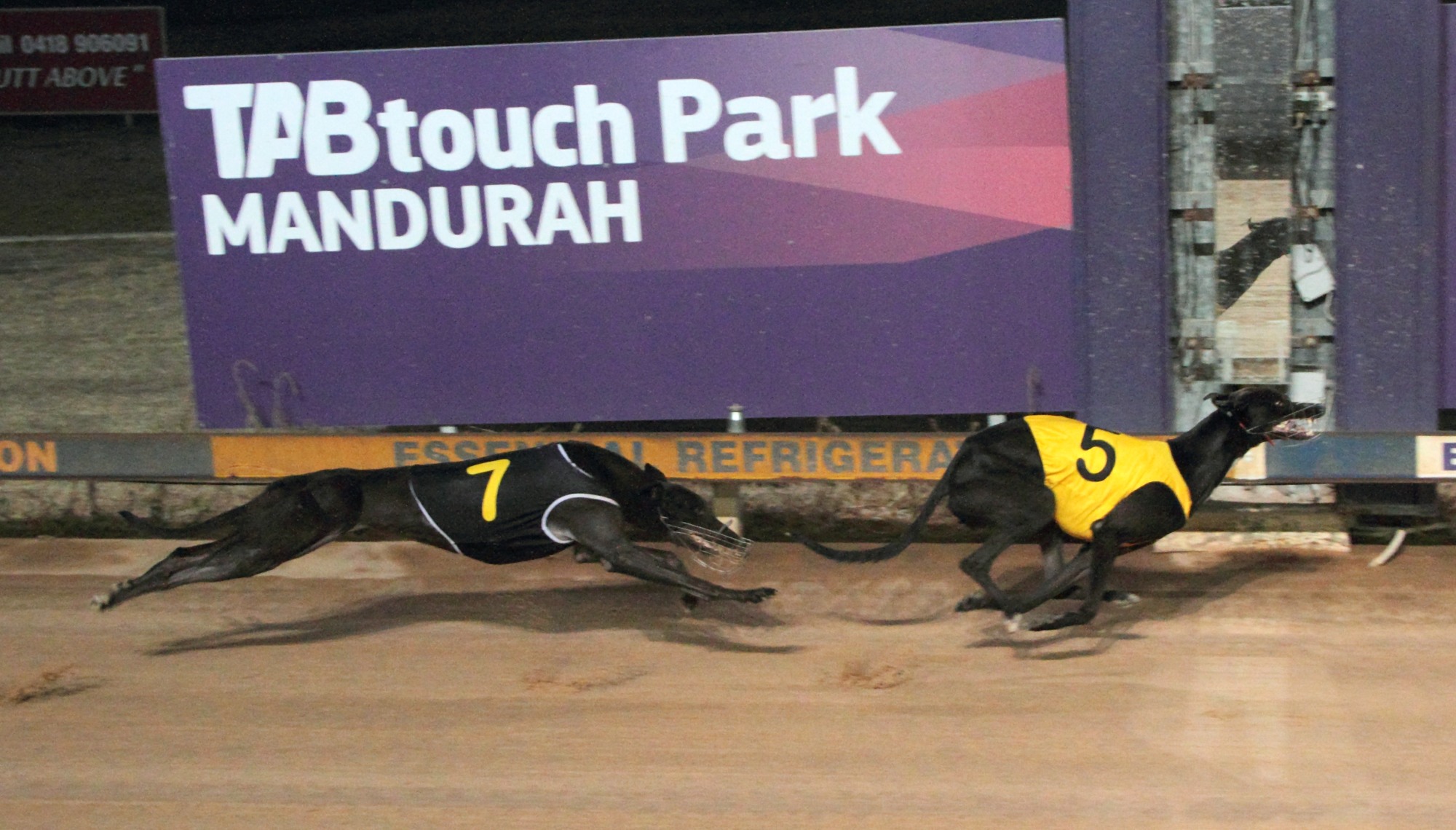 Greybeard chaser Franc Monelli overcame a wide draw to chalk up his 33rd career victory in tonight’s Free Entry TABtouch Park Mixed 5/6 over 302m. The son of High Earner was well supported into favourite after 2 wins and 2 placings from his last 4 starts over the 302m distance. He began cleanly and after working hard to clear his opponents kicked away at the top of the straight and scored by three lengths. Southern River trainer Jen Thompson prepared both minor placegetters with Space Ghost second, a length in front of My Fire Fabio. Franc Monelli is out of Fantasy Monelli who has been a wonderful producing dam. Some of her progeny include Houdini Monelli ($168,000), Penny Monelli ($116,000), Sharon Monelli ($74,000), Jed Monelli ($63,000) and Harry Monelli ($42,000). Harry Monelli famously led the 2013 Perth Cup Final from box 8 at cricket score odds and finished fifth behind Dyna Nalin.