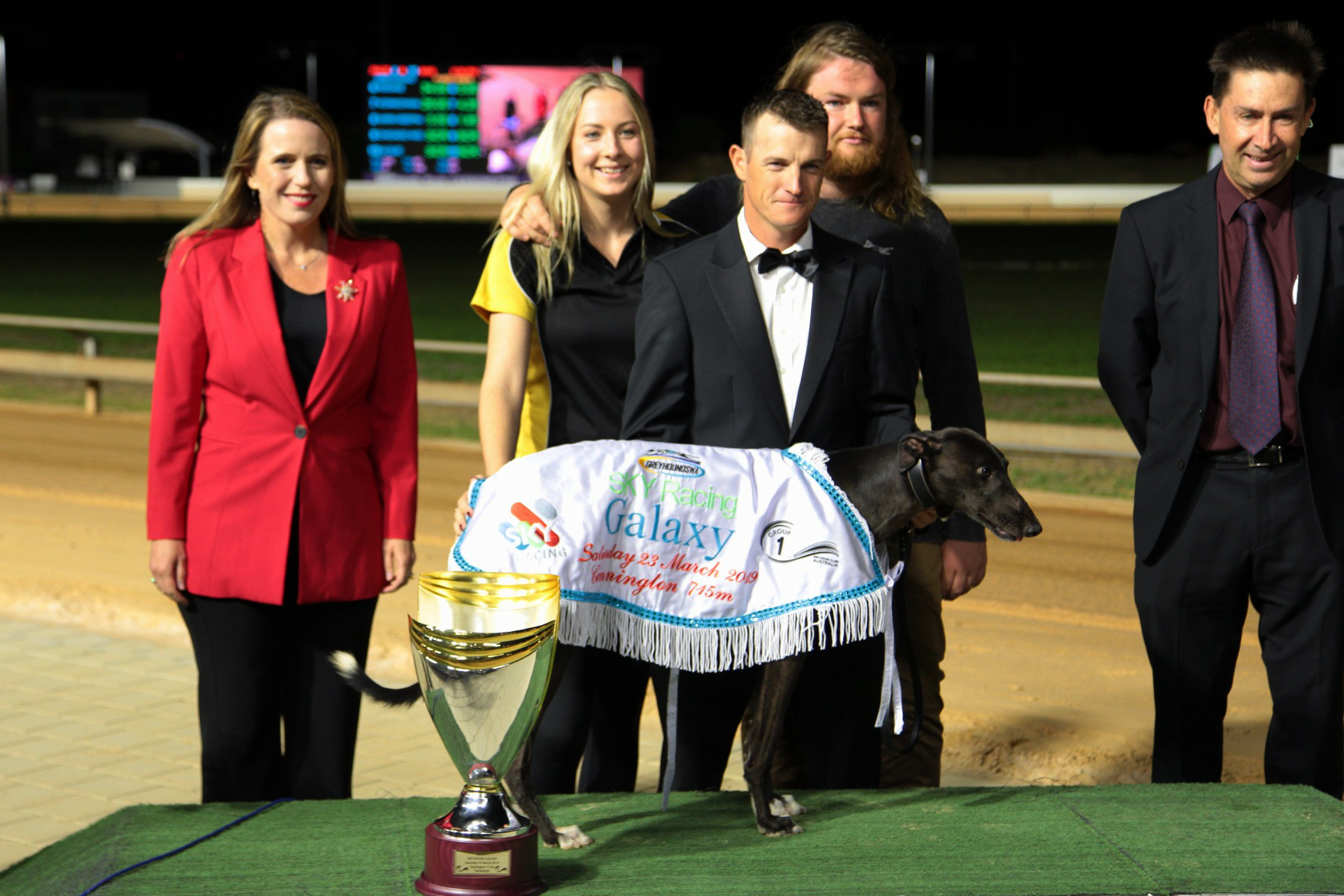 ORSON ALLEN (KC And All- Desalle Bale) recorded his first Gr 1 win in the Sky Racing Perth Cup final with an all the way victory after crossing from box 7. The Corey Grenfell trained dog was the quickest qualifying in his heat clocking 29.32, a half length outside of the track record. Tonight he stopped the clock at 29.62 defeating Hecton Bale by 2 3/4 lengths with Dyna Patty back in third place ahead of Campini. The win took the fawn dogs stakes to in excess of $473,000 after recent wins in the Horsham and Cranbourne Cups. 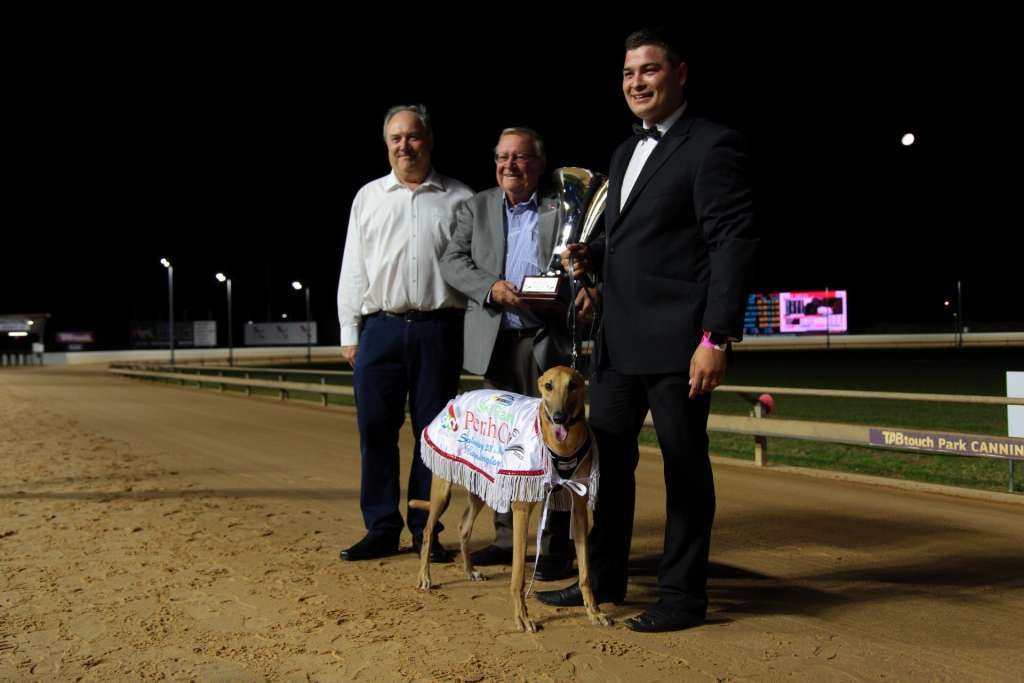 ROCKSTAR PATRIOT (Fernando Bale- Glory Of Love) caused a major boil over in the Gr 1 final of the Sky Racing Galaxy after defeating Tornado Tears by 2 lengths in 42.00. The Paul Stuart trained dog was purchased by James Jeffries and Gemma Jovanovic for this race, however gave themselves little chance when Australia’s best stayer Tornado Tears was entered for the series. When Batman was squeezed at the start the race changed complexion and Rockstar Patriot raced to glory. The win was Stuart’s 3rd win in the race after winning it twice with the great Miata. 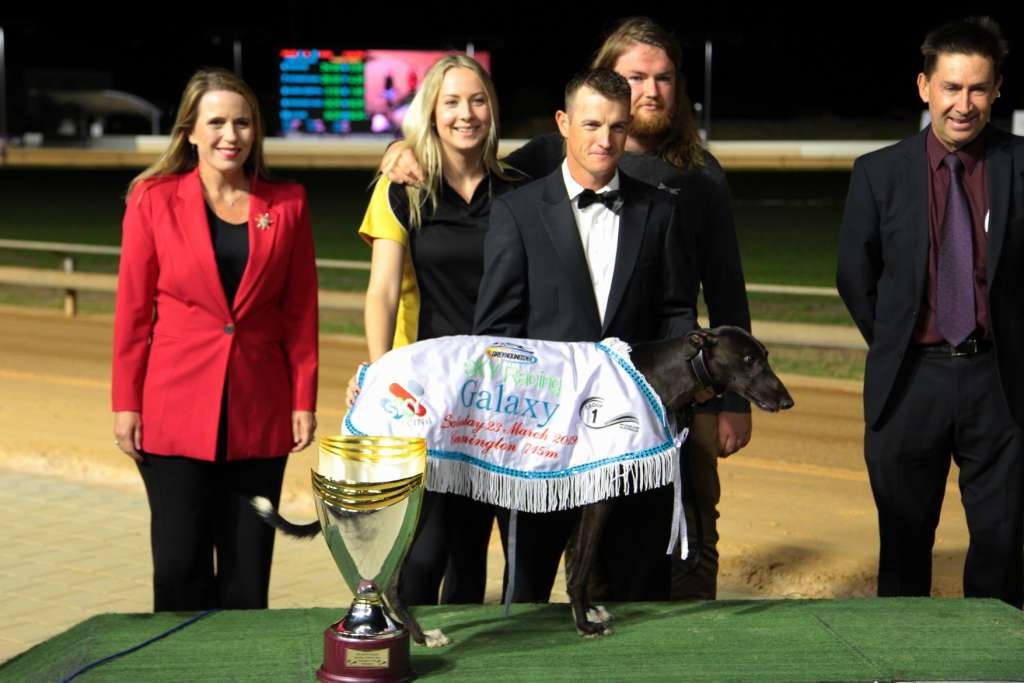 BENALI (Barcia Bale- Born Ali) recorded back to back wins in the Gr 3 Sky Racing Perth Cup Consolation with an all the victory from box 3. The black dog had little luck in his heat when finishing third behind Campini the week before. In the name of Chris Halse, Benali was sent across to Perth by Robert Britton. Benali won by 4 lengths over Wise Ricciardo in 29.76.