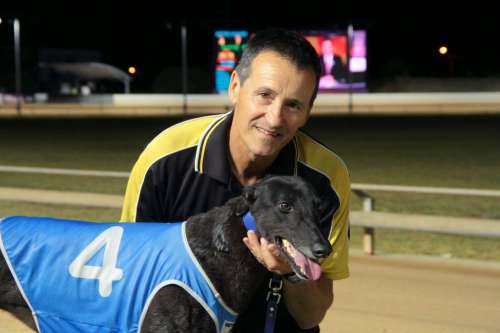 WEST ON HAWKEYE (Barcia Bale- Zelemar Fever) recorded back to back wins after railing well along the back straight and scoring a 5 length victory over Ferdinand in 42.32. The Chris Halse trained dog is gaining in confidence since rising in distance and will be a key player in the upcoming Gr 3 Miata over the 715 metres.

WEST ON BAMBOO (Collide- Revealed) scored a strong 3/4 length win over Dyna Orenthal in the opening heat of the Summer Chase. The Chris Halse trained bitch held out Trouper Monelli on the first corner, then the Perth Cup winner went a miss, and West On Bamboo was able to lead throughout in 34.98.

YUNDERUP TANK (Barcia Bale- Keira’s Charm) recorded a PB 34.78 in the second heat of the Summer Chase. The Andrew Mclaren trained black dog raced straight to the lead and was never threatened as he ran some solid sectionals scoring by 3 3/4 lengths over Eighty Eight and West On Lily who were both first up over the distance.