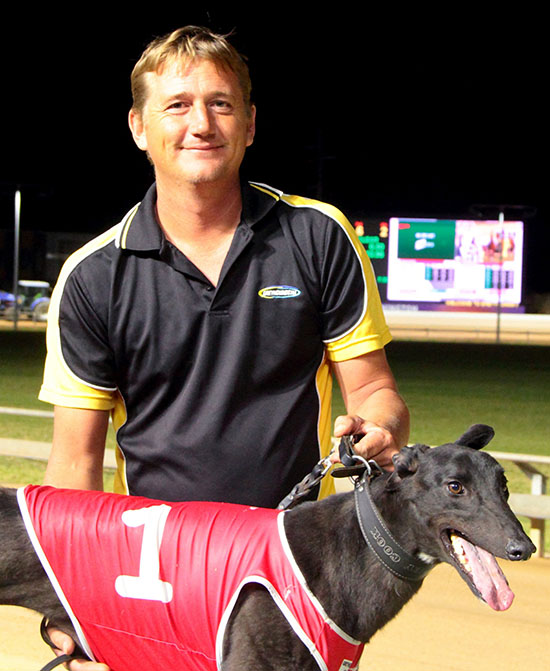 BUSTER KEEPING (Fabregas- Indigo Gem) recorded back to back victories as he swept across from box 8 to win over the 275 metres in 16.37. The Brad Cook trained dog won over the 380 metres last week before his 4 length win over Oakland Raider.

ALL THE RAVE (High Earner- West On Raven) recorded his Maiden win on debut over the 275 metres. The Tony Scott trained youngster wasn’t the best away, however was able to rail through and grab the lead before racing clear to win by 7 lengths in 16.34.

HOSIER LANE (Banjo Boy- Kovesi Zarr) also crossed from the outside draw to record her second win in a row and a race to race double for trainer Brad Cook. The black bitch defeated Ninetymile Barry by 1 1/4 lengths in 16.52. The win was the black bitches 7th career win in 22 starts.