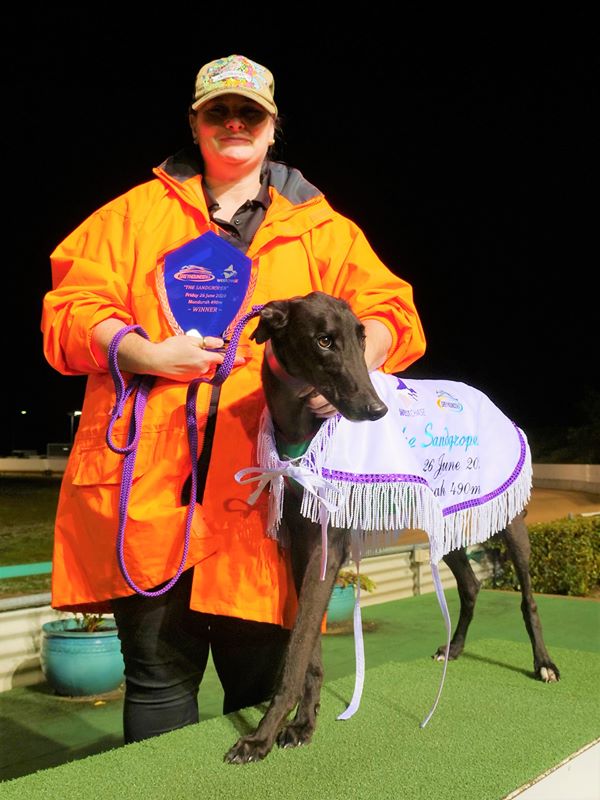 Nambeelup based trainer David Hobby took out another feature race tonight when Steve Monelli overcame an awkward box and wet conditions to win The Sandgroper final in 27.49.

After running second in his heat the son of Fernando Bale reeled in Veyron Star before dashing away in the home straight to win by two lengths.

The Greg Martin prepared Harper’s Hero surged home for a strong second ahead of the Chris Halse trained West On Olvee who finished third.

The Sandgroper trophy is the fifth David Hobby has won after winning in 2007 with Showpiece, in 2013 with Houdini Monelli, in 2016 with Senator Monelli and in 2017 with Mendoza Monelli.

Tonight’s triumph was also Hobby’s 198th of the calendar year.

Race 1 Number 6 JUST CLYDE : Won impressively first up from Queensland in a fast 17.16.

Race 4 Number 2 INCREDIBLE HERO : Surprisingly found the lead and posted a terrific all the way win at 40/1.