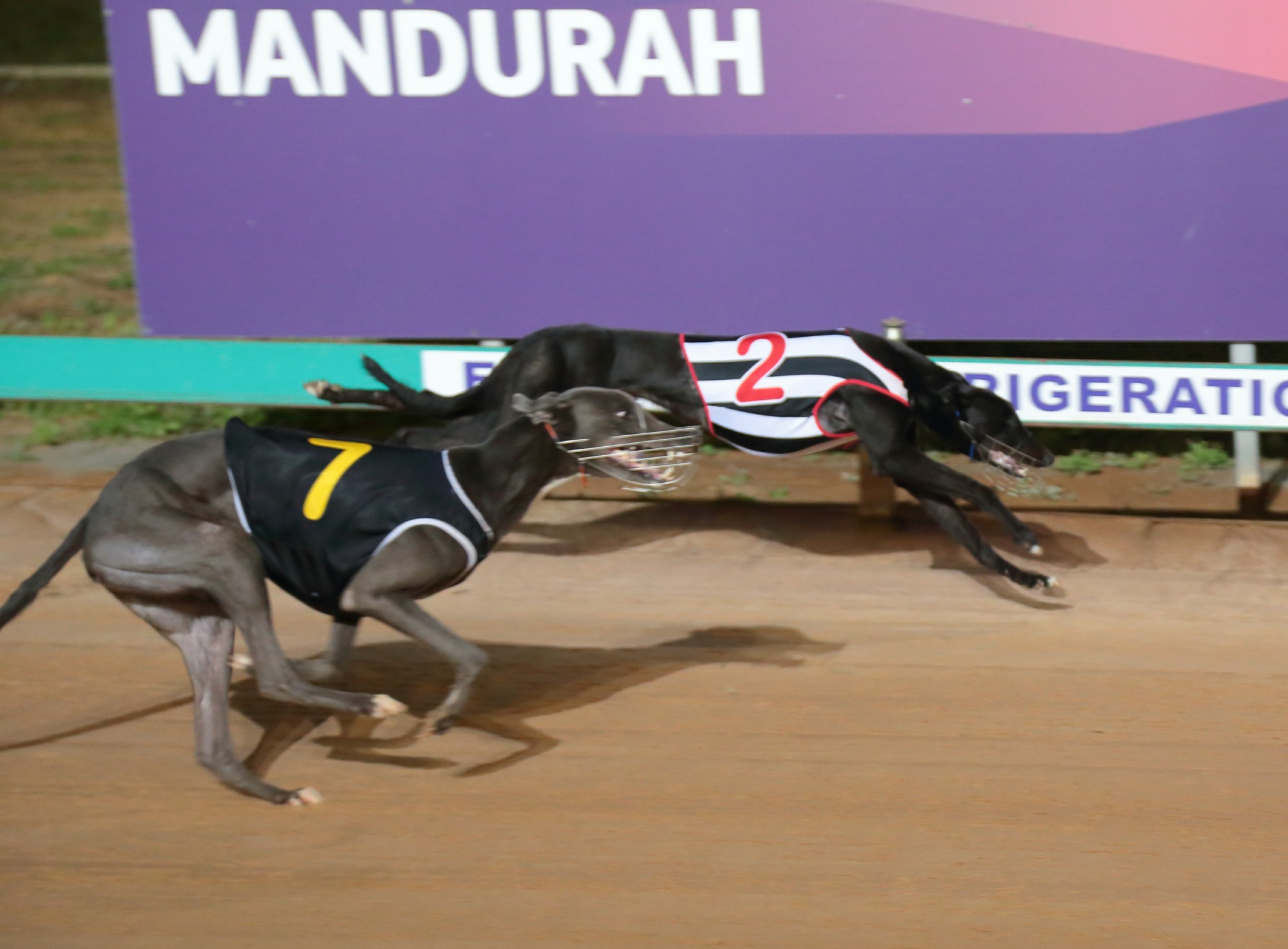 “Ebby Rapper leads throughout first up in WA”

Back in January the 26kg white and brindle bitch won twice over 520m at the NSW venue of Nowra and has recently joined the leading Nambeelup kennel of John Iwanyk.

She began sweetly from box two and when three of her opponents were making their move at half way, namely King James, Fernando Man and Fiorella Forward, the trio collided and lost all of their momentum.

This allowed Ebby Rapper to lead all the way in a smart 23.03 over the 405m journey.

Rank outsider Chimichurri took an inside route in the home straight to finish second ahead of the fast finishing Burnt To Ashes who was third.

Ebby Rapper is owned by Tanya Eberand and is a full sister to highly promising Ebby Jet Power who has won 8 of his 15 starts in NSW.

Race 3 Number 1 ROLLESTON : Ran down Buck Monelli to salute in a wonderful 22.62.