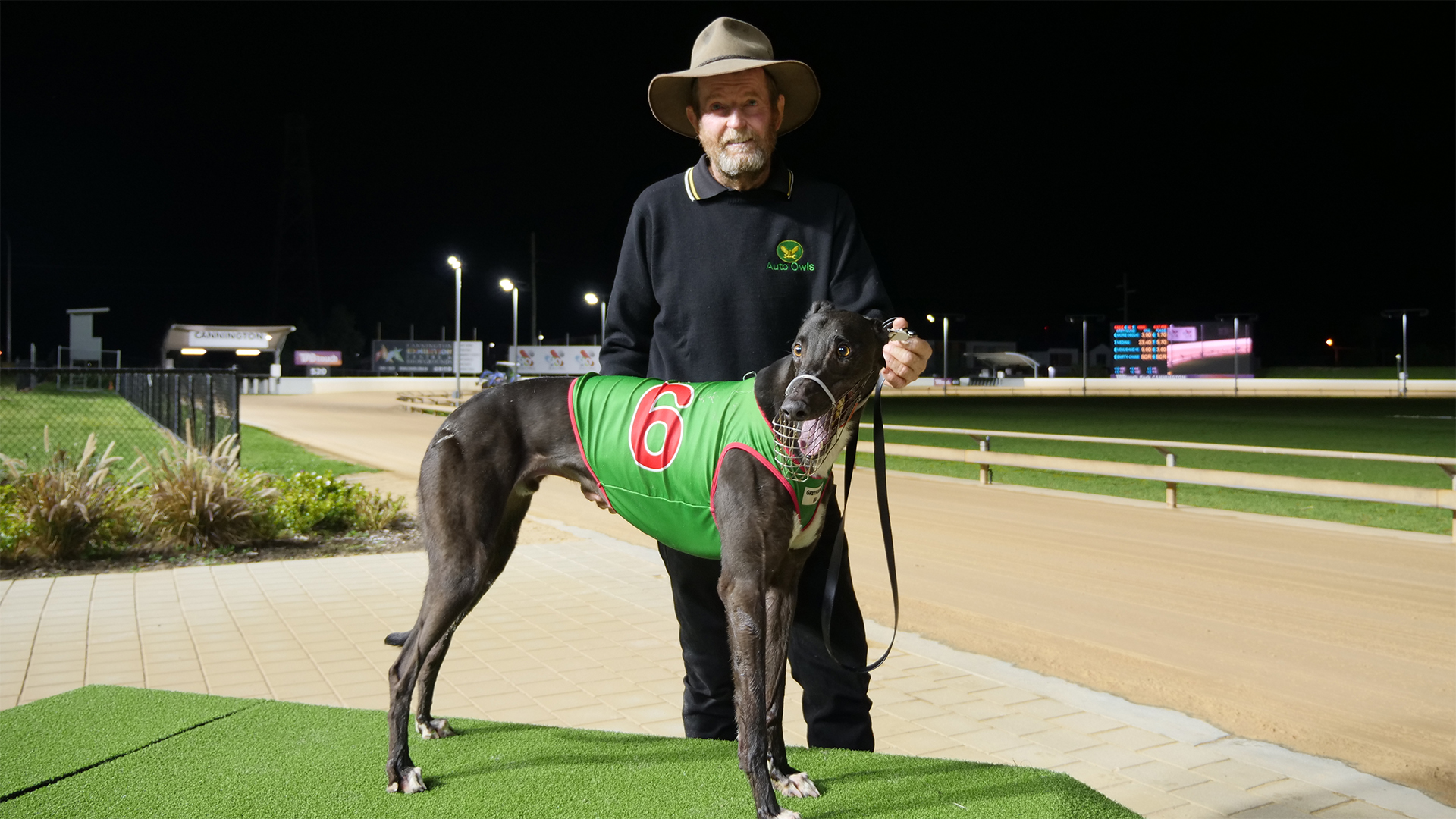 The Galaxy runner-up bustled his way to the front from box six and then streaked away to a race winning advantage.

Cindy’s Oliver rolled on to score in 34.34, nearly six lengths ahead of the second placed Inversion.

The Joe Dailly-trained racedog will be racing for his first feature race trophy on the weekend.

In the earlier heat Banjo’s Girl won by an even greater margin.

After launching quickly from box five Banjo’s Girl captured the lead and then pushed on to win by eight lengths in 34.67.

The handy chaser from Michael Johnston kennels has now accumulated 13 wins from 53 starts.

At the Mandurah last Friday night Thrift Monelli and Veyron Star won their respective heats of the Sandgroper (490m).

Thrift Monelli was particularly impressive, winning her heat by more than three lengths ahead of kennelmate Steve Monelli in a super quick 27.29.

Veyron Star snapped a for race losing sequence when she scored in 27.70.